I Will Build My Church, by Thea B. Van Halsema, International Publications, Grand Rapids, Mich.

The Centennial year has occasioned the writing of these books. I Will Build My Church is a brief history of the first century of the Christian Reformed Church. To give the Christian Reformed Church its meaningful place among the branches of the Christian Church, the history is traced through Augustine, Luther, and Calvin. For the layman who thinks of his Church as suspended in a temporal vacuum, this rootage and perspective will be very helpful. Tracing the line through the Secession of 1834, the migration of 1846, and the break with the Reformed Church in 1857, the author gives a vivid picture of the “pilgrim fathers of the West.” The difficult point of the reason for the break with the Reformed Church is neatly handled by allowing for human frailty on both sides. One is made to sense the feeling of incompatibility which was perhaps the deepest root of the separation.

The rest of the story is largely one of growth, Americanization, and the development of school and mission. Here again a few well chosen facts, interestingly and accurately presented, give a vivid and amazing full picture of the Christian Reformed Church. The book is helpful and should be in our homes. Our children will enjoy reading it.

The other side of the story of the Christian Reformed Church is reflected In The Mirror. By the author’s own confession, this is a critical evaluation. The President of Calvin Seminary recognizes that true self-analysis may prove painful. Undoubtedly the author would agree that God has done great things for us. He is, however, concerned with several serious problems which face the Church he serves and loves.

Prof. Kromminga sums up the contemporary scenes in four chapters:

“Alone and Together,” “One and Many,” “Faith and Action,” and “Church and Neighbors.” These are prefaced by a brief historical essay on “Roots and Soil.” In the tension of their migrant history in which “they were torn between the desire to retain their distinctive character and the desire to realize their new potentials” lies the secret of the position of the Christian Reformed people. Thus we are reminded that our problems are indeed related to a wider American setting. This broader perspective should help us understand ourselves.

Our central problem as a Christian Reformed Church is true Americanization. The two key words are “isolation” and “conformity.” Historically isolation and even isolationism have dominated our thinking. Language and protectionist mentality have isolated us from the country of our adoption. The Church, however, can not be saved by separation. On the other hand, mere conformity is the equivalent of destruction. The danger of conformity is theological bankruptcy : “The Christian Reformed Church is lost if it conforms.” To resort to an aggressive evangelism would be fundamentalistic. The full approach to our environment requires a larger contribution to the religious and social life of America.

The second question is one of conformity within the group. On the one hand, the anthor notes a kind of wooden oneness. Such absolute similarity results from and produces superficial agreement. On the other hand, we should not hecome sectionally or doctrinally divided. The difference between the older U.S. and later Canadian churches is not as great as some suppose. The spirit and fruits of the Doleantie are fortunately found in both groups. Moreover, love will unite us without insisting on absolute uniformity.

In the chapter on faith and action the question is asked: Does our faith always require the particular forms of organization and action which are traditional? We should apply this question anew in the areas of theology, church organization, schools, labor, and mercy. Here we are essentially facing the problem of isolation in action. “Much of the vast activity carried on within the denomination lacks imagination and perspective.” The separate Christian Labor movement is found most wanting.

But what of our relationship to our churched and un-churched neighbors? Again the problem of isolationism must be faced. We are becoming more mission-minded. Here is real improvement. However, more can be done. The official relation with the other churches is less encouraging. The break of the Christian Reformed Church with the N.A.E. was regrettable. The World Council deserves more careful study. The Reformed Ecumenical Synod should be made more effective, especially in letting its voice be heard on world problems.

Prof. Kromminga has indeed taken a long, hard look in the mirror. The disconcerting results, revealed in love, should be received in love. It took courage to raise these problems and it will take courage to do something about them. To have asked these questions is not to have answered them. The primary motive for separate Christian action, it seems to me, has not been protection but obedience to the Word and the development of basic principles. Isolation has often been the price paid both in the Netherlands and in America by a sincere Calvinism. Are Christian principles more acceptable today?

This book is another of the many signs that the Christian Reformed Church is moving into a new era. It is an era marked by Americanization in several ways. There is a more genuine concern for witness, an effort to let our light shine. It seems, however, also to be characterized by a growing impatience with the thinking of A. Kuyper which has dominated the past fifty years. As we look into the mirror many questions arise. Let us seek to answer them in the light of the Word of God. LUBBERTUS OOSTENDORP 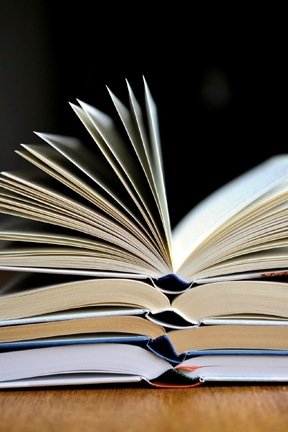 The Society of the Future

A work of major importance, The Society of the Future represents the approach to sociology of a prominent member of that school of philosophy led by Herman Dooyeweerd. Van Hiessen, a professor of philosophy at the Delft University of Technology in the Netherlands, has analyzed the conflict between freedom and security in current society in terms of Christian philosophy. More than that, the book is a sober analysis of current society in terms of its own impulses, its Utopian ideologies, science and technique, all seen from the perspective of Christian eschatology and sociology. Our conception of the society of anti christ will inevitably color our philosophy of history and cannot be disassociated from our sociology, while our Christian concern for the Kingship of Christ obligates us to work towards a radically different society.

Van Riessen’s analysis of Utopia is especially telling. His survey, extending from Plato to Orwell, is prefaced by the comment, “The Utopians are driven by homesickness for the lost paradise, and long for the new earth. Their dreams are utopias, ‘never to be realized,’ because they seek a road to such a paradise that does not pass along the station of the fall into sin. In their flight to a new earth, they forget that there is first a scroll to be opened; and that only the Lamb which was slain can break the seals thereof (Revelation 5)” [p. 38]. The rebellion of modern depicters of the end of Utopia, such as Huxley and Orwell, is futile because they lack the truth of sin and grace, and, for all their horror of tyranny, “their conception of man is the picture of a creature whose life demands tyranny. But the Orwells do not understand man. They do not know who or to what end he is. Therefore they are nothing but the rebellious gravediggers of Western civilization” (p. 67).

Currently, science and technique are pushing society into a collectivist future, but Van Riessen refuses to believe that such a society is necessarily our predestined fate. His book is written in order to forewarn and arm Christians against assenting to such a society, and, by their failure to act, being party to its creation. He discusses at length and brilliantly the present and future in terms of labor, automation, science, technique, cybernetics, and the selfishness and arrogance of modern secular man. His familiarity with conditions in the United States as well as in Europe makes the account all the more invaluable. His discussion of the error of planning is most pertinent; commended as a scientific ideal, planning becomes, in the area of human relations, the source of rigidity and death to initiative. Man, by trying to make the state heaven on earth, makes it a living hell. “The defenders of planning operate with the shadow of what man ought to be. They would establish a stable society that would make man forget that his life is a continuous death, a fact understood even by the existentialist Heidegger. By providing man with security, he can take a nap and abandon the security of the faith in Jesus Christ. What is desired is a planned world that is no longer in need of God’s providential guidance” (p.185), But, Van Riessen asserts, if Revelation is correct, then successful planning is impossible. The success of the planned society is at best derivative and imitative, as witness Russia, busy catching up with the West but unable to give new cultural perspective. The society of the future is a hell paved with good intentions and born out of a desire to plan man’s way into paradise apart from God. “The Antichrist will not just fall out of the blue sky. He will start with exactly such good intentions as Mannheim’s elite” (p. 219).

The collectivist society is not being created by science and technique, Van Hiessen holds, but by man’s spiritual nihilism, which gives birth to mass man. Mass man, mistakenly asserted by socialism to be the product of poverty, is rather the product of spiritual death and false security. “His milieu is where cares have been taken away and removed; where security provided from without has released the tension of the bow of freedom. Security is the need of mass man. . . The mass man can appear only if in such an environment the process of spiritual disintegration has also reached its final stage” (p. 175).

Against all this, Van Hiessen sets the concept of sphere sovereignty. Within Reformed circles, there have been two approaches to this concept. First, as Van Riessen observes, 70 years after Abraham Kuyper established the Free University on the principle of sphere sovereignty, “many of his spiritual heirs now snicker or become incensed at the mere mention of sphere-sovereignty” (p. 69). Second, many who profess sphere-sovereignty as an article of faith hold it abstractly and in isolation from the realities of modern life. Their Calvinism is content to sit on the side-lines, passing judgment on the current scene in terms of an ideal unrelated to the situation. This is not Van Riessen’s approach and the importance of his study is two-fold: first, its excellent analysis of society, and, second, his ability to relate specifically the structural principle to society. It is not our purpose here to go into the details of this analysis, but its importance is very real, and it deserves the careful study of all serious-minded Christians. This relation of Calvinism to contemporary life is too significant to be by-passed by the churches. This is a very important book.

One point more needs to be noted. American readers are once again indebted to David Hugh Freeman for his work as translator; our American theological literature is richer for his services.