Sometimes we like to think of the Reformation as striking transalpine Catholicism with the precipitate abruptness of a flash flood. Luther’s tack hammer reverberates like thunder in our ears. Hyma says, Not so! The movement was much more like a boiling process. The turbulence was there for a long time. Suddenly there was audible evidence of the activity.

Hyma packs this volume with comparisons. He begins by presenting the comparative theories 011 the relationship between church and state. It is the more interesting because the problem is perennial. There is current relevance. The “Pope vs. Emperor” fights make interesting reading. The point of concern, however, lies in the fact that the imperious papal claims have never been fully abrogated. They have been merely sublimated where expediency demanded. “For salvation it is necessary for every human creature to be subject to the Roman Pontiff.”

It should not be supposed that our present church-state relationship is Calvinistic. Though a Reformation heritage, it is hardly more Calvinistic than Romanistic. Calvin was not averse to a bit of heretic hunting by the magistrates. Tn the eleventh chapter of Book IV of Calvin’s Institutes we read, “But as it is the duty of the magistrate, by punishment and corporeal coercion, to purge the Church from offenses, so it behooves the minister of the word, on his part, to relieve the magistrate by preventing the multiplication of offenders.” (p. 488, Allen trans.) . Calvin envisioned and practiced a much closer affinity between the clergy and the magistracy than does our constitutional “Bill of Rights.”

Hyma has a chapter entitled: “Politics in the Age of the Renaissance.” This is actually a misnomer as it treats the political theories rather than the passing political events. There are also separate treatments covering the political and economic theories of Luther and Calvin. Here we are not left to the mercy of the author’s interpretations. We are rather taken directly to the sources. We get the varied and individual flavor of the great Reformers first hand. Perhaps this is the outstanding merit of the present volume. As a tireless student of the Renaissance and Reformation periods Hyma has probed the sources. This industry brings to us a veritable treasure of source quotations. As a result this work is not only worthy of careful reading initially but becomes a valuable reference source in its field.

The “Reformers” before the Reformation are given extensive treatment here. This was to be expected since the author includes the results of some of his original research which appeared earlier under the title: “The Christian Renaissance.” Herein the author and the published have cooperated for our benefit since the earlier work has been out of print for some time.

Beginning with Gerard Groote (1340–1384) at Deventer we find the initiation of a persistent though mild influence towards the reform of the clergy. The circle widened from its inception in the Yssel country through the organization of the “congregations” of the Brethren of the Common Life. These men, mystics and educators, sought to lead the clergy as well as the laity back to the simple formulas of Christian living as expressed in the Gospels. The influence spread most effectively through the schools. Eventually the region beyond the Rhine and even Paris was touched by the emissaries of the “Devotio Moderna” as the movement was called . It is almost startling to learn that three such widely separate influences as Erasmus, Calvin, and Loyola ail passed through the college of Mantaigu in Paris. It had been reorganized by John Standonck to reflect the reforms of the Brethren of the Common Life.

The outstanding figure of the second century of “Reformers” before the Reformation was Wessel Gansfort, born 1419 or 1420. Gansfort went beyond the mild criticisms of the Brethren and actually questioned some of the doctrines of the Roman Catholic Church. Many of Gansfort’s pronouncements could also have been the words of a Luther or a Calvin. He was widely read, as reading went in those days. H is influence went beyond the Rhine also so that his writing’s could hardly have escaped the notice of Luther. Hyma makes much of this influence. He credits Gansfort together with his “Brethren” predecessors with much of the Reformation spade-work. True, Gansfort’s deliberations on justification were similar to Luther’s and his thinking on the sacraments resembled Bucer’s. Yet it took a Luther to lay the axe against the tap-root of the Roman Catholic sacerdotal system. The “Devotio Moderna” only sought to lead the priesthood to a more faithful execution of its prescribed duties. Luther boldly asserted the priesthood of the individual believer.

Hyma takes up the axe for some telling blows of his own. He swings energetically at some pontiffs in the field of Reformation history. Blind leaders of the blind, these! Von Weber and Tawney are shown to be wrong in their interpretation of the Reformation’s economic results. Exception is taken to their delineation of the relationship between Calvinism and capitalism. The oft quoted Toynbee is also taken to task for his perfunctory treatment of the Reformation Lion, especially his evaluation of Luther. Hyma rightly asserts that such men as Nietzsche, Emerson, and Preserved Smith err in their interpretations because they lack a true understanding of the nature of Christianity. Such men “could gather accurate factual information relating to the movement, but as interpreters they were necessarily failures.”

Hyma is one of the few present-day historians of note who thoroughly understands the theological distinctions on which the Reformation was based. At times, however, he leaves the impression that a remedy of practice would have sufficed without a radical re-emphasis of principle. Nevertheless, he has done the Reformed tradition a real service by his comprehensive study. It should be widely appreciated within Reformed circles. It should do much to correct misconceptions beyond the Reformed pale. 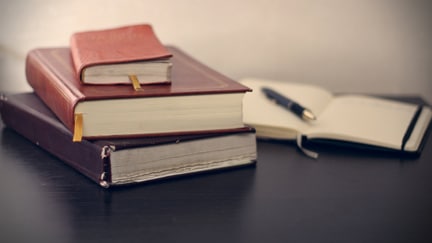 “At mid-century man is a creature pathetically unsure of himself.” With these words a recent article began in the Atlantic Monthly. The voice was that of Liston Pope, dean of the Divinity School of Yale University, appraising our contemporary civilization. Modern man has “discarded faith in a deity has diminished in moral and spiritual stature.” But whatever hope we might have that such honest self-indictment on the pan of Liberalism is a sign of true conversion is short-lived. Such articles augur no back to God Movement. Rather, man’s ultimate “problem is himself. All the great religions have insisted that recognition of this fact is the beginning of true wisdom and the prerequisite of man’s salvation.” Liberalism. surrounded with chaos, still refuses to look to the hills from whence our help cometh. Small wonder, then, that the title of Pope’s article is “Man Is The Measure.”

Against such a background one can see that “Aspects of Liberalism” is a pertinent book. Liberalism is not dead. Witness its propaganda of the lie over the radio, its widely heard voice through the N.C.C.C., its power in local ministerial associations. It’s an enemy powerful and pernicious, much to be reckoned with. Hence we welcome this book from the former professor of systematic theology at Calvin Seminary.

Liberalism has suffered some tremendous shocks through the upheavals of the last few decades. Its Social Gospel, proclaiming man’s inherent goodness and promising heaven on earth, staggered under the impact of two world wars. But not even such blows were fatal to liberalism. It reinterpreted and restated its position; at heart it remained the same. The clothes changed; the voice is still Esau’s.

This book contains an analysis of the historical roots of modern liberalism. The evolutionary hypothesis, with its assumption of continuous development, was applied to the historical development of the Kingdom of God upon earth. The Renaissance put man on the center of the stage, and theology became anthropocentric. The scientific spirit had no place for the supernatural, and miracles in nature and grace were reduced to phenomena which. were naturally or psychologically explained. Pantheism obscured the fundamental distinction between man and God, and man became a little god, divine. Schleiermacher’s “God-consciousness” and Ritschl’s “value-judgments” cut away the objective revelation of God in the incarnate and inscripturated Word, and made faith rather than revelation the source of theology.

The author subjects liberalism to basic criticisms. It is on the score of the fundamental Christian doctrines that it errs, and is exposed. It denies the personal, Triune God. His infallible revelation, the standard of faith and conduct, becomes just another book of religious experience. Sin is imperfection, involving no guilt. Jesus is honored as a teacher, but not worshipped as a Redeemer. Salvation is man’s task, requiring the development of his potential goodness and Godlikeness. Heaven isn’t a future reality; it’s a goal that beckons here below; The reading of such a critique ought to convince us who our real enemies are in the religious world of today.

Lest anyone imagine that “religious realism” and neo-orthodoxy mark a real return to the orthodox Christian faith, the author devotes a chapter to the consideration of the teachings of Barth, Brunner, the Niebuhrs, and others. For them “revelation” is not an objective, historical revelation of God, but a momentary act, imping-ing on the human consciousness of the individual concerned. Sin did not have its origin in a historical fall; there is no imputation of Adam’s guilt; sin is lack of harmony with moral ideals. T he deity of Christ is denied; his vicarious sacrifice rejected. Truly liberalism is not dead.

This book has instruction for us today. It reminds us of the necessity of clear indoctrination in the concepts of the historic Christian faith for liberal preachers have poured new content into old words. It contains warning to those who imagine they can reform society without redeeming sinners. It speaks throughout of the Biblical truth that salvation is or grace, and grace alone.