The Visible Words of God

This book treats the sacramental tlleology of the Florentian Reformer Peter Martyr Vermigli (1500–1562). There are several factors that make this study one of interest and worth, especially for those of the historic Reformed faith. One is Peter Martyr’s thorough going Calvinism, which is particularly evidenced in this book in the discussion on the sacraments, in the correspondence between Martyr and Calvin, and in Calvin’s plea to Martyr to lead the Italian Reformed Church of Zurich. Another factor is Martyr’s influence, which was international in scope. In Italy, while he was still within the Roman Catholic Church, he made an impact by his preaching and the exercise of church discipline. In Strassberg, as a professor of theology and as a party in debates with the Lutherans on the Lord’s Supper, he carried weight. However, his greatest influence was to be found in Oxford, where as a professor of theology he was frequently called upon to enter into the theological debates on the burning issues that confronted England as she was making up her mind in the Roman-Reformation struggle. Here he made a definite contribution to the theology of the framers of the Second Edwardian Prayer Book of 1552 and the Forty-Two Articles of 1553, particularly in their sacramental theology. These two documents were to have a permanent influence on the Church of England and the Church of Scotland. Two other countries which felt the impact of his theology were Switzerland and France. In spite of the prominence of this Calvinist, little has been written of him, and therefore it is profitable that McLelland has given us this study. 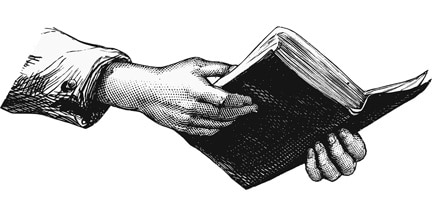 The first chapter is a 68-page account of Peter Martyr’s life, an account that is not too detailed to be tiling and yet full enough to acquaint one with the flavor of Martyr’s life and thought as he emerged from the Roman Church and wrestled with the great controversies of his day. (More than a chapter-long biography of Peter Martyr has never been written!) The rest of the book treats these controversies, namely those that centered around the great sacramentarian debate, particularly as it relates to the Lord’s Supper.

McLelland makes practically no attempt to evaluate Peter Martyr’s views; he simply reproduces them. This he does by extensive quotes from Martyr himself, thus making the book of special value, since the works of Martyr have not been translated from the Latin. The author intersperses his comments but it must be said that it is much easier to understand 16th century Martyr than 20th century McLelland. Martyr is lucid, McLelland is not. There is a marked contrast in style between the chapter on the life of Martyr, which is well written and intriguing to follow, and the rest of the book, which formed a basis for the author’s doctrinal dissertation at Edinburgh. Here the style is heavy, disjointed, and abrupt. It was easier to interpret the author by reading Martyr than vice versa.

One who is acquainted with the Reformation theology should not expect to find here startling, new ideas concerning the sacraments. Yet Peter Martyr’s formulations and analogies will cause one to see more clearly many of the issues involved in the problem of the sacraments. When these ideas can be acquired in the context of the times and spirit of the Reformation and of one of its capable, influential, but little known Reformers, it makes for pleasurable and rewarding reading.