Republican presidential candidate Gary Bauer recently delivered a speech at St. Anselm College in Bedford, NH, that touched on familiar moral issues I at the center of his campaign. Among other things, Bauer said, “Many…assaults on the Catholic Church and traditional Christian beliefs take sexually explicit forms because, for some on the extreme left, unrestricted sex has become a sacrament…So long as I we Christians insist that there is a moral dimension to human sexuality, our values will be made the target of obscenity by those who would strip this most intimate of human relationships of any moral consideration beyond ‘If it feels good, do it.’”

There has been a lot of talk like this lately. Christians and their “values” aren’t getting the respect they deserve from non-Christians. In fact, say many on what the press calls the Religious Right, they are being persecuted for their beliefs.

The direct-mail fundraising letters from various TV ministers and some who are ministerial “wannabes” speak of “religious perIsecution” complete with appropriate exclamation points. They cite the religious connections in the Columbine High School killings of last spring and the Fort Worth church shooting this fall. They ask for money to fight this “persecution,” though specifics are often lacking beyond “restoring” prayer and Bible reading to public schools or hanging the Ten Commandments in classrooms. Blame for this persecution is laid at the doorstep of the American Civil Liberties Union, an organization that sends out its own fund-raisers requesting money to fight the intolerant Religious Right.”

The presumption is that non-Christians are supposed to accept the Christian agenda and beliefs without question. Christians are surprised and offended that anyone would oppose their beliefs and tactics, because they claim to be right. When they are killed for their faith, they suggest that this is unnatural and unprecedented and that government should classify this extreme form of persecution as a hate crime. 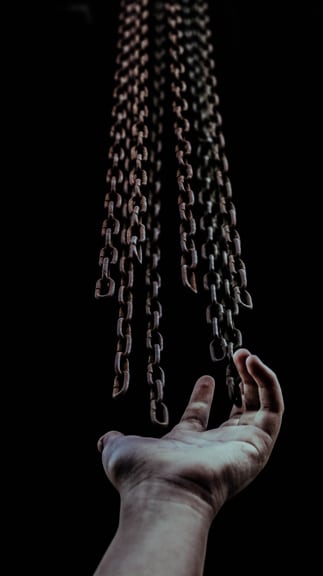 Two things. First, many in the world who are being beheaded, stoned, flogged and imprisoned for their faith might gladly exchange such real persecution for the mostly mere inconveniences experienced by American Christians. Second, isn’t it curious that people who claim to believe what the Bible says think it unusual, or even outrageous, that they would be subjected to persecution for their faith? The prosperity gospel they can handle. The persecution gospel they’d rather avoid.

Here is what their Leader said about persecution: “Blessed are you when people insult you, persecute you and falsely say all kinds of evil against you because of me. Rejoice and be glad, because great is your reward in heaven, for in the same way they persecuted the prophets who were before you” (Matthew 5:11–12). The key word here is “falsely.” If one is persecuted for being a jerk, he deserves what he gets.

Elsewhere Jesus says, “If they persecuted me, they will persecute you also” (John 15:20). So why does persecutlon come as a surprise?

The Apostles suffered greatly for their faith. Some were flogged. Others lost their liberty and all but one lost his life, the last one suffering exile and dying a “natural” death on an island. None complained or asked the government to step in and stop the persecutlon. In fact, the record tells us they “rejoiced” that God counted them worthy to suffer disgrace for the Name (Acts 5:41).

So, lighten up, Christians, and get about the business of doing the things that will bring real persecution. You are not being fed to the lions, but you are being fed a lot of baloney by some of your leaders who, frankly, don’t know what they’re talking about when it comes to real persecution.