Lot had noticed the green pastures of the valley. Upon the invitation of his uncle he had chosen the most advantageous site for the thriving of his flocks and herds. Certainly fertile plains were better than the rocky hills. In the lush, albeit wicked, valley his family would surely prosper. Lot, however, was not the only one who had noticed great wealth to be found in this area of the world. Several years earlier, Chedorlaomer, king of Elam, had succeeded in establishing lordship over several western regions, including the cities of Sodom, Gomorrah, Admah, Zeboim, and Bela. Much like the Romans in the period of the Gospels, King Chedorlaomer held undisputed sway over the petty princes who ruled the nations in the Jordan valley. For twelve years, these city-states paid tribute to the eastern monarch. In the thirteenth year they rebelled, refusing to meet the demands of their oppressor.

The sudden loss of tribute no doubt infuriated the king whose name meant “Ravager of the West.” Taking a year to plan his strategy, King Chedorlaomer gathered his allies and together they unleashed their fury over the entire region from southern Syria to Sinai, brutally annihilating and plundering the cities in their wake. This was no small battle or squabble between local chieftains; it was a major invasion of one area of the world by invading soldiers from another area of the world.

The invasion route was the same as that taken by Terah and Abram in their migration; their intent, however, was totally different. The patriarch had come in response to the sovereign call of God; King Chedorlaomer came to demand that his sovereignty over the land be reinstated and recognized by all. The ambitious king could not bear the loss of his reign over the land he had conquered by his might. He would soon discover his mighty arm was defenseless against the One who is truly Sovereign.

Less than twenty miles away was Abram, the man of God. Unlike Lot, who had allied himself with the notorious Sodomites, Abram lived in peace in Mamre, where he had built an altar to God. The allies of King Chedorlaomer either did not know Abram existed or did not believe attacking him in the hills was worth their effort. Genesis 14:13 tells us that “one who had escaped came and reported this to Abram the Hebrew.” This is the only place in the Old Testament where Abram is referred to as “the Hebrew.” Still considered a foreigner in the region, Abram was living peacefully in the mountains. He had lost no investment in the invasion, nor did he have any interest in its outcome.

The Response of Abram

However, along with the report of the great invasion came the news that his nephew, Lot, had been taken captive. Living with the Sodomites, he had faced the same fate they did. Abram could have found many reasons not to go into battle. After all, his relationship with his nephew had been dissolved. Lot had no reason to complain; Abram had done him no wrong. He had trusted more in the walls of Sodom and his untried friends than he did in Abram and the living God. Abram could even have reasoned that this was God’s way of clearing the land and preparing it for his descendants.

Whereas King Chedorlaomer went to war out of selfish ambition and pride, Abram set off to battle for the sake of his loved ones. His affection for the family along with the grace of God reigning in his heart did not permit him to cherish any secret satisfaction in connection with Lot’s captivity. He responded immediately, leaving his herds and family to risk his own life for the sake of his nephew. What a powerful contrast we see between the Abram who sheepishly went to Egypt because of a famine and this Abram who does not hesitate to pursue the kings of the East.

With three hundred eighteen men Abram set out to liberate his nephew. These men were not trained military men, but trained in domestic duties. The battle was not fought with military genius or generals; it was a battle fought by faith. With the advantage of surprise and darkness, Abram defeated an army that had gone undefeated for more than a decade.

It is ironic that the one who was referred to as “the Hebrew” and viewed as a foreigner in the land is the God-ordained possessor of it. As such, Abram took upon himself the role of king to squelch the enemy and bring freedom to the captives. This event foreshadows the fulfillment of the promise God had given to the patriarch that one day the land would be his and the people therein his offspring. As such, we see the nomad Abram as the true, divinely appointed king of Canaan. If Abram with his small army could defeat the invincible Chedorlaomer, the descendants of Abram would most certainly be able to take courage once they entered the Promised Land years later. They could defeat the Canaanites when it was finally time to settle in the land.

It also foreshadows the role that Jesus Christ plays in our salvation. Like Lot, we are more enamored with the plush valleys of Sodom than the altar at Bethel. Like Lot, we may not be aware of the tribute that must be paid to the one who holds us captive. Nonetheless, should we rebel against his tyranny, we find ourselves to be helpless. It is only when the One who is truly king comes to our rescue and defeats the pseudo-king that we can be truly set free. Like Abram, the Son of God did not need to come to our rescue. He could easily have left us in our captivity. He who is truly King of kings, however, left the glory of heaven to rescue His people from destruction. 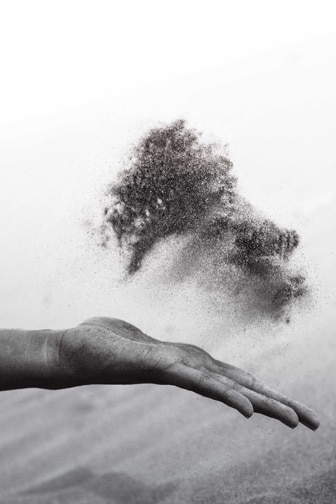 The Purpose of Abram

While Abram may not have consciously recognized himself as the true king of Canaan, the foreshadowing of the great kinsman-redeemer is too obvious to be overlooked. When Abram’s brother Haran had died, Abram had provided for Lot. They had moved together to the Land of Promise; they had become wealthy together in Egypt. While the departure of his nephew must have been difficult for Abram, he saw it as the best way to resolve family conflict. Abram, no doubt, felt a certain responsibility toward Lot.

As kinsman redeemer, Abram was responsible for the welfare and well-being of his nephew. Without thinking of how it might jeopardize his own peaceful life, Abram set out at once to save Lot. In that way, Abram is a type of the great Kinsman-Redeemer who took upon Himself the responsibility of our salvation. In His person, the Lord Jesus

Christ, like Abram, was the kinsman of those whom He delivered out of bondage. The work He undertook was our delivery out of the hands of Satan, whom He overthrew. The motivation that prompted Jesus to take on such great warfare was His love for His kinsmen. Jesus fought the battle that redeemed us from certain ruin. The great Prince of Peace took upon Himself the obligation that secured our freedom.

The Response of Lot

In the next lesson, two kings approach Abram to acknowledge him as the great victor in the battle against King Chedorlaomer. There is no record, however, of Abram’s nephew, Lot, expressing any gratitude for the rescue his uncle provided. He remains passive and powerless when compared to his courageous and powerful uncle. He was unable to maintain the vast wealth he had hoped to accumulate in the plush plains while Abram rescues him with a handful of herdsmen.

One cannot help but wonder what must have been going on in the young man’s mind. Once more, his uncle had provided. Once more, his uncle proved the wiser and the braver of the two. Instead of acknowledging the wisdom of his rescuer, however, Lot returned to the shallow, worldly life of Sodom. Instead of taking warning in what might have proven his ruin, he returned to the plains. There is no hint of appreciation expressed to Abram, no sacrifice of thanksgiving offered to Abram’s God.

How often do we respond in the same manner to our Kinsman-Redeemer? Through the Holy Spirit, we have our sin pointed out to us. We come to understand that we have slipped into the worldly mindset of Sodom; held captive by the Prince of Darkness. Upon receiving the good news that we have been rescued through the powerful redemptive work of our Savior Jesus Christ, how do we respond? All too often, instead of running to the altar of thanksgiving, we move back to Sodom just as Lot did. Our lives must rather reflect a thankful spirit that seeks to bring glory to the King who gave Himself up to become our Savior.

1. The word “king” appears twenty-eight times in Genesis 14. Why do you suppose this word is repeated so often?

2. Why do you suppose Abram is referred to as “the Hebrew” in this passage?

3. What possible excuses could Abram have used for not going into battle?

4. Having described the power of the kings of the East, what does the author of Genesis want us to know about Abram in verses 13–16?

5. Compare and contrast King Chedorlaomer and Abram and their reasons for going to war.

6. How does Abram take upon himself the role of king? How does it foreshadow the kingship of Christ?

7. Compare and contrast the kinsman-redeemer aspect of Abram with that of Boaz.

8. What does the battle between Abram and Chedorlaomer foreshadow?

9. What do we find missing at the end of this passage?