The end of Genesis 11 contains a new beginning. Up until now we have seen creation, destruction, and repopulation of the world. The beginning of God’s Word focused on the world in general. Now it begins to focus on one person in particular—Abraham and his descendants. The first eleven chapters of Genesis covered a period of 2,000 years. Twenty generations of human history are covered in just eleven chapters of the Bible. The rest of Genesis, Chapters 12–50, follows the history of one family over a period of four hundred years. It records detail after detail of the life of Abraham—his call and his fall, his trust and distrust, his strengths and his weaknesses. Then Genesis tells us detail after detail about Abraham’s son, his grandson, and his great-grandson: Isaac, Jacob, and Joseph. The rest of the Old Testament is devoted to the history of the nation that comes from the children of Abraham, Isaac, and Jacob.

That is done because Genesis, as well as all of Scripture, is ever forward looking. The Bible is the Book of Salvation. It is the Book of Redemption. Eleven chapters of the Bible are focused on the creation of man, the fall of man, the depth of that fall, and then the rest of the Bible deals with the future of the world and where the human race will spend eternity. It is ironic that the human race seems to have turned this all around. Today we are forever looking for the origin of all things while we pay very little attention to where we are headed.

Abraham has been called in the Bible “a friend of God” and “the father of the faithful.” In Genesis 11 we are introduced to the one Paul calls “the father of all true believers” who, with his descendants, is the subject of the entire biblical revelation. In this study of the life of Abraham, we shall see the four steps of Abraham’s spiritual pilgrimage—his call to leave Ur, his need to learn dependence upon God, his need to learn that God can do all things, and his need to know God will do all things for those who trust in Him. And we shall work to respond in faith to God’s call as Abraham did. 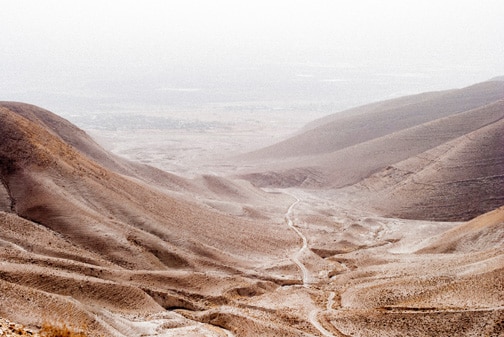 In Genesis 11:27–32 we are introduced to Terah’s family. He had three sons: Abram, Nahor, and Haran. Abram is named first not because he is the oldest, but because he is the most important as far as biblical history is concerned.

Haran had at least three children: Lot, Iscah, and Milcah. Haran died at a relatively young age before the family left the city of Ur. Nahor married one of Haran’s daughters, Milcah, and started a family. Abram married Sarai who was also a daughter of Terah. She is a half-sister to Abram. Abram took care of Haran’s son, Lot, after Terah died.

The family of Terah began to make the trip toward Canaan already before Abram received the call of the Lord in Genesis 12. Stephen, in Acts 7:2–4, says that Abram had received the call to leave “his country and his people” while still living in Ur. After Terah died in Haran, the Lord calls Abram to leave his country, his people, and his “father’s household” in Genesis 12.

It is generally agreed that the city of Ur is located in southern Babylonia. It is interesting that the Lord calls His first patriarch out of Babylon. Earlier in the chapter, God had scattered the nations from Babylon by confusing their language at Babel. Now, God calls to Himself the father of His nation from Babylon. In the future, this same nation would be exiled to Babylon.

In the day of Abram, Ur was considered to be one of the most civilized and cultured cities of the world. Archaeologists claim that a gravity system of running water provided homes in the city with running water, indoor plumbing, and even a type of air conditioning. It was no small request from the Lord to have Abram’s family pack everything up and become nomads living in tents.

Ur was also polytheistic, and the family of Terah was no different (Joshua 24:2, 14, 15). The call of Abraham is a great example of God’s sovereign election. Abram was not a Jew when God called him. He was a pagan, in all likelihood an idol worshipper. Passing by the whole nation of Chaldeans, God goes to one single family, and in that family He passes by everyone except for one man—Abram. Such action on the part of God reveals His sovereign grace. There was nothing in Abram that made him worthy of being called above the others. In fact, the opposite is quite true. Abraham was an old man without any offspring. But in His sovereign grace, God chooses Abram, the son of Terah, and makes him a shining example of His electing love.