Recently I received a brochure from the public school system that explained why they had a full time policeman on staff. Yes, it was true that weapons were as commonplace as cell phones in this inner-city school. Yes, it was true that there had been a stabbing or two, but the students were basically good. They just needed some positive influence to reinforce their behavior.

Enter the law of God. The Jews knew they did not keep the law perfectly. They knew they some needed mercy from God, but they still saw themselves as basically good. It is as if they would automatically get a 90% on the final exam. All they needed was a small curve in their favor to get it up to 100%. And they had it; after all, they were Jews. An occasional sacrifice at the temple, the donning of phylacteries, and praying at the proper time would ensure God’s good favor on them.

Like Nathan in the Old Testament (2 Samuel 12:7), Paul begins the second chapter of Romans by shouting, “You are the man!” After spending a full chapter on how “they” are without excuse, Paul turns the tables on his readers and writes, “You are without excuse.” He declares that, although godless and wicked people certainly face the wrath of God, those who pass judgment on them must be careful, lest they face the same. Everyone who lives in stubbornness and with an unrepentant heart is storing up the wrath of God for himself. Everyone who lives in sin is worthy of death—no matter what his upbringing may be. This holds true not only for the godless and wicked, but also for those who loudly and self-righteously condemn others.

Paul seeks to remove from the church the concept of salvation by works. In this chapter, he prepares the way for the basic premise of the gospel: that all are guilty before God, and that all—Jew and Gentile alike—need to be reconciled to God by the one way He has provided—His Son’s atoning sacrifice on the cross.

The Jew had no difficulty condemning the Gentiles for their wickedness. In the apocryphal book, The Wisdom of Solomon, the Jews were taught that the wrath of God was only on the Gentiles. After all, the Jews were in possession of God’s law and knew God’s will and therefore would not be judged by God. The Pharisees were harsh in their judgment of the tax collectors, prostitutes, and others who did not keep the law. Their own pride, lust, and avarice, however, they overlooked. By doing so they condemned themselves. They are no better than those whom they judge. Their sins stem from the same totally-depraved nature.

We must be careful, however, not to speak too harshly of the Jews, for then we would equally guilty. How often we can condemn bad behavior in others while practicing the very same things ourselves. As fallen creatures, we are often blind to our own faults; yet we quickly condemn those very same sins in others. Others are argumentative, but we have strong convictions. Others have anger issues, but we are enthusiastic. Others are guilty of lying, while we are good salesmen. People who drive slower than we do endanger us “normal drivers,” and those who drive faster than we do are a menace on the road. Rationalizing sin does not change the fact that it is still sin. As sin, it brings God’s righteous judgment on us.

There is no such thing as “relative truth,” nor is there any such thing as “relative sin.” God does not call black “white.” He will not excuse or overlook sin just because the one who commits it is in the covenant. Sin is sin, and God will judge it as such in every human being regardless of race, color, or creed. The author of Hebrews writes, “It is appointed once for man to die, and then the judgment” (Hebrews 9:27). No one will escape; everyone is without excuse, no matter how loudly he may condemn the sin that he sees in others. If all your deeds are as filthy rags, it will not excuse you to say that your neighbor’s rags are dirtier. God’s judgment is based on truth. Just as the Jews were not immune from God’s judgment, neither are we, just because we are Reformed. We have no more immunity than do the Gentiles or the pagans. Either we are declared righteous through the gospel of Jesus Christ, or the wrath of God rests on us. 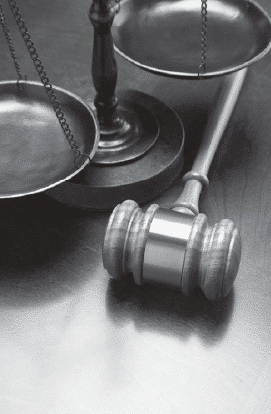 Seldom do people understand the depth of their own sin and the certainty of divine judgment on their sin. Christians and non-Christians alike will certainly acknowledge that they are sinners. After all, nobody is perfect; to err is human. Yet, even as we admit that we are all sinners, we refuse to acknowledge that the wrath of God is on our own particular sins. Instead, it is argued that God’s wrath is reserved for the heinous sins that we read about in newspapers. It is reserved for people like Adolf Hitler, Joseph Stalin, and Judas Iscariot.

Should we become convinced of our sin, we attempt to escape the judgment of God. We run to the false teachers who appeal to God’s character and love. They point us to His kindness, tolerance, and patience (v. 4). Books such as Rob Bell’s Love Wins teach that God is longsuffering and will not punish anyone. Like Satan when he tempted Jesus in the wilderness, they misquote Scripture to their advantage, claiming that “The Lord is compassionate and gracious, slow to anger, and abounding in love” (Psalm 103:8).

The simple fact that God does bring judgment on sin should cause those who follow such teachers to see the folly of their logic. First of all, anyone who studies history or watches the news can attest to the temporal punishment of God. The pride of Edom became her downfall (Obadiah 3, 4). The great Roman Empire collapsed not because of the outward attacks from enemy armies but because of its own moral decline. Can the same be said of North American countries? Certainly the wrath of God “is being revealed” today (Romans 1:18).

The wrath of God also “shall be revealed” (Romans 2:5) to those who choose a life of self-righteousness and do not turn to Christ for the forgiveness of their sins. No sin will escape the wrath of God. It is always paid for, either by Christ, by whose wounds we are healed, or by the sinner who rejects Christ as he suffers eternal condemnation.

While we glory in the truth of a compassionate, longsuffering God, we must be careful not to misuse it. Those who promote such a false assurance misinterpret the generosity of God. The call is not to sin all the more that grace may abound, but rather to repentance. The goodness and kindness of God should lead to a change of heart. Rather than pride, we should be filled with humility that God would be so gracious as to save us in spite of our sin. As Paul describes the horrible downward spiral of sin and the impartial judgment of God, we should acknowledge that there is no hope to be found in ourselves—it is by grace alone, in Christ alone.

In chiastic form, Paul writes about those who with selfish ambition do not obey the law and therefore face judgment (Romans 2:8, 9) and those who do good works and receive undeserved glory and honor (Romans 2:7, 10). Some see these verses as promoting salvation by works and in opposition to Paul’s theme of salvation by faith alone through Christ alone, but grace is the very theme that Paul begins to promote with these verses.

Taking these verses in context with the rest of Romans, Paul reasons that the deeds of every individual who ever walked on this earth will be weighed on the scales of God’s righteousness and be found wanting. Wealth, power, nationality, and lineage will count for nothing. Church affiliation will count for nothing. The standard will be the same for all—did you obey the law of God perfectly? By His law, “God will give to each person according to what he has done” (Romans 2:6). The reward for those who do good is eternal life; for those who pursue evil: eternal condemnation.

Since all are found wanting—guilty before God—all of mankind will face the eternal wrath of God if left to their own good works. That is exactly why the just must live by faith. We are not to come before the judgment seat with our own deeds, but clothed in the perfect obedience of God’s Son, Jesus Christ. Paul wrote to the Corinthian church, “God made Him who knew no sin to be sin for us, so that in Him we might become the righteousness of God” (2 Corinthians 5:21). By making Christ the perfect sin offering for us, God declares us righteous in His sight.

Christian behavior, then, becomes an outpouring of our faith. Like James, Paul reasons that true faith produces good works. Some may do good works motivated by self ambition. They pursue their own good. They resist the right and yield to wrong as they boast in their own merits. Upon them is the wrath and judgment of God. Those, however, who seek to bring honor and glory to God, do good works, not to attain salvation; they desire to express their thanksgiving to God for the salvation He has provided. By grace they are declared righteous and obtain the eternal and incorruptible gifts of God.

1. Chiastic structuring is a literary device used to build up to the main point and then back off from it in the reverse order (so that the parts ‘cross over’ like the members of the letter Chi—X).

1.    What made the Jews think that God would be more lenient with them than He would be with the Gentiles?

2.    What does Paul say to those who think they are better than others? How are covenant children in the same danger as the Jews?

4.    What two kinds of judgments are there? How is God’s judgment being revealed today?

5.    What is the purpose of God’s patience toward the sinner?

6.    What is the motivation of those who do good/evil? What is their reward?

7.    Can anyone be saved without good works?

9.    Does the thought of God’s eternal wrath frighten you? Why or why not?