In Romans 13, Paul encouraged Christians to fulfill their obligations to the state. In this way, the church would be a positive influence to the world as she reflected the love of Christ in her activities. In Romans 14, Paul turns his attention to conflicts that arise within the church.

Converted Jews still observed Mosaic law concerning clean and unclean animals as well as how to drain blood from clean animals when they were slaughtered. In the pagan city of Rome, most butchers did not keep Jewish regulations, which caused many Jews to abstain from eating meat. Unfortunately, these differences escalated into arguments, causing Christian Jews and Christian Gentiles to become judgmental toward one another. 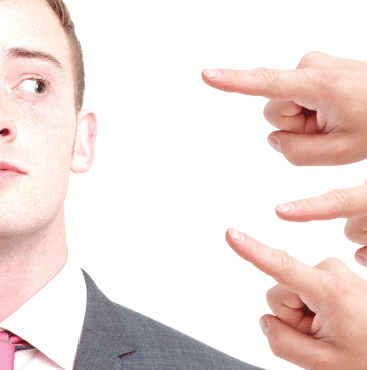 Paul explains that each group has the right and freedom to live according to their consciences as they seek to honor God. Neither the Jew nor the Gentile is wrong in his practice. Both should be welcome in the church. While the arguments in Rome centered on impure meat, Paul broadens the issue in verse 21: “It is good not to eat meat or drink wine or do anything that causes your brother to stumble.” In Corinth, the issue was about meat sacrificed to idols (1 Cor. 8 and 10). The problems that Paul addresses in Galatians and Colossians were caused by Judaizers, who threatened the very core of the gospel. Obviously, Paul approached their situation in a much sterner fashion.

Paul’s sage advice can be of aid to elders and members of the church when issues arise that cause strife. Let’s face it, there is friction in every church. Sometimes a church will face major disagreements over doctrinal issues such as salvation by grace alone through Christ alone. Other times churches get bogged down in minor disagreements such as the color of the carpet in the sanctuary. Unfortunately, both can lead to divisions and schisms within the church of Jesus Christ.

Some of us remember familiar rules of days gone by: you could have buttons on your coat, but not zippers; you could sleep on Sunday afternoon, but not knit; you could drink root beer, but not cola; you could go to the doctor for a cold, but not to have a baby. Many readers may remember the tensions that arose when churches dropped the Dutch service, went to single communion cups, or changed Bible translations. As long as we are in the church militant, there will always be strife in the church—both from the outside and inside. The devil likes nothing more than to have believers in Jesus Christ argue with one another.

In a society where we like to put labels on people, we have divided Christians into those who are strict and those who are not so strict. We label them as conservative and liberal. Even within the conservative Reformed community we often label ourselves more conservative than the Reformed church on the corner of another denomination but not as strict (because we would never dare label ourselves as liberal) as the Reformed church on the other side of town of another denomination. Frequently we even use these labels within our own federations and churches, not realizing that such labels are more secular than biblical.

Paul addresses first those who consider themselves to be strong in the faith. By this, Paul meant Christians who understood the freedoms that were given to those who believed in Jesus Christ. They had come to realize that through Christ there is a righteousness from God that is apart from the law (Rom. 3:21). They were not bound by the law but clearly saw obedience to it as a means of expressing their gratitude to God for the salvation He had provided through His Son.

Often, those who considered themselves strong Christians would ridicule those who were weak in the faith. In Paul’s day, converted Jews were often considered to be the weaker brothers because they tried to maintain a stricter lifestyle. The strong Christian would eat whatever meat was available at the butcher shop, unconcerned about whether that meat had been sacrificed to an idol. On the other hand, Jewish converts were careful not to eat meat that had been consecrated to idols. Strong brothers would not celebrate the feast days, while reborn Jews did.

It is interesting that today everyone wants to consider himself the stronger Christian. Some consider themselves stronger because they still celebrate the feast days, including Ascension Day and Prayer Day. Others consider themselves stronger because they have only one worship service on Sunday and can engage in different activities during the day. Still others use Christian liberty as a means to justify things that God speaks against very clearly in His Word. Through it all, factions develop in the church, and the gospel is not being brought to the world.

Paul reminds his readers of the strong attachment that Christians are to have with one another: “For none of us lives to himself, and none of us dies to himself. For if we live, we live to the Lord, and if we die, we die to the Lord. So then, whether we live or whether we die, we are the Lord’s” (vv. 7–8). Strong and weak alike belong to Him. Instead of taking pride in the stronger position we claim to have, we should humbly acknowledge that we were once dead in our trespasses and sins and that Christ has redeemed us from certain death. It is wrong to destroy God’s work or the faith of a fellow believer by insisting on enjoying nonessential things that may cause another person to stumble. By doing so, friction enters a place that should be a haven of peace. We are but slaves (Romans 6) called to be living sacrifices to God (Romans 12). We have been purchased by the blood of Jesus Christ, so He has sole ownership over us.

As Christ’s possession, we cannot sit in judgment over another whom He has purchased and claimed as His own. John Calvin writes, “As then it would be absurd among men for a criminal, who ought to occupy a humble place in court, to ascend to the tribunal of the judge; so it is absurd for a Christian to take to himself the liberty of judging the conscience of his brother.”

Those who consider themselves to be strong Christians may rejoice in the freedoms that they have been given through Christ, but they ought not to flaunt those freedoms in front of those they know would take offense to their actions. Can you imagine the tension that would arise in Paul’s day if a Gentile invited a converted Jew to a pork roast? Yet how often do we find ourselves doing the same thing? It is as if we have to prove our freedoms as evidence that we are stronger Christians. How foolish that makes us look! How much better to have a clear conscience before God while refraining from activities that we know would offend those around us.

All too often we use Christian liberty as a license to sin. We claim that because of Christ we are free to attend movies that are graphic in language and sexual content, accumulate riches with no regard for our laborers, or neglect our calling to go into the world and proclaim Christ. The liberties that we receive through Christ are not unlimited. They focus on matters of indifference. Christian liberty is not a license to break the Ten Commandments; it is a freedom to work together in God’s kingdom despite minor differences that we may have. Having dietary differences should not hinder brothers and sisters in Christ from coming to the Table of the Lord.

There are many more examples of these types of conflicts over minor issues. Over the few decades that I have been in the ministry, I have seen a plethora of intense debates over minor issues. In almost every case, both parties consider themselves to be the stronger Christian until they begin to find themselves on the losing end of the discussion. Then they claim themselves as the weaker brother, and those who disagree with them should concede on that point.

Rather than judging one another, Christians must help each other in their walk with the Lord. Love for one another should be the deciding factor in all our actions. What gain is there in failing to focus on the riches that we share in Christ because we are too busy quarreling over matters that are nonessential? The joy of our faith in Christ should not be reduced to debates over matters of eating or drinking. The kingdom of God should be reflected in our lives through a display of the fruit of the Spirit. The sacrifice of Christ should remain the strength of the church.

It is most inappropriate for brothers and sisters in Christ to judge one another on nonessential things within the church. In the end, we will all stand before the ultimate Judge to give account of how we conducted ourselves.

Paul ends the chapter on a positive note, calling Christians to strengthen one another in the Lord. Not only should we ask what we are free to do as Christians, but we also need to be concerned about what leads to the well-being and building up of the church.

In considering whether an action is right or wrong for a follower of the Lamb, we should answer three questions:

1. Does the Bible forbid my doing this activity?

If you can truly answer no to all three questions, then the action is not wrong.

Rev. Wybren Oord  is the co-pastor of Trinity United Reformed Church in Lethbridge, AB, and the editor of The Outlook.