Paul begins this chapter as he did the last, expressing his longing for the salvation of his fellow Israelites. His desire is “that they may be saved” (10:1). Oh, that they would call upon the Lord to deliver them from the consequences of their sin and be received into God’s eternal fellowship. He yearns for them to place their faith in the Deliverer that God provided so that they might receive the restoring, sanctifying grace that would enable them to walk as God’s children in obedience to His will for their lives.

Even as this is Paul’s heartfelt desire, he readily admits that the Jews do have a zeal for their salvation, or, rather, a zeal for God. Paul knew from his own experience the futility of sincere zeal without true knowledge. Like Paul, the Jews were willing to do many things for God. However, like the rich young ruler, they were not willing to do the one thing that God required of them—give up all else to follow Jesus. Therefore, Paul argues, their zeal is not based upon knowledge. In seeking to establish their own righteousness, they failed to acknowledge the righteousness that God provided through His Son, Jesus Christ.

In its zealous character, the religion of the Jews is similar to many other religions today. Who can charge radical Islamic groups with a lack of zeal? After he receives almost weekly visits from Jehovah’s Witnesses, can a person say that they lack zeal? Unfortunately, their zeal is misdirected. What good is their zeal if it is focused upon false beliefs? Paul warns his readers against believing the old maxim that it doesn’t matter what you believe as long as you are sincere. In an effort to please the god they worship, disciples of false religions desperately try to establish their own righteousness instead of seeking to clothe themselves in the righteousness of Jesus Christ, which is self-centered and not according to the knowledge of God.

The truth is that while the requirement is easy, it remains the most difficult thing for sinful humans to understand. Rather than trust in Jesus Christ, we want to earn salvation for ourselves. All other religions have as their starting point the desire to please the god they worship. The more they please their god, the greater their reward in the afterlife will be. Even some Christian religions have diluted the pure gospel by proclaiming that salvation comes through Jesus Christ and by adopting a certain lifestyle. While the Reformed faith teaches that the true Christian will develop a certain God-honoring lifestyle, it never wavers from the truth of Scripture that salvation is by grace alone, through faith alone, in Christ alone.

The End of the Law

Often, when people try to justify their sin, they claim that Christ put an end to the law. After all, Paul very clearly states in Romans 10:4 that “Christ is the end of the law.” They quote from the Sermon on the Mount where Jesus says that He came to fulfill the law, often deleting the phrase in the same verse where Jesus says, “I have not come to abolish [the law]” (Matthew 5:17).

There is a huge difference between Paul declaring that “Christ is the end of the law” and people’s misinterpretation that Christ put an end to the law. Jesus Christ did not put an end to the law; he put an end to how we view the law. Mankind views the law as drudgery. We see the demands of the law, and we find ourselves woefully inadequate to keep it perfectly. The harder we try on our own to fulfill its demands, the deeper we find ourselves cast into misery. But Christ has come and fulfilled the demands of the law. Those who place their hope for salvation completely in him are clothed in his righteousness. Through him, the demands have been kept. Through Christ, the believer sees the law in an entirely different light. Now the law becomes the means by which we express our love to God for the grand salvation he has provided through his Son, Jesus Christ. Rather than ending the need for the law, Christ changed the goal of the law from drudgery to love.

What the law demands is impossible because of sin. The good news of the gospel is that God has made the impossible possible through grace. Those who place their hope in Christ’s perfect obedience need not do the impossible—Christ has accomplished it for them. We cannot enter into heaven on our own merit, nor do we need to. We do not need to bring a savior down from heaven; God sent him down. For us to want to ascend into heaven on our own merit would be a denial of the incarnation and the necessity of Christ’s coming. Neither do we have to descend into the deep as our sins deserve; Christ descended there on our behalf. He took upon himself the curse of death so that its sting would be removed from us. 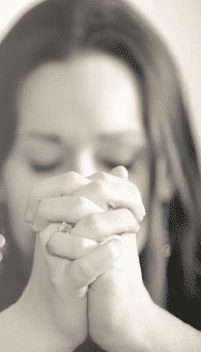 To confess Jesus as Lord means to place him above all else in life. He sits upon the throne as the one whom God gave all authority. Jesus is given all authority in heaven and on earth because he has delivered the human race from the power of sin and Satan through his sacrifice on the cross. To believe that he is Lord is to recognize that Jesus delivered you personally from the tyranny of the devil and you accept His authority over your life. It is a personal faith that not only has knowledge of the sacrifice but understands and personally applies it to yourself.

Also, it is to know not only in your mind but to believe in your heart that that you are a sinner and that Jesus Christ, the Son of God, sacrificed his life for you on the cross. You must believe with heart and mouth that God raised Jesus from the dead—not because this is all you need to know concerning the Christ, but all else hinges upon it. By confessing that God raised Christ up from the dead, you confess that God publicly accepted the sacrifice Jesus made and that Jesus is, in fact, all he claimed to be while here on earth. He is God’s Son and the Savior of those who receive His sacrifice for their sins.

The way of salvation is the same for both Jews and Gentiles. Years ago, when Larry King was still interviewing people on television, he would at times interview popular televangelists. Being Jewish, King would ask them the way of salvation. In several interviews I watched, the televangelist would properly say that salvation comes only through the atoning work of Jesus Christ—a person must believe in Jesus Christ in order to be saved. “Even the Jew?” Mr. King would ask. Almost immediately the televangelist would back down and say that God had provided a special way of salvation for the Jews. Unfortunately, there are some Reformed theologians that would agree. They have long argued that Jesus is “our” way of salvation, but others may enter into heaven by different means. That is totally against what Paul teaches throughout Romans. We serve one God who is Lord over all—not a bunch of different gods, not different saviors offering different ways of salvation and reconciliation with God. The good news of the gospel is that there is one way of salvation for all—Jews and Gentiles alike—and it is through faith in Christ and Christ alone.

Like Peter in his Pentecost sermon, Paul quotes Joel 2:32, “Everyone who calls on the name of the Lord will be saved.” People of every nation became Christians and received the blessings of comfort and joy because they had heard the word of God and called upon Christ. It was not ignorance of the gospel that kept the Jews away; rather, it was their own refusal to call upon that name that is above every name—the name of Jesus.

The Triune God planned the means of salvation before creation. In the fullness of time, the Son of God executed that plan through his incarnation. The Holy Spirit brings the plan into the hearts and minds of God’s elect by sending messengers to preach the gospel so that people hear and believe the gospel and receive Jesus Christ as their Savior.

How important it is for the church to send out messengers to preach Christ and him crucified. Without the preaching of the gospel, people will not hear how sinners must repent and turn to Christ for forgiveness in order to be reconciled to God. Without hearing, they will never believe, and without believing, they will never call on him. Without calling on him, they will never be saved. Because the simple act of telling a person about Jesus Christ can change his eternal destiny from heaven to hell, Paul says with Isaiah that the feet of those who bring such a message are beautiful.

This process of bringing the gospel left the Jews without excuse. Paul asks, “Did they hear?” Of course they did. Paul and the apostles preached daily in the synagogues. The gospel is freely available to all who call upon God. Paul asks, “Did they not understand?” Of course they did. The gospel is plain: “Call on him.” The prophets of the Old Testament had explained the gospel to them. It had been clearly displayed in the sacrificial system. Yet their reaction was one of jealousy, indifference, and smug superiority.

At the command of Jesus, the apostles went into all nations teaching everyone who would listen concerning the Christ. The gospel was brought to Gentiles who were spiritually ignorant and who had not lived religious lives. They were not seeking after God, but through the power of the Holy Spirit, they were finding Him in spite of themselves. They gladly received the grace of God, while the Jews were offended by it.

Even while exhorting on the sad position of the Jews, Paul explains to them the gospel once again in very simple terms. One the one hand, he points out their false knowledge; on the other, he exhorts his fellow Jews to call upon God’s Son. Are we no less guilty than the Jews in the established church? We fill our minds with knowledge of God but fail to yield our hearts to him. Paul pleads with us as well: “Call upon him!”

1. Does the zeal of the Jews benefit them at all? Why or why not?

2. Why does our human nature make it difficult to subject ourselves to God’s way of salvation?

3. What does it mean that Christ is the end of the law?

5. What is the difference between a heart and a mouth confession?

7. Does God show any favoritism to the Jews today? Explain your answer.

8. How important is the preaching of the gospel—and why?

9. You have heard the gospel. Have you called upon the name of the Lord?