Romans 8 is a mighty hymn of exaltation to God in which Paul explains the security He has given to all who are saved by Jesus Christ. The chapter ends with an exclamation of unshakable confidence that nothing is able to separate believers from the love of God that is theirs in Christ our Lord. And yet, some to whom the promises were given in the first place are separated. If the Lord’s faithfulness can be questioned when it comes to the descendants of those who received the promise in the Old Testament, what remains for them?

In the next few chapters, Paul explains the painful truth that the very people through whom the promise of a Savior was fulfilled rejected the great news of the gospel. For centuries they had been the recipients of God’s special revelation through the prophets, who foretold Christ’s coming. God had established a covenant with them and set them apart from all the other nations as His own people. Yet when the very One for whom they awaited arrived, they rejected and crucified Him.

Paul’s precise, exacting theology in Romans does not obscure the love he has in his heart for his fellow Jews. He had grown up, after all, a Pharisee’s Pharisee, from the tribe of Benjamin, a Hebrew of Hebrews. He was a brilliant Old Testament scholar and a zealous Jew. In his self-righteousness he had persecuted the church—thinking at the time that he was doing God a favor. He had once believed himself faultless according to the law and righteous before God because of his heritage and good works (Philippians 3:4–6).

Then Jesus, God’s promised Messiah, appeared to him on the road to Damascus, and his life changed completely. Suddenly all his studies of the Old Testament took a new twist! All the prophesies he had studied pointed to the work of Jesus dying on the cross. Can you imagine what it must have been like to know Isaiah 53 all your life and suddenly have it make sense? Or to have Abraham’s sacrifice of Isaac take on new meaning? Or to have gone to the temple time and time again to offer up sacrifices for your sin and suddenly realize that the very sacrifice you were making pointed to Jesus Christ—to have all that knowledge of the Old Testament and suddenly have the Holy Spirit give you the wisdom as well!

Think of what it must have been like to know that Jesus of Nazareth was indeed the promised Messiah. Paul’s first inclination was to go to the very people to whom the promises had been given—the Jews. They needed to know that those promises had been fulfilled! They needed to know that He had come! How excited Paul must have been when he first opened up the Scriptures and started telling the Jews how they were all fulfilled in the death of Jesus. How horribly Paul must have been hurt when the Jews considered him to be a traitor and his teachings apostate—even to the point of trying to kill him. He had the truth! His only desire was to open up their eyes so that they could know the truth as well. But they would not listen.

Chapter 9 opens with Paul’s lament for the Jews. In sharp contrast to the Christian’s great victory song in the previous chapter, this chapter begins with Paul’s profound sorrow over Israel’s rejection of Jesus as the Messiah. He longs for their salvation. He points out the privileges that had been given to them: the adoption as sons, God’s presence in their nation, the covenants, the law, temple worship, and all the promises. They had the history of the patriarchs—everything—pointing them to the Christ (vv. 1–5). Unfortunately, they believed salvation came to them through the benefits God had given them rather than through the One to whom the benefits pointed. The blessings God had provided to the Israelites could not assure them of what God had not promised them: salvation. It was not automatically theirs. In spite of all the benefits, not all of Israel had part in the salvation that God had so clearly revealed to them. 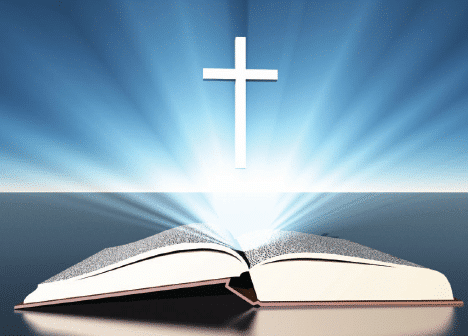 Paul’s lament could be addressed to many within the church today as well. We, too, have received numerous blessings from God. Many of us have been born and baptized into the church; we live in nations where Christians are not persecuted; we have the covenants—both the Old and New Testaments; we have been given the law (and, for many, the Heidelberg Catechism that points out our sin and misery, deliverance through Christ, and means of expressing our gratitude); we have beautiful buildings where we are called to worship; and we have all the promises. We have the sacraments constantly reminding us of how the promises have been fulfilled in the sacrifice of Jesus Christ on the cross.

Unfortunately, like the Jews, there are those in the church who believe they are saved through the blessings. It never ceases to amaze me how many people believe they are saved because they are baptized or because they have made a public profession of their faith. They read the Bible, go to church, and live a “good” life and believe that by doing so they have achieved salvation. It is even more unfortunate when, as in the days of Paul, that is what the church teaches. Not long ago, I was asked to preach at a church where my family was vacationing. After the service I was approached by a young man who said, “Thank you for preaching the gospel. We haven’t heard that for a long time.” How my heart grieves for those who are hungering and thirsting for righteousness but are not being directed to the Bread of Life. Ministers: Preach Christ and Him crucified! Elders: Make sure your ministers are preaching Christ and Him crucified! “If the watchman sees the sword coming and does not blow the trumpet to warn the people and the sword comes and takes the life of one of them, that man will be taken away because of his sin, but I will hold the watchman accountable for his blood” (Ezekiel 33:6).

The Line of Promise

Paul points out that Israel’s refusal to believe is not because God’s word has failed. He gives two clear examples from the Old Testament that, indeed, illustrate how not all those who claim to be natural descendants of Abraham are necessarily shown the mercy of God and granted salvation.

The first example is God’s choice of Isaac rather than Ishmael. Ishmael was the older son and should have been granted all the privileges of the firstborn, but he did not receive them. Instead, God told Abraham that Isaac was the child of the promise (Genesis 17:19). The natural-born child had to give way to the miracle child—the one born to Abraham when he was as good as dead (Hebrews 11:12). It is through Isaac that the children of Abraham are reckoned.

The second example is even more striking, as it recalls the birth of twin brothers, Esau and Jacob. Already before they were born, God declared that “the older will serve the younger” (Genesis 25:23) and that God loved Jacob but hated Esau (Malachi 1:2–3). When we read about the lives of Esau and Jacob, it is clear that God’s choice of Jacob was not based upon any fine qualities that he had that were lacking in his older brother. It was based only upon the sovereign, divine, electing grace of God.

The Jews in Paul’s day were more than willing to acknowledge the sovereign and divine will of God in electing them as the heirs of the promises given to Isaac and Jacob. They would agree with Paul that God had every right to grant to them privileges that He would not grant to the descendants of Ishmael and Esau. They rejected, however, Paul’s claim that they should also recognize God’s sovereign right to set aside Israel because of their unbelief and show mercy (and elect to save) the Gentiles.

The two illustrations Paul uses clearly confirm Paul’s teaching that God is perfectly free to grant love to whomever He chooses and to withhold salvation from whomever He chooses—Jews and Gentiles alike. He loves them not because of, but prior to and independent of, their own worthiness.

This does not make God an arbitrary God who chooses people at random, nor does God choose to love someone for a time and then change His mind. God did not annul His covenants with Israel nor the promises that went with them. The true children of Israel, however, are not necessarily the biological descendants of Jacob. The true children of Israel are those who believe the same promises Jacob believed. Elsewhere, Paul writes: “Understand, then, that those who believe are children of Abraham. . . . If you belong to Christ, then you are Abraham’s seed, and heirs according to the promise” (Galatians 3:7, 29).

God is ever faithful to His covenant promises. We witness this truth frequently when the sacrament of baptism is administered to recently born children within the church. Often present to witness the sacrament are three, four, and sometimes five generations within a family—a clear illustration of God’s faithfulness. The psalmist writes:

He remembers his covenant forever, the word he commanded, for a thousand generations, the covenant He made with Abraham, the oath He swore to Isaac –Psalm 105:8–9

Yes, there will always be covenant breakers. It was already so in the first family to receive the covenant. How sad when that is true. But it is not as though God’s word has failed—His word will never fail.

1. In Romans 9–11, Paul explains the doctrine of predestination. What is his topic in this part of Romans?

2. Why does Paul have such great sorrow in his heart for the Jews?

3. How are people today guilty of thinking they are saved through the benefits God gives to the church?

4. Does your heart grieve when the gospel message is so clear, and yet there those who just don’t understand it?

5. Are you in a place where the gospel is being preached? What ways can you use to ensure that it is?

6. In what ways are believers “children of the promise”?

7. What does it mean to say that God is free to elect whomever He chooses? Is this the same as saying God is arbitrary in His choice?

8. In what ways do we witness the covenant promises of God?