Our eternal destiny depends on whether we are in the first Adam or the second Adam. In the first is condemnation; in the second full justification, sanctification, and glorification. Those who remain in Christ are heirs with Him in all the benefits that the Father has granted through Him.

We have already considered the first two benefits that are ours through Christ. Paul now continues to encourage believers as they suffer persecution by pointing to the glory that awaits those who trust in Jesus Christ. Since their coming glory is near, present suffering should hold no weight for those who truly seek their salvation in Jesus.

The Groans of Glory

Considered by themselves, the sufferings of believers often seem very severe. In the time this letter was written, Christians were facing severe hardships. Their property was often confiscated; they were arrested and tortured. Before his conversion, Paul was among those who sought to put an end to those who followed Jesus Christ.

Such persecution did not end as Christianity grew. In fact, it still exists today. Across the globe there are countries that have outlawed Christianity. Those who profess to be Christians are horribly beaten, raped, and put to death. Christian women and children are dragged outside of villages to watch their husbands and fathers be thrown out of airplanes. Christians in Eritrea are placed in windowless boxcars and deserted in the desert without food and water. Possessing any kind of Christian literature means certain death in Somalia.

While Christians in North America may not have to endure physical persecution, we live in a society that has become more and more intolerant of Christians who stand up for what they believe. Even within the church, those who stand firm on the authority of Scripture are often ridiculed.

Persecution and suffering for Christ ought not to surprise the Christian. Jesus told His followers, “No servant is greater than his master. If they persecuted me, they will persecute you also” (John 15:20). He went on to encourage them by saying, “Blessed are you when people insult you, persecute you, and falsely say all kinds of evil against you because of me. Rejoice and be glad, because great is your reward in heaven, for in the same way they persecuted the prophets who were before you” (Matt. 5:11–12). 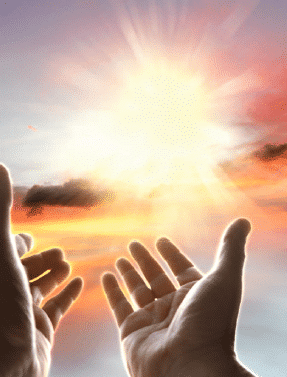 The Groaning of Creation

After creating all things, God declared them good. They were made so that He might be served and praised through them. After the fall, God pronounced a curse on the earth. The harmony and peace of nature was disrupted and broken. In its place came pain, suffering, and death. Suddenly the lamb no longer played with the lion but instead became its prey. One part of nature worked against the other, bringing flooding to one area and drought to another. Through the curse, nature’s potential became restricted to always producing weeds and decay, no longer able fully to bring glory to God.

Paul writes that all of creation groans to be set free from this bondage to decay. The creation is looking to the time when God’s elect receive their full glorification in body and in soul. In that day, the Lord will rule as King. While this creation may be cleansed by fire (2 Peter 3:10), the day is coming when the desert will blossom like a rose, the lamb will lie down with the lion, and sin will no longer rule.

The Groaning of Believers

God gave mankind the high honor of being His representative and covenant friend. Man was given dominion over all the earth by his Creator. The fall brought on the human race the same death and decay experienced by the rest of creation. The opening verses of Ecclesiastes give an excellent summary of what life has become through the fall of our first parents. Indeed, life is viewed by many as meaningless.

The believer, however, has received a foretaste of the new life that awaits him through Jesus Christ. We long for the day when Christ will come again and the world with all its inhabitants will bow before Him. We cry out with the saints in glory, “How long, Sovereign Lord, holy and true, until you judge the inhabitants of the earth and avenge our blood” (Rev. 6:10)? It is not until Christ comes again that it will be a matter of public knowledge how much God truly loves His elect and how richly He has blessed them.

Not only does the believer yearn for the coming glory, but we groan within ourselves as we struggle against the sin that has contaminated us. Although the children of God have already received the firstfruits of the Spirit, the full glory of His work will not be revealed until Christ returns. Not only does the Christian remain physically contaminated by sin as he is afflicted with illness, pain, and handicaps but we also groan because all too often the old nature within us yields to the temptations set before us. Daily we are reminded that we fall horribly short of bringing proper glory and honor to the name of the God we seek to serve. We sin—and in that we grieve.

Even as we groan inwardly because of our sinful nature, Paul calls us to live a life of hope in the forgiveness that comes through Jesus Christ. The Holy Spirit brings testimony to our hearts that we may have the glorious assurance that salvation comes to all who trust in the sacrifice made by God’s Son, Jesus Christ.

The Groaning of the Holy Spirit

Because we are part of this fallen world and still susceptible to sin, even after we are saved by God’s grace, the Holy Spirit helps us in our weakness. Paul in particular points out the weakness of our prayers. The Christian may faithfully pray with great sincerity. Yet, because we are still filled with sin, we do not know the purposes of God concerning the very things for which we pray. We pray for healing, yet God may use our weakness to drive us to His strength. We pray for the safety of our children, yet God may place loved ones in danger so that they would call on Him. We pray for the persecuted church, yet God may use that very persecution to draw His elect to Himself.

Our prayers come before God only because the Holy Spirit is our constant intercessor, representing us (and our prayers) before God. Through Him we learn to say, “Not my will, but Thine be done, O Lord.” Through Him we learn to trust that God will answer our prayers in a manner that brings glory to His name. In fact, all things will work together for the good of those who love Him.

The Hope of Glory

It is that great reward in heaven that led Paul to confess in the opening verse of this lesson, “Our present sufferings are not worth comparing with the glory that will be revealed in us.” God does not give to us everything that is involved in our salvation at once. We live in the “already and not yet.” Already the believer is saved; not yet does he enter heaven. Already is the believer declared perfect through the perfect obedience of Jesus Christ; not yet is he perfect. That is why wait patiently for that which is yet to come. Our completed redemption cannot come until all of creation is renewed. That will take place only after all those whom God before creation has chosen to be His have been saved. When all the elect have been saved and the number is complete as planned by God, then history will have run its course, and the new heaven and the new earth will appear.

Knowing how easily believers can become distressed and discouraged by the present sufferings we endure, Paul points us to the ministry of the Holy Spirit. The Spirit of God knows our weaknesses and makes intercession for us. Our groaning should not be done with impatience. Impatience would question the God’s wisdom and timing in the events of history. The Spirit of God would focus our attention on the hope and assurance that is ours in Christ Jesus. He searches the heart and dwells within the believer, always interceding for the saints according to the will of God. He gives assurance of a greater glory that surpasses any suffering the believer may have to endure in this lifetime.

1.    Have you read about the persecution of Christians around the world? Do you keep the persecuted church in your prayers?

2.    How has the persecution of the Church affected you?

3.    Describe the situation in which the creation presently exists. Why is it so? When will it end?

4.    Why do Christians groan louder than unbelievers?

6.    What kind of groaning is proper for believers? What kind is sinful?

8.    How does the Holy Spirit help believers?

9.    What do these verses tell us about prayer and God’s response to our prayers?