In Romans 8, Paul explains the very core of the glorious gospel message. This chapter has been an inspiration to Christians for over twenty centuries. Its verses have been quoted throughout the centuries as a source of comfort and strength. It begins with no condemnation, it ends with no separation, and throughout the chapter there is the theme of no defeat. For several chapters Paul wrote about the depth of our sin and how the entire human race deserves God’s condemnation. We were told that although the law is beneficial, it cannot save us. Paul wrote of his own struggle in the fight against the old nature within. He has spurred the Christians in Rome to serve their new Master (ch. 6) and love their new Husband (ch. 7). In chapter 8 he shows how the dreadful life of repeated defeat can be exchanged for a life of victory and joy.

It is interesting to notice that throughout the first seven chapters, Paul mentioned the Holy Spirit only twice (1:4, 5:5). In the chapter that begins with the words, “There is now no condemnation,” however, he mentions the Holy Spirit twenty times. The very simple reason for that is that we can never move from the “Oh, wretched man that I am!” (Rom. 7:24) to “no condemnation” without the work of the Holy Spirit in our lives.

Paul begins by explaining that the law of the Spirit has set us free from the law of sin. The “law of sin” does not refer to the Mosaic law but points us back to the last chapter, where Paul bemoans the fact that although he has the desire to do good, he finds himself doing that which is evil. Such is the disposition of the heart in a people who are totally depraved. We sin. We have the desire to sin within the very core of our existence. By our desires and by our actions we deserve condemnation—even death itself. That is the law of sin declared by God already in the garden of Eden. God very clearly told Adam, “The day you eat thereof you shall surely die” (Gen. 2:17).

The law of the Spirit is the forceful and effective operation of the Holy Spirit in the hearts and lives of the elect that draws them to the cross of Jesus Christ. He leads us to understand our sin and misery and then points us to the only Deliverer from that horrible state—our Savior, Jesus Christ. Through the Spirit, the sinner comes to know that the demands of the Mosaic law, which we could not fulfill, were fulfilled in Christ. Not only did the Son of God fulfill the Mosaic law, but he also took upon Himself the condemnation prescribed by the law of sin. In the sacrifice of Christ, God condemned sin in the flesh, placing on His Incarnate Son the punishment for sin. Jesus faced the wages of sin, even death itself, on behalf of the sinner.

The condition for being free from condemnation is that one must be in Christ Jesus! Those who truly trust that His death on the cross was made on their behalf are set free from the condemnation under which they once lived. God has condemned their sin in His own Son. The price has been paid. By the working of the Holy Spirit in his life, the believer is declared justified. Jesus said, “I tell you the truth, whoever hears my word and believes him who sent me has eternal life and will not be condemned; he has crossed over from death to life” (John 5:24).

Because, by the grace of God, we are no longer under the law but in Christ Jesus, the Christian seeks to live in a way that expresses gratitude to God for the salvation provided by His son. Unfortunately there are some people who call themselves Christians who think that it makes little difference how they live, because they are under grace. Paul addressed the foolishness of that way of thinking already in chapter seven. The true Christian no longer has the desire to live contrary to God’s will but has been saved to have divine holiness, righteousness, and goodness fulfilled in him. He longs to live according to the Spirit. All who truly belong to Christ have within them the indwelling of the Holy Spirit. He will lead them to spiritual maturity. Paul goes on to describe the essential difference between those who live after the flesh and those who live after the Spirit.

Living According to the Sinful Nature

This person continues to live in enmity to God and in opposition to His holy will. He remains a part of the present crooked and perverse generation of this world and desires no other. He is drawn to sin like metal shavings to a magnet. The things of the flesh are the objects of his desire, attention, and pursuit. Such things need not necessarily be the perverse, sensual, and wretched sins by which we often categorize the sinner. These can be anything in this world that removes us for our pursuit of God. We would all readily agree with Paul’s list in Romans 13 that the deeds of darkness include orgies, drunkenness, sexual immorality, and debauchery. Do we balk when we read in the very same list dissension and jealousy? Paul calls the people of God to do everything without complaining or arguing (Phil. 2:14).

Such a mindset makes a person spiritually dead and unable to live a fruitful life. He cannot please God, nor does he have the desire to do so. He is self-centered and cannot submit to God. He will answer only to his own desires and oppose any submission to God. There is no salvation in sin, no possibility of justification without sanctification. The result is eternal separation from God—eternal death.

Living According to the Spirit

The person who lives according to the Spirit, however, has been regenerated by the Holy Spirit and has learned to hate sin, confess it, and trust that his salvation has been secured by the sacrifice of Jesus Christ on the cross. As one of the redeemed, the Christian is led by the Spirit to pursue the things that are of the Spirit. The Christian hates sin, flees from it, and works to keep himself from it. As the believer grows in his sanctification, the Spirit leads him to drop more and more of the sinful baggage that he carries with him in this life, and he longs for the glorious day of the Lord’s appearing, when he shall be made perfect.

In faith, the child of God grows in his love for God’s Word, God’s law, God’s people, God’s house, and promotes the things of God’s kingdom. His spiritual orientation and desire is to be more and more conformed to Christ. Knowing that God’s wrath has been removed from him, he lives a peaceful life. There is no fear of the judgment because he has been justified by God through Christ. The law has lost all its power to condemn him because he has been grafted into Christ Jesus as his federal head. In spite of his imperfections, the believer is reconciled to the Most Holy God. God has reckoned to the believer the work of His Son Jesus Christ. “He has rescued us from the kingdom of darkness and brought us into the kingdom of the Son He loves, in whom we have redemption, the forgiveness of sins” (Col. 1:13–14).

Enabled by the Holy Spirit, the Christian now performs the good deeds that God has prepared for him to do. There can be no sanctification without justification. If we are partakers of the benefits of Christ’s death, we are also made partakers of His life. The Christian is enabled to do God’s will, neither by keeping the law nor by human effort, but only when the Holy Spirit dwells within us. Such obedience will arise out of a true faith, conform to God’s law, and seek to bring glory not to self but to the God of salvation.

Paul has made it very clear in Romans that because of our sin we can do nothing to merit salvation. It is all a gift from the triune God. In His eternal decree, God the Father had chosen those whom He would save before the foundations of the earth were put in place (Eph. 1:4). God the Son took on Himself the punishment that sinful man brought on himself through his disobedience. His work accomplished the deed that establishes our salvation. His perfect obedience and sacrifice on the cross were the grounds on which God’s chosen are declared justified and are forgiven. The Father raised His Son from the dead, acknowledging that the sacrifice was the complete atonement needed for sinful mankind. God the Holy Spirit applies the work of Christ to those whom God had chosen. Their hearts of stone are turned into flesh as the Spirit opens their ears and minds to the glorious good news of the gospel. Through His work, the triune God’s love, His mercy, and His grace become irresistible for the sinner. One of the greatest blessings of being a minister is listening to the testimony of young people as they are being examined by the elders. Afterwards, those who sustain their exam are congratulated by the elders. One elder, as he shakes hands with those who just confessed Christ as their Savior, says to each one of them, “Welcome to the battle.” As Paul acknowledges in Romans 7, every believer remains in a sinful state this side of the grave, constantly fighting against Satan, the world, and his own fleshly desires. Indeed, the Christian life is a battle against sin. 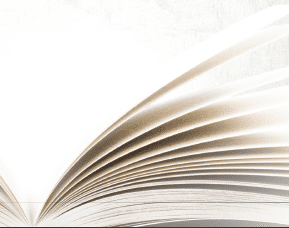 But it is not a battle we fight alone; we have the key to victory. Many Christians promote the idea that we are responsible for our own Christian growth and our own state of spirituality. They teach that we have been saved at the foot of the cross; now it is our job to become holy. Those who seek to grow spiritually can find all kinds of books on how to pray better, worship better, parent better, live better—all to the glory of God. While these may be beneficial, we must never forget that God has declared His children righteous by clothing them with the righteousness of His Son, Jesus Christ. Christian growth—sanctification—just like justification, is God’s work.

The Holy Spirit fills us with the desire to turn away from worldly desires to spiritual things. When we are in Christ, the Spirit of God dwells within us and fills us with a love for God and for neighbor. Without Him in our lives, all our efforts would be fruitless. With Him in our lives we can yield fruit: thirty, sixty, even a hundredfold.

1. What is the meaning of the word law as it is used twice in verse 2?

2. Why are believers no longer condemned under the law?

3. Describe the two mindsets Paul mentions and the result of each one.

4. What makes the difference between these two types of people?

5. What is the peace that is given to those who live according to the Spirit?

6. What is the significance of the word if in verse nine?

7. What is the role of each person in the Godhead in the salvation of the elect?

8. How is a Christian sanctified? Whose work is it?