After spending three chapters teaching his readers the depth of our sin and another three chapters on how we are reconciled to God through the sacrifice of Jesus Christ, Paul pens three chapters on the significance that our union with Christ has on our daily lives. In Adam we were dead in sin; in Christ we are dead to sin. All our sins have been pardoned; we are declared to be without sin—justified by the second Adam. What the first Adam could not accomplish, the second Adam did. Those who believe in Christ’s sacrifice are clothed in the righteousness of the perfectly obedient Son of God. In the next three chapters, Paul explains how believers are free from sin (chapter 6), free from the law (chapter 7), and free from death (chapter 8).

Living as We Desire

A natural objection to salvation by grace alone through Christ alone by faith alone is that the quality of our obedience in life will suffer greatly if all the emphasis is placed on the once-for-all work of Jesus Christ on the cross. Paul rightly asks, “Shall we go on sinning so that grace may abound?”

The logic is simple enough. Christ died for sin. Through Him we are forgiven all our sins—past, present, and future. We can live as we desire because—even if we sin—we are forgiven. A similar argument is often offered in opposition to the doctrine of election. After all, if I am saved, I’m saved—no matter how I live. I can, then, live (and sin) as I want.

Such logic, however, comes from those who still follow after the first Adam. They want the “best” of both worlds. They want to live a life that follows after their own sinful desires. Pursue the world! Lie, steal, and cheat—anything to get ahead! As long they pray for forgiveness at the end of the day, all is well. Is this how we are to live in response to the salvation God has provided through His Son? In the words of Paul: “By no means!” Those who think this way seek their treasures in that which Satan, the world, and their own fleshly desires offer. And where their treasure is, there is their heart also.

If we have been united with Christ, the second Adam, then we have died to sin. To say that we have died to sin, as Paul does, is significantly different from saying that Jesus died because of our sin. Jesus died to save us from our sins—original sin and actual sin, sins of commission and sins of omission. They are all forgiven—past, present, and future. That in itself is glorious good news.

But there is so much more for the true Christian. The dark backdrop of our sin makes grace all the more brilliant. For Paul, the death of Jesus Christ was a once-for-all event. Those who believe in the forgiveness of their sins through the death of Christ died with Him; they were buried with Christ, and they were raised with Christ into newness of life. In that new life, the power that sin had on the believer is gone. It no longer rules in the believer’s life. Believers have passed over from the reign of death to the reign of life—new life in Jesus Christ. They have been set free from the tyranny of the devil.

However, what are we to do with this newfound freedom? When the Israelites were freed from their slavery to Egypt they rejoiced. Yet, it did not take long before many Israelites wanted to appoint a captain to lead them back to slavery in Egypt (Num. 14:4). In his book, Up from Slavery, Booker T. Washington writes of slaves who were freed by the Emancipation Proclamation returning to their masters. They had been slaves all their lives. What were they to do now? 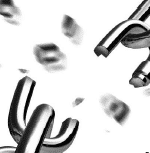 In awe of God’s mercy, Paul wrote, “Even though I was once a blasphemer and a persecutor and a violent man, I was shown mercy because I acted in ignorance and unbelief. The grace of our Lord was poured out on me abundantly, along with the faith and love that are in Christ Jesus” (1 Tim. 1:13–14). He points out to the church in Corinth: “The sexually immoral nor idolaters nor adulterers nor male prostitutes nor homosexual offenders nor thieves nor the greedy nor drunkards nor slanderers nor swindlers will inherit the kingdom of God” (1 Cor. 6:9–10). Then he adds: “And that is what some of you were” (v. 11). Yet Paul addresses the church in Corinth as “those sanctified in Christ Jesus and called to be holy” (1 Cor. 1:2). Bought by the blood of Jesus Christ, neither Paul nor the church in Corinth remained slaves to sin. How were they to live in the freedom God in His mercy gave them? They were called to be holy. Being declared free from the penalty of sin (justification) is one thing; to be delivered from its power is yet another. Sin has had it reign over our lives. We have yielded to it, and, even though it left us unsatisfied and guilt-ridden, we have enjoyed it. Then, by God’s grace, we were led to the cross where we were cleansed from all our sin. We were declared righteous. We have been united with Christ. This new life has placed certain demands on us. Our union with Christ is to produce a new and holy walk within us.

The trouble, too often, is that we want to be justified (declared righteous), but we do not long to be sanctified (live righteously). Because of this, Paul admonishes his readers in these opening verses of Romans 6. Sin ought not to rule in our lives any longer. We are not to surrender our bodies to serve wickedness. We have been bought by the blood of Jesus Christ. We are now to be servants of the living God through Christ. We have been freed in order to live with Christ. There should be no other desire in our hearts than to serve the One who died for us and gave His life for us. Justification is not the only thing that Paul teaches his readers about salvation. Justification implies a desire to live a holy life that is fulfilled in sanctification. And, as Paul shows, sanctification, too, is God’s work in the believer.

Being freed from sin releases the believer from the bondage that sin incurs. Paul points to our baptism into Christ as a baptism into His death. Baptism by submersion may symbolize the act of being buried in the ground. Christ, however, was not lowered in a grave but placed in a tomb. Baptism by sprinkling places the emphasis on the blood of Jesus Christ. The sprinkling of blood was ordained by God in Old Testament rituals that pointed ahead to the blood of Christ (Heb. 9:13–14; 1 Peter 1:2). Paul’s point of comparison is not the form of baptism but the meaning of baptism. Through baptism we are united with Christ in His death.For believers, baptism is the guarantee that, for the sake of Christ, they are dead to sin. His death was for them.

In God’s eyes Christ took on Himself the old sinful nature of Adam. He brought that sinful nature, with all its sinful tendencies, with Him to the cross in order that those who believe in Him would be delivered from its power—the old nature was buried. Our burial with Christ points out the finality of our old nature’s death.

Paul concludes this section by pointing out that we must not let sin reign in us. Taking up the negative approach, Paul reminds the reader that evil desires remain within us. Such desires lead us to use the members of our bodies to perform all manner of evil. Our eyes will look where they should not; our ears will listen to perverse dialogue; our mouths will speak ill of others. In addition, our hands will grasp what is not ours; our feet lead us places we ought not to go; our hearts will fill themselves with jealousy, dishonesty, and pride. These inclinations and desires we must not obey. Rather we are to fight against them in the power of the Holy Spirit within us.

We are, instead, to offer ourselves to God—every part of ourselves. Just as our eyes once focused on evil, now we should focus our eyes on Christ. Whereas our ears once listened to that which was perverse, now we are to listen to the words of Jesus. Where once we spoke ill of others, now we seek to build them up. The same instruments that were once under the control of the devil must yield themselves to Christ, the author and perfector of our faith, so that we may live in newness of life, bringing glory to His name.

The logical result of our dying with Christ in His death is that we are also raised with Christ into newness of life through His resurrection. The glorified Christ lives in the believer and through the power of the Holy Spirit, and the believer’s desire is to glorify Christ. It is impossible for someone who has truly experienced the saving work of God in his new, born-again life to deliberately want to continue living in his sins of the past. Having died with Christ, the true Christian desires to live for Christ. The sacrifice of Jesus Christ on the cross becomes the focal point of the believer’s life. It stands between him and the desire to commit again the actions that placed the Savior on the cross.

1. What kind of thinking would bring about the question Paul asks in verse 1?

2. In Numbers, some Israelites longed to go back to Egypt. Why? How do we often act like these Israelites?

3. How does Paul use the sacrament of baptism in these verses?

5. How do you stop being a slave to sin?

6. How does Paul expect his readers to conduct themselves?

7. In verse 11, Paul writes that the battle has been won by Christ; then in verse 12 he writes that we must wage war. How do these two statements fit together?

8. How do you yield yourself to God?