The transition for Joseph in one day is breathtaking. One moment he is still in the royal dungeon of Egypt, and then next moment he is being rushed to get cleaned up and properly clothed in order to stand before Pharaoh. God’s timing is not always personally comfortable, but His timing is the best, never too early or too late. God sent the dreams that disturbed the Egyptian king, and God used the occasion to awaken the chief cupbearer’s memory concerning a “Hebrew lad” who perfectly interpreted two dreams two years earlier. The spotlight now falls upon Joseph again so that he can be the agent of revelation to the royal pagan court.

Joseph not only has provided an accurate interpretation of Pharaoh’s dreams, but Joseph also gives Pharaoh unsolicited advice about how to guide the nation through the next several years. This defies sense! Who would have thought that a foreigner (“Hebrew”), a youth, someone from the dungeon, serving a sentence for assaulting the wife of a high Egyptian official—who would think that such a person would now be telling a “living god” how to run his country? God’s ways are certainly not our ways, but they are amazing to behold! Pharaoh did not have the interpretation to his own dreams, and his magicians and “wise” men did not know what the solution was, but God gave all answers to Joseph. And these pagans recognize that Joseph has spoken with true wisdom.

Pharaoh is led to confess that the “spirit of God” is found in no one else but in Joseph. Pharaoh’s advisers are reduced to silence; they are now “dumb” in more ways than one. To Pharaoh, Joseph has the “spirit of God,” not in the sense of Holy Spirit, since the Pharaoh is not a Trinitarian. Still, to the New Testament believer, Pharaoh’s words resonate on that level: Christian believers know that the Holy Spirit of God is with Joseph to give him understanding of both dreams and insight into a national crisis that will be present in seven years time.

Pharaoh promotes Joseph, putting on him the royal signet ring, fine linen robes (new clothes again!), and a gold chain. He gets his own limousine (actually, a chariot), which Egyptians are obliged to greet with acts of bowing and homage. Pharaoh remains the head of the state, but in fact Joseph is in charge. “Without your word no one will lift hand or foot in all Egypt,” Pharaoh tells Joseph (verse 44).

Pharaoh is not finished with Joseph. He also renames him with the name Zaphenath-Paneah. While we may not be certain as to the exact meaning of this name, John Currid (Genesis, vol. 2, p. 271) suggests that it means “God speaks and he lives.” This probably is to make this young Hebrew more presentable as an Egyptian to the rest of the country. In addition, Pharaoh gives Joseph a wife, Asenath (“she belongs to [goddess] Neith”), a woman taken from the upper ranks of Egyptian society (her father is an Egyptian priest!). Asenath comes from a priestly family in the city of On, where a temple to the sun god Re existed. She probably would not have been Joseph’s choice as a wife, and we can only wonder what religious influence he would have on his Egyptian wife. From all that the Bible reveals to us about Joseph, it seems assured that he maintained his faith in the one true God, and doubtless, he testified to Asenath about this true God. Furthermore, since Asenath is the only wife mentioned, we may assume (although we cannot prove it) that Joseph was monogamous (in contrast to his father Jacob).

Within the seven years of bumper crops, Joseph also experiences a good “harvest” in his own marriage. Two sons are born to him and Asenath. Children are truly a heritage of the LORD! The firstborn son is named “Manasseh,” a name which sounds like the verb “forget.” He says on the occasion of Manasseh’s birth and naming, “It is because God has made me forget all my trouble and all my father’s household.” This son helps Joseph erase some of the pain that he had experienced in Jacob’s family. The second son is named “Ephraim,” meaning something like “double fruitfulness.” He exclaims, “It is because God has made me fruitful (again!) in the land of my suffering.” Certainly we feel Joseph’s joy in the birth of two sons. From this point on in the Biblical record, Joseph will not experience any more dramatic setbacks, at least nothing on the order of the earlier imprisonments that he had suffered from Israelite or Egyptian alike. He will remain an important official in Egypt until the day he dies, many decades later.

Joseph is 30 years old (verse 46) when he is promoted to being vizier, the second in charge of all Egypt, something like a modern-day prime minister. In thirteen years he has gone from being a boy hated by his own brothers, to becoming the functional ruler (under Pharaoh) of the entire land of Egypt! It is not that Joseph is personally clever in escaping trouble: the Lord God was with him, enabling him to escape and to use his God-given talents and wisdom with very powerful effects.

Joseph steps up to the plate as he is assigned a great task, namely, securing the food of Egypt in anticipation of a great period of famine. He travels throughout the entire land of Egypt, becoming familiar with the land, its agriculture, its officials, and its people. He has been assigned high honor, but it does not go to his head in order to inflate his ego.

The seven years of plenty begin. Normally, the seasonal flooding of the Nile River sets up the situations that lead to good years of food production. The flooding deposits rich soil along the Nile banks, enabling fields to produce bumper crops. 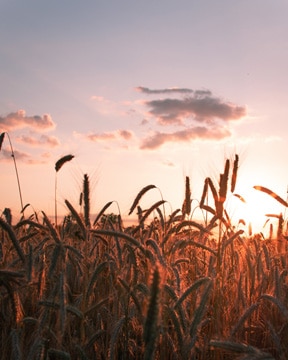 What was different now during the seven years of plenty, we cannot be sure. In any case, the food coming in during harvest seasons is overwhelming, “like the sand of the sea,” the same kind of language that God had used to describe the number of children to be given to Abraham and Jacob (see Gen. 22:17 and 32:12). Food harvested near particular cities was stored in those cities. Joseph now gathers the food “beyond measure” (verse 49), so much, in fact, that record-keeping breaks down. But God, who controls the seasons and all harvests, was providing so much grain in these seven years because it would have to be enough to carry Egypt (and many others!) through a seven year period of famine.

In addition, in a world in which public officials are corrupted by money and prestige, using high office to line their own pockets, we may well believe that Joseph did his honest best to make suitable arrangements to store food supplies throughout Egypt. Had he not done his job well, when the famine came to strike the land, there would not have been enough food, and then Joseph would have lost his life. Even in a totalitarian state like ancient Egypt, rulers (like Joseph) are servants of the Most High God, ones who must someday give to God an account of their office (see Romans 13:1ff.).

The period of famine comes, “just as Joseph had said” (verse 54). This famine is not limited to Egypt, but people are getting hungry everywhere. People cried out for food, but Pharaoh directed people to Joseph. The “living god” can do nothing, but the man of God is in charge. Furthermore, the sense of the wording in verses 56–57 is that Joseph wisely rationed out food to Egyptians and to others who came to Egypt for food. In this way, something of the words of Genesis 12:1–3 are coming true here. God had promised that through the seed of Abram, all the nations of the world will be blessed. A great-grandson of Abram, a young man named Joseph, is bringing physical blessings to many people in his day. This is a sketch, an outline, of what a later Son of Abraham, Jesus Christ, would do in bringing life, abundant life, to all the nations of the world.

Joseph experienced both humiliation and exaltation. By God’s grace alone, he remained faithful to God, who has a great plan that He works out through all the twists and turns of our lives. Our calling is to be faithful to this God and the work that He assigns to us. Joseph becomes responsible for feeding Egypt and later the rest of “the world” (at least, the eastern end of the Mediterranean). God placed Joseph here for the sake of the Lord Jesus Christ and the rescue of God’s people. Indeed, in so many ways Joseph’s life and career anticipate and parallel so much in Christ’s own life. His own would not receive him, he is lowered into the pit (like a grave), then raised to rule at the right hand of the authority, in charge of all things so that blessings might be distributed to many. No, Joseph is not Jesus Christ, but God is drawing out a pattern here that we will see fleshed out in fullness and in reality when Jesus Christ comes into this world. For our heavenly Father has given all authority to our risen Lord Jesus Christ (see Matt. 28:18) so that everyone in need might go to Him, and He will tell us what to do (see Gen. 41:55; Matt. 28:18–20).

Lesson 8: Points to ponder and discuss

1. We love to hear about “rags to riches” stories, about how a person in less than favorable circumstances is able to overcome the odds and rise to success. How is the story of Joseph’s appointment as overseer of Egypt not just another “rags to riches” story? Does Joseph “succeed” through blind fate or his own cleverness?

2. Joseph not only receives insight from the Lord in order to interpret the dreams, but he also sees what needs to be done for the whole nation. Once appointed second-in-command of Egypt, he gets to work. In this sense, one might call Joseph an “entrepreneur.” Wisdom, coupled with hard work, also belongs to the Christian calling. How can Christians apply Biblical insights and concrete efforts in the area of education today, or business, or politics? How do we pool our resources together for these efforts?

3. Read Psalm 104. What does the Bible teach us about God’s providence? See Heidelberg Catechism, Lord’s Day 10, and Westminster Confession of Faith, chapter V. How do people today respond to prosperity or to disasters? How do Christians respond to these things, and how should they respond?

4. Through Joseph’s efforts, there was food available for the hungry of Egypt and neighboring countries. Does this story teach us that the government is responsible for feeding the hungry when all else fails? Why or why not? What role do God’s people have in taking care of the poor and hungry?

5. We know that Daniel later will arouse jealousy and hatred from other royal officials (see Daniel 6). Let’s speculate just a little. What do you think may have been the attitude of the Egyptian magicians and “wise men” toward the promotion of this Hebrew young man to second in charge in all Egypt? Were they perhaps afraid of him, jealous of him, in awe of him? If Potiphar and his wife are still living, what must they think? (Remember, we are only speculating…)

6. Joseph shows that he can stay focused on his task, his calling. In Potiphar’s house, he is a good and faithful servant, in the prison Joseph is the same, a good and faithful servant. He receives promotion, even though he goes through periods of trouble. Faithfulness results in promotion. Is this something of a fluke, a quirk in God’s providence, or is a general biblical principle seen to be at work here? Read Luke 16:10–16: “He who is faithful in little, is faithful also in much.” What do Christians learn here?