Joseph had received revelation and understanding from God for the dreams of the chief cupbearer and the chief butler. Joseph wants out of prison, and he asks the cupbearer to take his appeal to Pharaoh himself. But nothing happens for two full years. God is with Joseph, it is true, but Joseph must learn patience through what he suffers. Dreams have brought Joseph trouble, but they also provided a means to impress two royal officials in prison about Joseph’s abilities. More dreams are on the way in this chapter. At one level, the dreams of Pharaoh, the ruler over Egypt, will confirm the dreams that Joseph had when he was 17 years old. By interpreting Pharaoh’s dreams, Joseph will show that he can rule and have authority in Egypt, for “the Spirit of God” is with him. The prophetic dreams of Genesis 37 are about to be fulfilled.

We know that the Pharaoh was only a man, merely a particular human being who ruled ancient Egypt. But the Egyptians viewed him much differently. The ancient Egyptian religion and worldview held that Pharaoh had a very special relationship to all the other gods and goddesses. In fact, they believed that Pharaoh was a living god, the deity Horus incarnate, and that Pharaoh was the figure who held the nation together and provided it with order. As the French king Louis XIV would later boast, “I am the state,” so too the Pharaoh was the heart of the Egyptian state, it was believed. For him to have a troubling dream would have disturbed all in his court. Added to this was their belief that dreams must have some meaning, and if the meaning of any dream is unknown, this could develop into a small-time crisis for the Egyptian monarch.

But Pharaoh is only a man, a human who has dreams as we all do. In one night he has two dreams. The first dream has seven healthy cows coming out of the Nile River. Cows in Egypt would often graze in the reed grasses by the river, sometimes going partially into the water to cool off and escape pesky insects. This Pharaoh sees. But then something disturbing occurs in the dream: seven ugly and thin cows come up after the others, and they devour the good cows. As anyone of us can attest, when a troubling or violent thing happens in our dreams, we may be jolted awake. Pharaoh wakes up.

But the night is not over. He dozes off into sleep, only to have a second dream with many elements parallel to the first dream. This time it is not fat and thin cows; instead it is seven plump and seven blighted heads of grain. And again, as in the first dream, the thin, blighted heads of grain devour the seven good heads of grain. Pharaoh is again startled awake, only to realize that he has had another disturbing dream. We generally forget our dreams (at least I do!); they somehow rarely write themselves onto our memory “hard drive.” But Pharaoh remembers them quite well. They have troubled him.

Pharaoh, thought to be a living “god,” cannot explain his own dreams. He has magicians and wise men as religious experts in his court. He tells them his two dreams, and his religious experts with all their wisdom and cleverness are not able to interpret the dreams either. The entire Egyptian court is still in the dark; their achievements in religious studies and Egyptian theology have provided them with no help to solve the riddle of dreams about cannibal cows and thin heads of grain that eat other heads of grain. Ph.D.’s in “dreamology” are not going to provide any answers this time around. All the wise men and magicians are stumped! 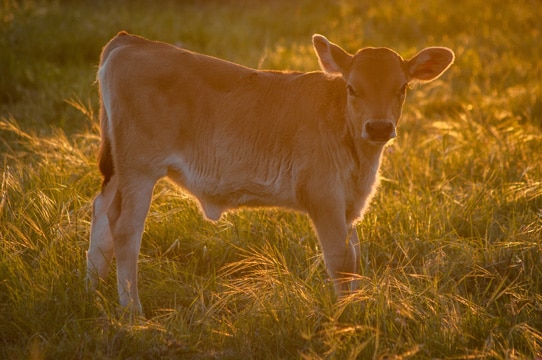 This pathetic little “crisis” over two dreams now jolts the cupbearer’s memory, and he steps forward to confess his shortcomings (literally, “my sins”), namely, he had met Joseph two years earlier, a Hebrew slave who actually explained his own dream in a most accurate way. But after he had been released the cupbearer had said nothing about Joseph! In describing Joseph to Pharaoh the cupbearer does not even name him (did he completely forget his name? did he so disdain this “young Hebrew” that he could not even be bothered with his name?). Since we readers are “allknowing” (in a literary sense), we already know from Genesis 40 that the LORD is with Joseph and that He provides him with the proper interpretation. Pharaoh is about to learn who Joseph is; we readers already know him.

Pharaoh, eager to know what his dreams mean, orders Joseph to be brought before him. However, before Joseph could ever hope to come before a “living god,” he must be properly prepared. Things move fast now as Joseph is quickly brought (literally, “made to run”) from the pit. His body and head are shaved (the Egyptians were a bit fanatical about cleanliness), and a fresh change of clothes is given to him. Psalm 105:20 says, “The king sent and released him, the ruler of peoples set him free.”

Pharaoh tells this young man, just fresh out of the royal dungeon, that he has heard that Joseph is able to interpret dreams. Joseph’s response is quite striking: “Not I! It is God who will give Pharaoh the answer that explains what his dream means.” Whatever else Joseph has learned in prison, he continues to remember and believe that he is a child of God, that God has all the answers, and that God must be given the full credit that He deserves. One might say that Joseph embraces the life motto, “Soli Deo Gloria – to God be the glory alone!” Joseph could have said, “Yes, I have insight into dreams.” But he stays true to his earlier confession when he had said to the chief cupbearer and the chief baker that interpretations belong to God (see Gen. 40:8).

Pharaoh relates his dreams to Joseph, and he does so with some embellishment. Probably the most notable item that is added is that after the lean, ugly cows devour the fat cows, the lean cows are just as lean and ugly as before. In other words, once the lean years are past, Egypt’s resources will be largely spent.

Joseph then interprets. Now, we must remember that a (royal) prophet must be accurate: Joseph would have forfeited his life had he been wrong. The dreams are in fact “the same” (41:25, 26). The fact that there were two dreams is significant (41:32): God has confirmed the message with “two witnesses” in order to help establish the truth being communicated in the dreams (as He had done in Joseph’s dreams in Genesis 37). All of this discredits the magicians and wise men of Egypt: it is not that they have a “wrong” interpretation of Pharaoh’s dreams; they have no answer at all. They are completely clueless! God’s ways have put to shame the wisdom of this world, just as God’s grace may appear to be foolishness to the world. In fact it is wiser and more powerful than anything this present evil age has to offer (cf. 1 Cor. 1:18ff.).

But Joseph is not finished speaking. In a rather bold move, he goes on to tell Pharaoh what course of action he should take. First, appoint a wise man to be in charge of Egypt. Second, Pharaoh should appoint commissioners to take a fifth of all harvests during the years of plenty and store all this food in the various cities of Egypt. Joseph has in mind the well-being of the country. A wise ruler knows that a hungry citizenry can easily turn into an angry, even revolutionary, mob. Remember the cry of the mobs during the Bolshevik revolution in Russia was, “Peace, land, and bread!” Joseph is thinking about the well-being of the Egyptian people, for in their well-being the Pharaoh could experience stability in his reign.

Joseph in Egypt, Daniel in Babylon

Many Bible readers have seen parallels in what happens to Joseph here and what happens to Daniel later during the Exile in Babylon. Both men are taken in their youth against their wills to foreign lands, there to be exploited by pagans. Joseph is sold as a slave, and Daniel (with his three friends) would be groomed to become a “new man” in Babylon (new name, royal diet, Babylonian education and worldview, etc.). Satan would try his best to crush these young men so that they would not be effective in God’s work. But God was with these godly young men so that in showing obedience and loyalty to this same God, God prospers them in very deliberate and noticeable ways.

Allen Ross (Creation and Blessing, p. 637) identifies four similarities between Joseph and Daniel: 1. Both men are Hebrew slaves who are summoned before the king to interpret his dream. 2. The king explains that problem of the dream that has eluded the wise men of his court. 3. With God’s help, each man interprets the dream of the king. 4. The foreign king elevates the Hebrew in reward for resolving the problem of his dream. With both Joseph and Daniel, the so-called wisdom of the court magicians and wise men is seen to be foolish and ineffective. God clearly comes out as all-wise and decidedly on the side of His own people, even if they are held captive in a foreign land. God’s hand is not shortened; His Word is never bound. The Pharaoh is being confronted with the Word of God in the mouth of a man of God (Nebuchadnezzar will receive the same, centuries later). Pharaoh might not acknowledge it in the right way. Joseph is virtually the equivalent of the Word of God in the role he plays (see S. de Graaf, Promise and Deliverance, I:229). Joseph’s promotion paves the way for Israel’s “redemption” by a 400+ year sojourn in the land of Egypt. Egypt is not yet an object for conversion or evangelism, but that great day would come later through Christ.

Lesson 7: Points to ponder and discuss

1. Joseph underwent several trials in his life, including his younger years. He was hated by his brothers (nearly killed), sold as a slave, falsely accused by Potiphar’s wife and then imprisoned. What are some things that he might have learned in all these trials?

2. God does not give us special revelation via dreams in this redemptive era. How do we gain understanding today in the issues that confront human beings, communities, and nations?

3. James 1:2 tells us to “consider it pure joy… whenever you face trials of many kinds.” How can we do that? Do we rejoice in the suffering, or, does Scripture tell us to focus on what the Lord is teaching us in the suffering? What are some of the things that James 1:2-4 says Christians may develop in the midst of suffering? How can a believer gain wisdom during his or her sufferings?

4. Read Matthew 2:1–12. King Herod would also be confronted by a revelation from heaven, a star that appears to wise men from the East. Jewish religious leaders will point to the prophecy of Micah to provide some kind of explanation and interpretation. In the dreams to Pharaoh, in the star from the East, and in the Biblical prophecy of Micah, powerful rulers are confronted with the Word of God. How do they respond to that Word? How are their responses different? What are the consequences to their responses?

5. Read 1 Corinthians 1:18–31. How does God make foolish the “wisdom” of Egypt by giving Joseph the interpretation of Pharaoh’s dreams? How has God supremely made Jewish desire for signs and Greek interest in wisdom look weak and foolish? Does God need the wise, influential, and powerful people in His program? What use does God make of the “foolishness of preaching” (not, foolish preaching!)? Where is our true Christian boasting now?

6. Do Christians have a responsibility to address rulers today with God’s Word? Why or why not?