Joseph escaped death from his brothers when in the pit earlier, and he has escaped death with the false accusation of Potiphar’s wife. God’s presence has certainly blessed him, and not just with barely escaping death. He had positively prospered in Potiphar’s house, and he prospers again in prison. But we could well imagine that this young man wonders what God’s wisdom and plan in all these events might be. If God is with him, then the route God has chosen has been a real roller-coaster!

This prison was not the worst place to stay. It was for criminals of “upper society,” so to speak. What are called the “cupbearer” and “baker” in verse 1 are later called the “chief cupbearer” (verse 9) and “chief baker” (verse 16). When I was growing up and heard this story, the first character was called the (chief) “butler,” a word that made me think of an older gentleman who wore a dark coat (with tails), who answered the door, and who spoke with an English accent! In fact, what older translations called the “butler” was, in fact, the cupbearer of the king. This was a very important position. Cupbearers had the responsibility of serving wine or beer to the Pharaoh, ensuring that it was not only safe to drink, but that it was of the highest quality. Cupbearers in the ancient world often became confidants of the ruler, and if the cupbearer was wise and trustworthy, he frequently provided advice to the monarch.

Bakers were also important officials for the Egyptian rulers. It is likely that he oversaw the preparation of food for the Pharaoh on a daily basis. We must remember that the Egyptians believed that the Pharaoh was a living god, and therefore, he must receive the best and healthiest of foods. Bread was an important element in the Egyptian diet, a staple that was a central part of what Egyptians from all social classes would eat. In some written records from ancient Egypt, there are references to over twenty different kinds of breads and baked goods that Egyptians ate, including pastries and cakes. 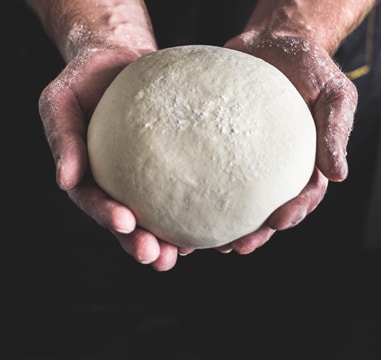 Both of these important royal officials offended the Pharaoh in some way, but the text does not tell us what their offenses were. Did he get food poisoning? Bad wine? Burnt toast? Or, was the Pharaoh suspicious of something much more sinister? We do not know. The text keeps us focused on the important matters. Being imprisoned in the royal prison suggests that this was an incarceration to allow the Pharaoh to decide what to do with each man. The prison is only holding them for the time being.

Scholars who have studied ancient Egyptian culture and religion tell us that the Egyptians believed that dreams were messages from the gods to tell the dreamer about future events. The ancient gods used dreams as a medium of revelation about what was soon to happen. But without interpretation, the cupbearer and the baker were discouraged.

Dreams had proved to be troublesome for Joseph earlier in his life (see Gen. 37). Dreams, in fact, are important in the entire Joseph story. They will typically come in pairs as well. Two dreams in Genesis 37 revealed that Joseph would rule over others, including his own family. Two dreams in Genesis 40 reveal events concerned with “lifting the head” in three days. And Pharaoh will have two dreams later about seven cows and seven heads of grain. God brings double dreams in these stories in order to confirm His revelation to those who are receiving it, whether such people are His own (like Joseph) or whether they are pagans. God speaks to people where they are. And “two or three witnesses” confirm that the message is true.

Joseph notices that the two important prisoners have discouraged looks. When they confess to having had dreams, but lack interpreters, Joseph makes a very important statement in verse 8b: “Do not interpretations belong to God? Tell me your dreams.” In other words, interpretations do not come from your pagan magicians or superstitious priests. True revelation comes from God and God alone!

And Joseph sets himself up as being the interpretive “point of contact” between the cupbearer’s and baker’s dreams, on the one hand, and God Himself, on the other hand. Joseph will receive God’s explanation of the dreams, and he will then relay that message. Here in the prison, Joseph is a kind of “prophet” of God.

The first dream uses garden imagery: a vine with three branches produces grapes. The cupbearer in the dream takes these grapes, presses the juice into Pharaoh’s cup, and offers the cup to the Egyptian king.

Joseph knows its meaning: in three days, the cupbearer will be restored to his important position in Pharaoh’s court. Good news for the cupbearer: release from prison in three days! But Joseph is not done talking. He includes a protestation of his innocence. He recalls his earlier kidnapping (“forcibly carried off”) and his more recent arrest on false charges. He once was in a “pit” before being sold as a slave, and now he is a “pit” again! Prison is no picnic; it is a “hole.” He knows that the facts are on his side, and he hopes that the cupbearer will take his case to the “supreme court” of Egypt, to Pharaoh himself.

The baker is encouraged by Joseph’s explanation of the cupbearer’s dream. But he will not hear a good explanation. Three baskets on his head represent three days as well. But the bakery items and delicious pastries in the top basket are food for the birds. While the cupbearer’s “head was lifted” (i.e., restored to office), the baker’s “head will be lifted” as well, but in a different way. The baker will be hanged on a tree, and his body will be eaten by the birds. For an Egyptian, whose burial practices included mummification (as least for important people), such an end to his life would be utterly disgraceful.

The third day comes, a birthday celebration for Pharaoh. It proves to be a restoration day for the chief cupbearer, but it is a day of devastation for the chief baker. Both men have their heads “lifted up” but in decidedly different fashions. The cupbearer resumes his service to the Egyptian monarch, while the baker is executed by hanging (or, by impaling his body on a sharp pole).

Joseph may have entertained the hope that the cupbearer would take his story to the proper person, and he might soon be released from prison. But the days dragged on. Likely he would have realized in a few weeks that his situation was not going to change soon. Here is a test of faith, a trial of his personal confidence in God and His providential care. We recognize that the text of Genesis 40 does not reveal to us Joseph’s inner thoughts, but it would be a long two years of prison (see Gen. 41:1). How is it possible for a man to forget the young slave in prison who so accurately interpreted his dream? Was it a matter of racial or social snobbery, that is, royal officials really don’t care for slaves placed in prison? We are not told. But the words are a sad conclusion to the chapter: “The chief cupbearer… forgot him.” It is as if he thinks, “I got my break; too bad for you, Joseph.”

Two dreams… again! Joseph had caught the drift of meaning in the dreams he had when he was 17 years old (Gen. 37), and he will later interpret the two dreams of Pharaoh in Genesis 41. The story of dreams in the royal dungeon is part of a pattern that links us to the other dream stories. The first set of dreams got the young man in trouble with his brothers. The dreams of this chapter speak of life and death, but his interpretation would be forgotten until later. The dreams of Pharaoh would convince the Egyptian ruler that Joseph was the man in touch with God Himself, when he correctly interprets them. In this way, Joseph is a kind of prophet, someone with true knowledge of God and His plans for the future.

Joseph again has shown to people around him—and to us readers— that his confidence in God is met with God granting to him understanding of dreams, the ability to interpret them correctly. There is nothing magical in Joseph’s soul: it is God who gives interpretations to those He chooses. This is still true today: where God has deposited a record of His will, a written testimony of His heart and mind, we do well to listen and obey. That is found in His Word, the Bible, an inspired text that is necessary, clear, sufficient, and fully authoritative. Those who drink in its message are modern day “prophets” who have the mind of Christ, able to address the questions of our day and age with the will of God. In Genesis 40 the stage is set for the great developments of Genesis 41. Chapter 40 is pivotal for the career of Joseph in Egypt and for the coming of the Kingdom of God. Even in prison he is successful. Surely God is with him so that he continues to rise toward the top. Consider the following: he is not murdered; he is sold to Potiphar; he is not executed but only imprisoned. Truly God is with him. That fact does not spare him from occasional harsh treatment or temptation. “The bud may have a bitter taste, but sweet will be the flower.” Could Joseph see that truth? Can our faith grasp such things still today?

Lesson 6: Points to ponder and discuss

1. God spoke to the covenant people before the coming of Christ in a variety of ways (Hebr. 1:1, 2). Besides dreams, what are some of the other ways that God spoke to His people in Old Testament times? Does He sometimes speak in these ways today?

2. In Jeremiah 23:25-32 the LORD denounces the false prophets who preach their own dreams and prophesy lies. A true prophet should stand in God’s council, because then he hears and knows the true revelation of God (see Jer. 23:16–18, 21–22). How can Christians today know that the preaching they hear is truly God’s Word (see 1 John 4:1–6)?

3. By explaining the two dreams, Joseph is showing the light of God’s Word to these Egyptians. What can we say about Joseph gaining confidence in a role of bearing the light to Egypt, for Israel (later)?

4. Joseph is innocent, a victim of injustice, first from his brothers and then from Potiphar’s wife. How did our Lord respond when He was falsely accused before the Sanhedrin? How should Christians respond today when they become the objects of false accusations, trumped-up charges? How did Paul and Silas respond in Acts 16 when they were arrested? (Note what they say on the morning after the earthquake when the authorities want to release them.)

5. This chapter marks the low point in Joseph’s life: he is imprisoned. Release comes in the next chapter. Describe how Joseph responds to his situation, both in Potiphar’s household and now in prison. Do we ever sense any bitterness in Joseph? His diligence and attention to responsibility is “rewarded” in both situations in what ways? Do believers always see similar results? Is there a kind of Biblical principle at play here? See Luke 16:10–12.

6. What place do honesty and hard work have in the Kingdom of God? Are not unbelievers also honest and hard-working at times? How can we make a greater impact for the coming of God’s Kingdom by how we act, speak, and work in the places of our occupations?