When Genesis 33 ended, everything seemed to be going Jacob’s way. Jacob and his household have arrived at Shechem, a significant city in central Canaan. They are camped within sight of the city itself. There is now peace, perhaps even good feelings, between Jacob and his twin brother Esau. Jacob has bought land and set up an altar to worship the true God, the God who has kept His word to Jacob and brought him back to the Promised Land. All appears well. But Genesis 33 also ended with the mention of the names of Hamor and his son Shechem, the local Canaanites who become very important in Genesis 34. The text is setting us up by means of these names for further developments in this chapter.

Where is God again?

The reader will note that God is mentioned in Genesis 33:20 (“El Elohe Israel” means “El, the God of Israel”). God again speaks to Jacob in Genesis 35:1. But the name of God is not mentioned at all in Genesis 34. To be sure, God is never absent from His people, yet it is as if God steps off the page for a moment in order to distance Himself, as it were, from the actions of Jacob’s family in Genesis 34. When you read the Bible, always take note where God is, what He does, and what He says. God is textually “absent” in Genesis 34. So why is this chapter in the Bible? What is God revealing to His church here? 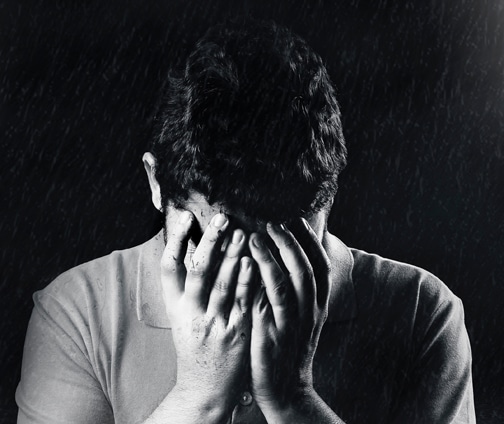 This is the only story about Dinah in the Bible, but throughout the entire chapter, we never hear her speak! Her words are not recorded for us. There are perhaps five or six conversation scenes in Genesis 34, but Dinah does not join in the conversation. At least the text does not record her words, if she does speak. She is a daughter who is “seen but not heard,” and even then, she is barely seen.

Dinah was the only named daughter of Jacob and Leah, born after Leah had given birth to six sons for Jacob (see Gen. 30:21). It is likely that the events of Genesis 30-33 would have taken at least eight years, and thus Dinah’s age is thought to be about 15 or 16 years old. With so many brothers in the family of Jacob, is it possible that Dinah was simply seeking other women friends in the area? If so, was this so wrong?

Whatever Dinah’s motivations were, her exposure to the women of Shechem also allows her to catch the eye of the young man Shechem, the son of Hamor, the local ruler. Verse 2 identifies him as a “Hivite,” one of the people who were settled in Canaan at this time. Thus Dinah is seeking association, even friendship, with the people of the land whodo not worship the true God, people who were pagans. Dinah’s desire for a wider circle of friends will not end well, as the text tells us in verse 2. Listen to this unhappy escalation: “saw her… took her… violated her.” What happens here reminds us of a later incident in the household of King David (2 Sam. 13), where his son Amnon rapes his half-sister Tamar. After that assault, Amnon despised Tamar. Not so in Genesis 34. In fact, Shechem loves Dinah and speaks tenderly to her (verse 3). He wants to marry the girl he has violated. At this point a question arises about what actually happened with Dinah, and the commentators are not agreed. Was it rape, a crime of violence? The English verb “violated” (verse 2) suggests violence, but the word in the original does not necessarily mean that. It can mean humiliate or even suppress, an action that can occur without violence. We do not read that Dinah resisted Shechem, as David’s daughter Tamar did with Amnon in 2 Samuel 13. Shechem appears to love Dinah, and he wants to marry her, something a rapist does not desire with his victim. Perhaps what he did to Dinah falls along the lines of what Biblical law would later condemn as fornication or seduction, intimacy outside of marriage. Genesis 2 is clear as to the norms of marriage: one man and one woman are joined in a lifelong bond of union, a union that is sealed with vows that are taken before there is physical intimacy, which is part of the “one flesh” aspect of marriage.

We should be careful to point out that we do not “blame the victim” (Dinah), that is, if she was unwilling to be intimate with Shechem. We read in verse 26 that she is taken from Shechem’s house, and we are hard pressed to say that she was being held there against her will. Nor do we read that she is unwilling to marry Shechem. Still, the text is clear that it is Shechem who “violated” her, and that is something that should never happen in Israel, among God’s covenant people. This sin will now set in motion the events of retaliation.

Shechem goes to his father to tell him to “get this girl” to be his wife. Shechem now falls back on traditional customs as he wants his father to arrange the marriage. Quite obviously the modern practice of “dating” was not an option for Shechem! And father Hamor goes to Jacob in order to enter into the negotiations that would lead to marriage (or so Shechem hopes). Jacob’s response, on the other hand, is silence: he cannot respond alone as long as his sons are away with the family’s livestock. When they learn of what happened to Dinah, they are furious.

The desire of Hamor and his son Shechem is revealed in verses 8-10 (and later in verses 21-23). The first speech is an attractive offer for Jacob and his entire family to live with these Canaanites, to intermarry with them, and to trade with them. In other words, just “blend in with us,” say these Canaanite leaders. “We don’t need to be separate from each other.” Hamor and Shechem appear ready to give these aliens (Jacob’s family) citizenship in this land. But this offer is really “forbidden fruit:” it appears good, even attractive, but in the end it will bring death. Temptations are never presented to look ugly or unattractive. Otherwise they would not tempt us! Also, we never hear any confession of sin or any apologies from the Canaanites. Just ignore the sin that was committed: it is time to “move on.” But the sin will keep festering.

While Hamor and Shechem offer glowing terms of inclusion, Jacob’s sons plan deceit as Jacob seems to go into the background. But this deception reminds us of Jacob’s own deceit earlier with his father Isaac. “False face hides what false heart does know.” Intermarrying with people who are not circumcised is disgraceful, they tell these Canaanites. Dinah will be given in marriage if, and only if, all the males of Shechem submit to circumcision. This is the deal-breaker: if the Shechemite men do this, then they all can become one people (verse 16).

Genesis 17 reveals that the LORD had imposed circumcision upon believing Abraham and his entire household as a sign of the covenant between God and His people. In the physical organ of generation every male member of the covenant would bear throughout his life a reminder that he had been set apart by God’s gracious decision, representative that only God can cut away the sin in our lives and that we are called by God to a new obedience. Therefore, circumcision was an outward act, one that was representative of an inner reality. But that inward reality can only be worked by the operation of the Holy Spirit. In God’s covenant family every male was to be circumcised on the eighth day of his life: having lived through one week (7 days) of the old creation, he began a new week on the eighth day as a marked man in his flesh. Imposed upon such a covenant community was the calling to a new way of life. Circumcision was thus an Old Testament sacrament of the covenant of grace, with the meaning given by God’s Word.

How tragic and how sad it is to read this story in Genesis 34, where Jacob’s sons talk to the Shechemites about the physical sign, but we read nothing about God’s covenant. We hear nothing about the gracious acts of the true and living God. The members of God’s covenant—Dinah’s broth-ers—are silent when it comes to submitting to the LORD. Instead, the sign of God’s gracious favor becomes, in their angry and enraged hearts, a tactic in a strategy, a plot devised to massacre their neighbors. One man violated Dinah; Jacob’s sons plot to wipe out every one of the males of Shechem. The covenant sign becomes the device of deception.

Amazingly, Shechem enthusiastically agrees! He wants to marry Dinah (verse 19: he is “delighted” with her). But father Hamor and honored son Shechem must now persuade the males of the town to submit to the knives of circumcision. This better be a very persuasive speech! And it is. But the angle of persuasion in this speech (verses 21-24) is slightly different from that used with Jacob and his sons. The Shechemites are told that they should agree to this proposal in order to get the Israelites to live and trade among them. The clincher comes in verse 23: “Won’t their livestock, their property and all their other animals become ours?” This is a shameless appeal to greed. “No pain, no gain” convinces the men that, in the end, the people of Shechem will come out ahead financially. The Israelites will blend in and then melt away.

The strategy is carried out by Dinah’s full brothers, Simeon and Levi. By the third day after the circumcision, the fighting men of the city would have been temporarily weakened by fever, pain, and discomfort. Now two brothers strike (with support from their servants?). All the males of the city of Shechem are killed. Simeon and Levi are then joined by the rest of the brothers in carrying off the plunder of the city: all the animals, all the

Lesson 13: Points to ponder and discuss