And I saw another angel flying in mid heaven, having eternal good tidings to proclaim unto them that dwell on the earth, and unto every nation and tribe and tongue and people; And he saith with a great voice, Fear God, and give him glory; for the hour of his judgment is come: and worship him that made the heaven and the earth and sea and fountains of waters. And another, a second angel, followed saying, Fallen, fallen is Babylon the great, that hath made all the nations to drink of the wine of the wrath of her fornication. And another angel, a third, followed them, saying with a great voice, If any man worshippeth the beast and his image, and receiveth a mark on his forehead, or upon his hand,  He also shall drink of the wine of the wrath of God, which is prepared unmixed in the cup of his anger; and he shall be tormented with fire and brimstone in the presence of the holy angels, and in the presence of the Lamb: And the smoke of their torment goeth up for ever and ever; and they have no rest day and night, they that worship the beast and his image, and whoso receiveth the mark of his name. Here is the patience of the saints, they that keep the commandments of God, and the faith of Jesus. And I heard a voice from heaven saying, Write, Blessed are the dead who die in the Lord from henceforth: yea, saith the Spirit, that they may rest from their labors; for their works follow with them. Revelation 14:6–13

We now return to the eve of the judgment (a similar “turning back” here as immediately after Revelation 11:12; see verses 12 and 13 there). Four voices are heard. All four give evidence of the long-suffering of God, who suspends his final judgment so as to impress upon the hearts and minds of men the urgent need of repentance before it be too late.

The key-words of the four voices can be conveniently listed as follows, each one beginning with the letter “D”; Duty…Doom…Destruction…Delight.

The first angel is space-traveling. He is flying clear across the earth so that ever so many may hear his urgent call to duty. He has a message for those who literally “sit” on the earth, those easy-going people who in their self-confident security fail to realize that the tide of judgment is coming up and that they are about to be buried beneath its waves. They are perhaps thinking and talking to each other about objects in space. Is not this the space-age? They are concentrating their attention on the created universe, and are forgetting about the Creator. Hence, we can immediately see the appropriate character of the can to duty they receive, namely, “Fear God, and give him the glory; for the hour of his judgment is come: and worship him that made the heaven and the earth and the sea and fountains of waters.”

B. AN ANNOUNCEMENT OF DOOM, verse 8

A second angel introduces a third ally of the dragon. The first two allies were the beast out of the sea and the beast out of the earth. Now comes Babylon, that is, the world as center of seduction. The wicked are warned that Babylon’s final fall is as certain as if it had already been fully consummated. Hence, “Fallen, fallen is Babylon.” The detailed account of Babylon’s fall is not found here, however, but in Revelation 18. Since much more will have to be said about Babylon in that connection I shall say no more here. Suffice it to point out that those in any age who keep clinging to Babylon will share Babylon’s doom.

C. A PREDICTION OF DESTRUCTION, verses 9–12

This is no doubt the most horrifying description of everlasting destruction (see II Thess. 1:9) in all of Scripture. The eye shrinks from it. The heart almost fails in contemplating it. How anyone in the face of such a passage as this can still deny the existence of hen is astounding. Nevertheless, it should be home in mind that this frightful description, too, is in reality a revelation of God’s love. On the eve of the judgment he causes this picture of never-ending woe to be held before the very eyes of men, and along with it causes the loud voice of a third angel to be heard, so that men might even now repent. God, accordingly, is love, even at this point. And it is exactly because men reject that infinite, tender love that they will suffer the most severe punishment.

1. The worshippers of the beast will actually drink the wine of God’s settled indignation. Meaning: this wrath will enter into their very inmost souls. God’s wrath, once it is no longer held back, will be poured unmixed into the cup of his anger. There will be no common grace in hell.

The punishment in store for the impenitent is nothing less than torment.

The torment never ends: “the smoke of their torment goeth up forever and ever, and they have no rest day and night.”

D. AN ASSURANCE OF DELIGHT, verse 13

In order to gather in all his elect God uses not only the method of warning and threat but also that of promise and assurance. Hence, this “voice from heaven” saying, “Blessed are the dead who die in the Lord from henceforth.” Those who die in the Lord will immediately be blessed. They will partake of conscious delight (there are no sleepers in heaven; for detailed biblical proof see my book, The Bible on the Life Hereafter, pp. 53–57). The voice of one of the redeemed is confirmed by the Spirit, saying, “Yes, that they may rest from their labors; for their works follow with them.” 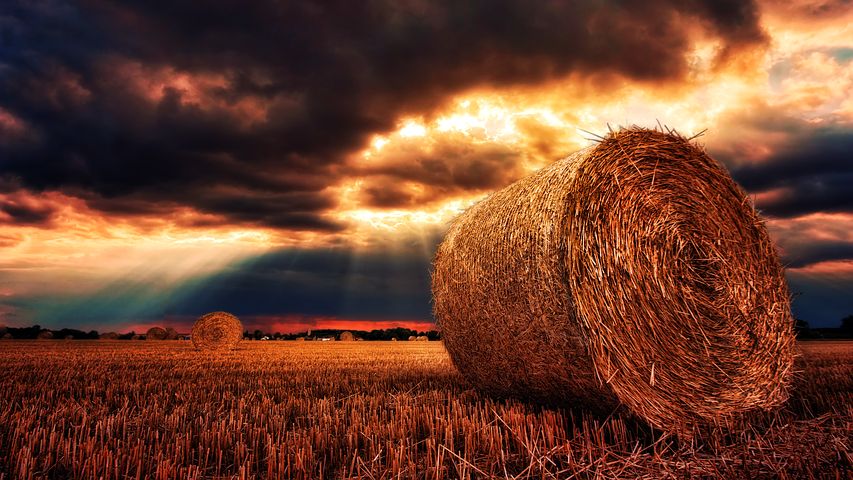 1. In connection with verses 9–11, what is the doctrine of Jehovah’s Witnesses?

2. What arguments would you use to refute that dangerous ism?

3. Who was the man who started this ism, and what do you know about his life?

5. What is the meaning or content of the word “Blessed” in verse 13?

6. In connection with that verse explain, “that they may rest from their labors.”