And I saw, and behold, the Lamb standing on the mount Zion, and with him a hundred and forty and four thousand, having his name, and the name of his Father, written on their foreheads. And I heard a voice from heaven, as the voice of many waters, and as the voice of a great thunder: and the voice which I heard was as the voice of harpers harping with their harps: and they sing as it were a new song before the throne, and before the four living creatures and the elders: and no man could learn the song, save the hundred and forty and four thousand, even they that had been purchased out of the earth. These are they that were not defiled with women; for they are virgins. These are they that follow the Lamb whithersoever he goeth. These were purchased from among men, to be the firstfruits unto God and unto the Lamb. And in their mouth was found no lie: they are without blemish. Revelation 14:1–5

What a contrast between the preceding chapter and this one. There our minds were occupied with ugly “beasts.” Here, with “the blessed.” These are the 144,000 of chapter 7:4. Now, however, they are no longer the Church Militant but the Church Triumphant. And they are in the immediate presence of the Lamb. Wherever the Lamb is, they are. Whatever the Lamb does, they do as far as it is possible for redeemed creatures to do it. His name and that of the Father, moreover, is on their foreheads; that is, the imprint of his and of the Father’s image has been stamped upon their entire personalities.

It was on Mount Zion that the Lamb and his 144,000 were standing. Mount Zion is “the city of the living God, the heavenly Jerusalem.” We are dealing here, therefore, with “the general assembly and church of the firstborn who are enrolled in heaven and the spirits of just men made perfect” (Heb. 12:22).

Is it not very instructive that these 144,000 are here pictured from two aspects; (a) that of human responsibility: “They follow the Lamb whithersoever he goeth,” and (b) that of divine grace: “They were purchased from among men”? Neither of these two should ever be neglected in teaching or preaching. Salvation is conditional, but the power to fulfill the condition is entirely from God. Only those who are blood-bought will ever be “following the Lamb whithersoever he goeth.” Cf. Philemon 2:12, 13; II Thessalonians 2:13.

Of course, it is new. How completely new everything will seem once we have been delivered from the waters and floods of this earthly life and transplanted to the land of the blessed! It will be a completely new experience.

Be sure to concentrate your attention also on the fact that this song is sung toward the Throne and its Occupants. God in Christ is the center and object of adoration and worship. Here below we may occupy ourselves with the question, “Shall we know each other there?” In the land beyond the river all the blessed will be saying, “Whom have I in heaven but thee?” And the very fact that all of them will be saying this together will make their mutual fellowship all the more real and rich!

One more striking fact must be mentioned. It is the thought with which I started this lesson, and to which J now wish to give a further application. What a sharp contrast between the nerve-racking noise, the raucous roar of blasphemy coming from the mouth of “the beast” in the preceding chapter (13:5), and heaven’s graceful symphony. There we heard nothing but boasting. Here nothing but praise to God and the Lamb. 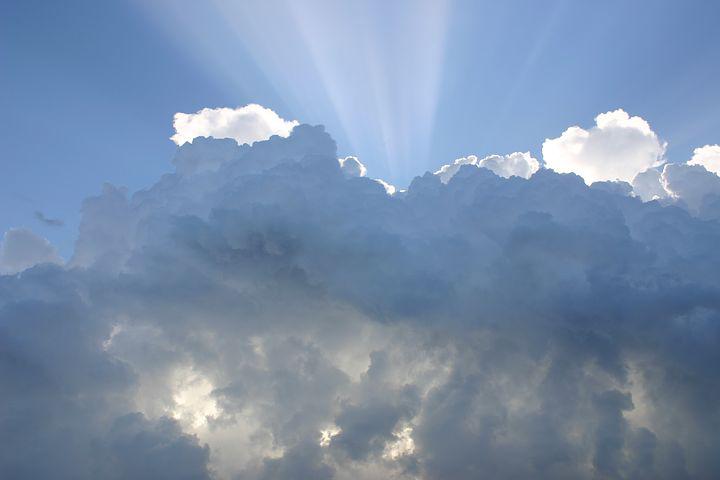 May I remind the societies and study-groups that several of the questions at the end of each Lesson are answered in More Than Conquerors. Not by any means all, however. That would make things too easy!

1. In connection with verse 2 note that the “voice” from heaven is both that of “many waters,” etc., and that of “harpers harping on their harps.” Why both?

5. “These follow the Lamb whithersoever he goeth.” Does this mean the perfectionists are right after all?

6. In connection with verse 4, what was the law of the firstfruits in Israel, and what practical lessons can we derive from it?