The place of dogmatics in theological study

As a form of human knowledge of God and ourselves, which is based upon the divine testimony of God’s revelation, dogmatics has a par­ticular place in the field of theo­logical study. Biblical studies fo­cus upon the interpretation of the biblical text, and are organized broadly in terms of the shape of the biblical canon. Historical the­ology focuses upon the history of the church that Christ is building by his Word and Spirit until the end of the age. Ministerial (“prac­tical”) theology focuses upon the office and task of the ministry of the Word of God within the church. 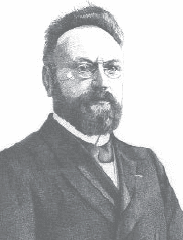 In Bavinck’s understanding of dogmatics, this branch of theo­logical study has a special task: to set forth in a comprehensive and systematic way the whole teach­ing of the Word of God. All the divisions of theology have their unique calling. The unique calling of dogmatics is to present in an orderly way what can be known about God and his relations with his creatures through divine rev­elation. In order to fulfill its as­signment, dogmatics needs to de­rive its knowledge from divine revelation in Scripture, and to con­form its presentation to the church’s summary of Scriptural teaching in the creeds and con­fessions.

In his consideration of the unique place and task of dogmatics, Bavinck addresses two important cerns the relative authority of Scripture, confession, and experi­ence in the dogmatic enterprise. The second question concerns the way in which dogmatics distrib­utes or organizes the content of the knowledge of God.

On the first matter, Bavinck steers a course between two er­rors. On the one hand, the Roman Catholic and Eastern Orthodox traditions have ascribed an inordi­nate authority to their dogmas in relation to Scripture. According to these traditions, the church may derive her dogmas from Scripture as well as unwritten apostolic tra­dition with which the church and her bishops have been entrusted. In the determination of dogma, the church also is said to have a ca­pacity to interpret infallibly what divine revelation teaches. As a consequence, the task of dogmat­ics is limited to the exposition and defense of the church’s dogmas. These dogmas are, in the nature of the case, not liable to testing by the higher authority of the Word of God in Scripture.

On the other hand, the tendency of liberal Protestantism has been to deny the authority of the Scriptures as the Word of God and to regard the church’s dogmas as an unfortu­nate imposition upon the simplicity of divine revelation. Within the or­bit of Protestant liberal theology, there is no longer any room for the discipline of dogmatics, since there are no acknowledged dogmas, whether biblically derived or siastically defined, that the theolo­gian is able to set forth and de­fend. In Bavinck’s view, the proper approach is to recognize that the Scriptures are the only source of the church’s dogmas, and that, no matter how respect­fully the theologian may view the church’s confessions; they must always remain liable to examina­tion by the standard of the Scrip­tures.

In his reflection upon the second matter, Bavinck defends the tra­ditional way in which Reformed dogmaticians have organized their summary of the teaching of divine revelation in Scripture. In the sequence of doctrinal top­ics—the doctrines of God, of man, of Christ, of  the Holy Spirit, of the church, and of the last things—Reformed dogmatics treats, comprehensively, the works of the Triune God, Father, Son, and Holy Spirit, in creation and redemption. The sequence of topics reflects what is basic to the Christian faith, the knowledge of the Triune God and the “appropri­ate” works of the persons of the Father (creation), the Son (re­demption), and the Holy Spirit (sanctification).

As the dogmatician articulates the knowledge of God and of our­selves, which is given to us through God’s own self-testimony in his Word, he begins with God and then “descends” to his works of creation and redemption. And since the work of redemption ul­timately aims to restore all things to God, the pattern of dogmatics exhibits a clear acknowledgment that all things are from, through, and unto God. Indeed, Bavinck insists that the dogmatician is gov­erned by the obligation to glorify and love the Triune God. By ex­pounding God’s own testimony and Word, the task of dogmatics must always lead to further, in­formed praise of the God who is, and who was, and is to come.

The Foundations of Dogmatic Theology (principia)

In the first major section of his in­troductory volume, Bavinck treats the kinds of “formal” questions that we have considered in our summary thus far. He provides a general statement of what the dis­cipline of dogmatics, as one of the four branches of theological science, aims to accomplish. Dog­matics aims to set forth in a sys­tematic manner what we may know about God and his creatures on the basis of divine revelation. Dogmatics presupposes, there­fore, that God exists, that he is revealed to us, and that he may be known by us.

In Bavinck’s view, any conces­sion to the claims of post-Enlight­enment philosophy and theology at this point, especially where they deny the reality of divine rev­elation or the knowability of God, must be resolutely opposed. In this section of his introduction, Bavinck also provides an impor­tant review of the history of dog­matics in various confessional tra­ditions of the church (Roman Catholic, Reformed, Lutheran, etc.). For our purpose in this sum­mary, we will refrain from com­ment on this survey, though it rep­resents an important context for understanding Bavinck’s theology and is often absent from other textbooks in dogmatics.

What we still need to consider briefly is the second major sec­tion of the introductory volume, which takes up the subject of the “foundations” (principia) of theology as a science. In this section, Bavinck (even as was the case with the first section) is preparing for the last and most important section of the intro­ductory volume, which deals with the doctrine of revelation in general and Scripture in par­ticular.

In this section of his introduction, Bavinck argues that all forms of human knowledge, including dog­matics, must inquire after their foundations. Though modern phi­losophy and science seeks to un­dertake this task on behalf of the­ology, Bavinck insists that it be­longs to the task of dogmatics to inquire after its own foundations. A Reformed approach to dogmat­ics is unwilling to concede this ground to unbelieving philosophy, since it always begins with the prior reality of divine revelation and proceeds upon the basis of faith’s conviction that this revela­tion is reliable. The task of ad­dressing the foundations of dog­matics, therefore, belongs itself to the dogmatic enterprise. Following a long tradition of Re­formed theology, Bavinck notes that the foundations of the science of dogmatics, as is true formally of any science, are three: the first principle is the basic reality or ob­ject that any science aims to know or understand, and that stands be­hind any knowledge that we may gain regarding this reality (principium essendi, “the prin­ciple of being”); the second prin­ciple is the external or objective medium or instrument through which we may obtain a true knowledge of the object of sci­ence (principium cognoscendi externum, “the external principle of knowledge”); and the third principle is the internal or subjec­tive reception or apprehension of what may be known in any par­ticular science (principium cognoscendi internum, “the in­ternal principle of knowledge”).

Though the language Bavinck employs in speaking of these three foundations of all the sci­ences, including the science of theology, may strike some readers as rather difficult or obscure, the basic point that Bavinck means to make here is relatively simple. Any one of the sciences could be used by way of illustration, but I will use the science of chemistry as a case in point. In order for chemistry to count as a science, we need to be convinced of the existence of chemicals and chemical reactions of various kinds. These “things” are the “stuff” of the science of chemis­try (remember those “table of the elements” posters in your old of chemistry means anything, it means that the chemist seeks to discover and to offer explanations regarding chemical phenomena. This is what is meant by the principia essendi of the science of chemistry: the reality of the chemical composition and func­tioning of created things. But it is not enough to acknowledge the existence of chemicals and chemical processes for the sci­ence of chemistry to be pros­ecuted. It is also necessary that the chemist, based upon proper methods of observation and test­ing in a chemistry lab, come to a proper understanding of what can be known about chemicals and chemical processes (the principium cognoscendi externum). Without a scientist who comes to know something of the nature of what he studies, there is no such thing as science. All sciences, in other words, in a purely formal sense require three components: an object to be known, a subject or knower who truthfully under­stands what he is studying, and a relation between the known and the knower that involves human sensibility and understanding (the principium cognoscendi internum).

For Bavinck, theology properly counts as a science on all three points. Though God is not an “ob­ject” or something (better: Some­one) to be known in the way crea­turely objects may be known, he does exist or possess reality in a surpassingly great manner. Be­cause God is the Triune Creator of all things, the whole of created reality in some manner or degree reveals to us his everlasting power, wisdom and divinity. The whole of creation and all of his­tory comprehensively reveal to God’s image-bearers something of who God is. Furthermore, God, who created man in his own im­age with the capacity to know and love him from the heart, has re­vealed himself in the divine testi­mony of his own Word.

Corresponding to the objective revelation of God, therefore, there is in human beings a certain faculty or natural aptitude for perceiving the divine. God does not do a half a job. He creates not only the light but also the eye to see it. Cor­responding to the external re­ality there is an internal organ of perception. The ear is de­signed for the world of sounds. The ‘logos’ implicit in crea­tures corresponds to the ‘logos’ in human beings and makes science possible. … Just as in science, so in reli­gion there are three principles to be distinguished. Religion exists because God is God and wants to be served as God by his rational creatures. To that end he reveals himself to hu­man beings in word and deed (the external principle of knowledge) and makes them subjectively fit to know and love God by that revelation (the internal principle of knowledge). … [I]n religion these three principles again have their foundation in the Trinitarian being of God. It is the Father who reveals him­self in the Son and by the Spirit. (RD 1:279)

With this lengthy quote of Bavinck, I will conclude this sum­mary of the opening sections of Bavinck’s dogmatics. It should be immediately evident why Bavinck devotes the remainder of his in­troductory volume to an extensive treatment of the doctrine of rev­elation, particularly the inscripturation of special revela­tion in the biblical canon. Chris­tian theology in general, and dog­matics as a branch of the science of theology in particular, must be founded upon the divine testimony of God’s revelation. Unless we have a clear understanding of what we mean by revelation and the Word of God, we will build the house of theology upon an uncer­tain and indefinite foundation. Since Bavinck’s treatment of the doctrine of revelation is quite ex­tensive, and includes a lengthy expo­sition regarding the doctrine of Scrip­ture, we will reserve our consideration of this section of the introductory volume to his Reformed Dogmatics until our next article.

Dr. Cornelis P. Venema is the President of Mid-America Reformed Seminary. He is also a contributing editor for The Outlook.