Christianity has never had a very strong presence in Japan. In fact, with industrialization, Japan has become one of the most secular nations on earth. But right now, thousands of Japanese are hearing the gospel of Jesus Christ in a new, or should I say old, way—and they’re embracing it.

The evangelist responsible for leading this spiritual awakening might surprise you. He’s none other than Johann Sebastian Bach.

That’s right. The German composer who died 250 years ago this year is bringing Christianity to Japan through the beauty of his music. Now there are reports of thousands of Japanese, inspired by his cantatas, converting to Christianity. It’s a testament to the power of art steeped in a biblical worldview.

Christianity has never been widely embraced by Japanese culture. When European traders and missionaries came to the island nation in the 17th century, they met with mixed success: Commerce thrived, but the gospel languished. But Japan eagerly embraced the music of Western culture.

Shinichi Suzuki even developed a method to learn to play classical instruments that became famous worldwide. But now, through a resurgence in Bach’s popularity, that music is providing a foothold for evangelism that trade and traditional approaches never have.

Bach’s popularity is so great that the classes at the Felix Mendelssohn Academy in Bach’s hometown of Leipzig, Germany, are filled with Japanese students. These students are learning about more than the music of the great composer—they learn about the spirit that moved him to write: that is, Bach’s love of God.

Writing on this resurgence of Bach’s music for civilization in the magazine of the Library of Congress, Uwe Siemon-Netto reports that his Japanese interpreter asked to start the day with one of Bach’s cantatas. She selected one whose lyrics declare that God’s name is Love. “This has taught me what these two words mean to Christians…and I like it very much,” she said. 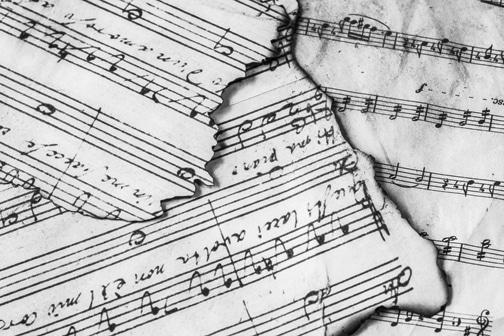 As Siemon-Netto points out, Bach’s music was once celebrated as the “fifth gospel”—praise that has never been more aptly said of Bach’s work than it is in Japan today.

What began as an interest in the brilliance of the music has led to an understanding of the richness of God’s grace. Masaaki Suzuki, founder of a school for Bach’s music in Japan, says that, “Bach is teaching us the Christian concept of hope.” And Yoshikazu Tokuzen of Japan’s National Christian Council, calls Bach nothing less than “a vehicle of the Holy Spirit.” And the revival his music is causing indeed confirms that.

At the end of every one of his works, Bach inscribed the initials “SDG”—shorthand for Soli Deo Gloria, “to God alone be the glory.” Little could he have imagined what purposes God would have for his work, even hundreds of years after his death.

And Bach could hardly have imagined that his music would contribute to the evangelization of Japan.

Bach’s legacy is a sterling illustration of C.S. Lewis’ maxim that the world does not need more Christian writers—it needs more good writers, and composers, who are Christians. And when we produce art that is really good, art that reflects a biblical worldview, its richness will endure through the ages—Soli Deo Gloria.