Within North American Evangelicalism there has developed over the past several years a false dichotomy between awe and accessibility in worship. Although many congregations are unaware of this “either-or” mentality, it is far too prevalent to be mere coincidence.

How many churches now refer to their services as celebrations rather than worship? There is something more than just semantics involved in this change. Language is important in that it defines the activities of our everyday lives. Celebration is man-centered and has reference to exuberance within the human heart. Worship is directed toward God as an act of devotion from human beings for their Lord. Worship is not primarily something that Christians receive, but rather, it is something we give.

Some might object that both worship and celebration consist of giving and receiving. They are our offering of our praise to the Triune God, and the subsequent receiving of blessing from Him. The distinction is one of emphasis, however, and that difference is not subtle. 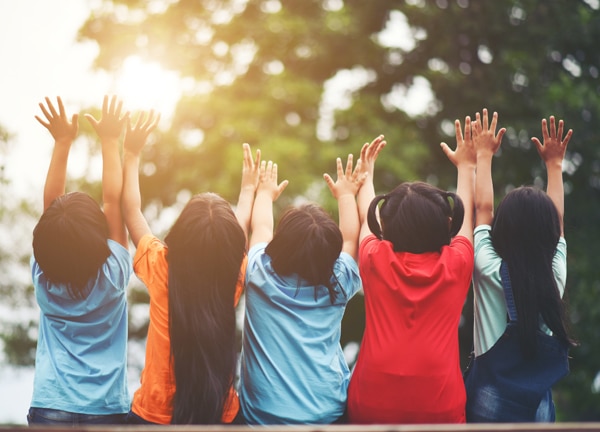 A celebration presupposes that we know enough to rejoice in the right things. But for human beings, with our limited knowledge and understanding, this is often not the case. How many of us are pious enough to celebrate the trials that inevitably challenge our faith? True, we might go through the motions of celebration, vainly trying to convince ourselves that we should be rejoicing in the midst of sorrow, but this is not the reverence that our Heavenly Father and ascended Lord deserve.

A true heart of worship offers praise to God whether times are good or bad. This is because the focus is not on our own condition but the nature and character of the Almighty God whom we worship. Through the centuries, the Church has recognized that praise is due to the Lord no matter what the human condition might suggest. The words of the prophet Habakkuk are instructive: “Though the fig tree may not blossom, nor the fruit be on the vines; though the labor of the olive may fail, and the fields yield no food; though the flock may be cut off from the fold, and there be no herd in the stalls; yet, will I rejoice in the God of my salvation” (Habakkuk 2:17-18).

I wonder how much pragmatism rather than faith dictates the form and content of many Sunday morning services in North American churches. The assumption of those who promote the celebration model seems to be that worship must be accessible. And that to be accessible, it must be friendly. As we look back over the centuries of church history, this is a novel approach.

Yet, in democratic societies where consumerism prevails, it is perhaps inevitable that a certain amount of religious salesmanship is to be found. In order to fill the church on Sunday, an attractive product must be offered. This explains why the celebration model relies heavily upon a multimedia presentation, rather than focusing upon the intrinsic power of God’s Word. Film, deafening music, and emotional testimonies are designed to engage the senses of the audience. It is as if truth could be absorbed through the senses rather than being filtered through the mind. This explains why the result of such celebrations is more a sense of emotional wellbeing rather than any lasting spiritual comfort or moral challenge. Such spiritual depth can only be communicated by a faithful presentation of the Word of God. It cannot simply be absorbed on the level of human emotion.

The Center of Worship

The force of influence of God’s Word can be mitigated and even emptied of its power by improper presentation. The Apostle Paul understood this clearly when he wrote to the Corinthians Church: “For God did not send me to baptize, but to preach the gospel, not in cleverness of speech, that the Cross of Christ should not be made void” (I Corinthians 1:17).

Even if a sermon is biblically sound, the weight and force of the minister’s words can be decreased and trivialized by what surrounds the divine communication from God to His church. Although the inherent power of God’s Word cannot be compromised, the impact of Scripture in the hearts and minds of those who hear can be adversely affected if the tenor of the presentation diverts attention away from the meaning of the biblical text. Such a diversion is easier than any of us would like to admit. The fickle and insecure nature of the human heart is always ready to receive a substitute for the message of God’s Word. Especially if what is being substituted is presented as being in support of, rather than in competition with, the sermon.

This argument presupposes two things. First, that the centerpiece of the worship service is the sermon. Second, that the purpose and focus of every sermon is to produce a sense of awe for God in the heart of the worshiper. Whatever else the sermon attempts to achieve, a sense of being humbled by the majesty of God, is to be communicated to those in attendance.

Some will certainly raise the objection that it is not necessary or even desirable for the sermon to be central to the service of worship. As forms of worship within the church vary, there exists freedom within such forms. One might prefer a liturgical form of worship, others something less formal. While the expressions of worship are many song, prayer, preaching, dance, sacrament, and drama – what is critical to all, is an awareness on the part of the worshipper that they have been in the presence of God who is at the same time love (I John 4:16) and a consuming fire (Hebrews 12:29). Such an awareness inevitably produces within the human spirit a sense of awe and profound humility above all things. It is only after a sense of wonder has been experienced that the human heart can then move on to the responsive emotions of joy and gratitude.

Unfortunately, the celebration model, in its desire to be relevant and accessible, has focused upon joy rather than awe as the central core of worship. But without the foundation of awe, such joy is only superficially God-directed.

It makes little difference whether praise songs are repeated, or hymns are sung just once, if instrumental accompaniment does not foster reflection upon the lyrical content of the song. What the celebration model does not recognize is that praise and worship is created primarily by words which give birth to reverent thought, not by musical instruments, lighting, decoration, or any other external props which either subdue or excite the emotions.

From the very beginning, Protestant worship has believed the faithful exposition of God’s Word is central to worship. Such preaching, supported by song, prayer, and sacraments, was the approved means whereby man offered praise to the Lord. Protestantism only betrays the beliefs of its founders if it turns to non-verbal stimulus in an effort to draw closer to God.

Without lyrical depth and integrity, “praise and worship” songs become little different than the religious icons used within non-Protestant traditions of Christendom.

Such music stirs the emotions in much the same way as icons stir human imagination. Yet, neither emotion nor imagination are the principle ways in which God communicates His presence to those who draw near in worship. As beautiful and wonderful as they might be, music and works of art constitute a man-made rather than divine relation. Helpful – yes. Instructive – perhaps. But only of peripheral importance in relation to the Word of God as it is delivered and explained through expositional preaching.

King David’s example is instructive to all who would draw near to the Lord with true praise and integrity in worship: “So David went down and brought up the Ark of God from the house of Obed-Edom to the City of David with rejoicing. When those who were carrying the Ark of the Lord had taken six steps, he sacrificed a bull and fattened calf. David, wearing a linen ephod, danced before the Lord with all his might” (II Samuel 6:12-14). David’s exuberance in worship was condemned by some, but it was accepted by the Lord because it had its origin in both awe and sacrifice. His celebration was the result of his drawing near to God with reverence and wonder.

Where the celebration model of worship falls short is in its failure to recognize that the emotional response of the worshipper – be it dancing, tears, or the silent meditation of the heart – must flow naturally from a genuine encounter with God. There is no need to “lead” the congregation into an attitude of praise before they have encountered the object of their rejoicing through the preaching of the Word, prayer, and sacrament. It is not being unkind to say that celebration without reflection is entertainment, not worship.

Mr. Paul Flodquist is an elder at Covenant of Grace OPC in Oxnard, California. He has also taught Systematic Theology part-time at a local Bible College.