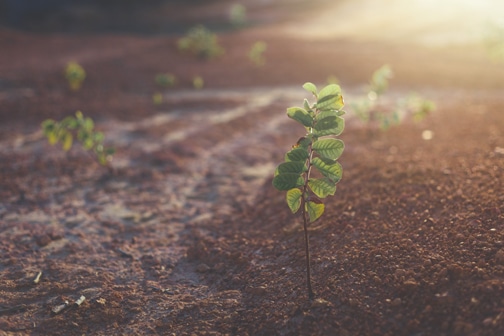 WHY DOES THE ROD NEED TO BE APPLIED?

First, a child’s nature needs to be corrected. Philosopher John Locke (1690) taught that children are born with a “blank slate” — that is, children are born innocent, and it is the environment that shapes them. The fact is that every child, although born as an image-bearer of God, is, because of sin, born twisted, fractured and distorted, sort of like the images we see of ourselves in the concave and convex mirrors of a fun house at a fair — in one we look tall and pencil thin (I like this kind best), but in the other we look short and very fat. In such mirrors our personal image is identifiable, but not accurate. The mirrors are fun because they represent huge caricatures of ourselves which make us laugh. But when we see from the Word of God, what God’s image in us should be, we cry. We see the necessity of the “teaching, rebuke, reproof and training in righteousness that II Timothy 3:26 describes. We begin to understand that our very nature was “sinful at birth, sinful from the time my mother conceived me” (Psalm 51:5).

Second, a child’s direction needs to be reversed. The mantra of modern education is self-expression. But unregenerate selves need to be restrained, not released. Permissiveness is a strategy of the devil, not God. Genesis 8:21 says that “every inclination of (man’s) heart is evil from childhood.” Psalm 58:3 says: “Even from birth the wicked go astray; from the womb they are wayward and speak lies.”

Proverbs 22:15 provides the solution for reversing a child’s direction: “Foolishness is bound up in the heart of a child, but the rod of correction drives it far from him.”

Third, the rod of correction needs to be applied because God requires it from parents. The privileges of marriage and parenthood do bring responsibility. Ephesians 6:4 says: “Fathers (mothers in father’s absence or negligence)…bring (your children) up in the training (applied Word of God) and instruction of the Lord.” To withhold discipline (applied teaching) from our children is to sin against God and against the children, perhaps causing their eternal destruction as was the case with Eli and his sons, Hophni and Phinehas.

In I Samuel 2 God spoke to Eli with these chilling words: “Why do you honor your sons more than me…what happens to your two sons, Hophni and Phinehas, will be a sign to you — they will both die.” In the next chapter God calls little Samuel and lays on the heart of this tender young boy the harsh judgment against the house of Eli: “And the Lord said to Samuel: ‘See, I am about to do something in Israel that will make the ears of everyone who hears of it tingle. At that time I will carry out against Eli everything I spoke against his family — from beginning to end. For I told him that I would judge his family forever because of the sin he knew about; his sons made themselves contemptible, and he failed to restrain them. Therefore, I swore to the house of Eli. The guilt of Eli’s house will never be atoned for by sacrifice or offering’” (I Samuel 3:11–14). Chapter 4 demonstrates that God’s word was true; Hophni and Phinehas were killed on the same day.

The book of Proverbs contains wise exhortations to parents and teachers: “Discipline your son for in that there is hope (19:18)…Folly is bound up in the heart of a child, but the rod of discipline will drive it far from him (22:15)…do not withhold discipline from a child; if you punish him with the rod, he will not die. Punish him with the rod and save his soul from death” (23:13,14).

Fourth, the rod is an expression of parents’ love. Have you ever heard your parent say, when administering a spanking, “This hurts me more than it hurts you”? Do you remember thinking, “Oh, I bet!” But for the Christian parent who is spanking for the right reason, it is true. Spanking is a repulsive task, but Christian parents do it because God commands it, and because they truly love their child. They understand that without the administration of restraints which sometimes entails forceful, painful interventions in behavior, children will destroy themselves, maybe in this life, certainly in the next. Again Proverbs addresses the subject: “He who spares the rod hates his son, but he who loves him is careful to discipline him” (13:24).

WHO ATTACHES THE ROD?

The farmer attaches his young trees to the stakes (rods) because the trees belong to him, and the fruitfulness or lack of it in the years to come will greatly impact the farmer’s success.

Who attaches the rod (the applied Word of God) to children? The parents do, by divine command. They are given the privilege and the responsibility of raising their children for God.

Our oldest child was born 38 years ago and I remember well the many tears I shed. One reason was probably “baby blues.” Another reason was that my husband, then a young seminarian, had to leave immediately after the birth for a summer student pastorate in another state, and I was lonely. My parents took me to their home from the hospital, and graciously cared for me and the baby for two weeks (recoveries from childbirth took longer in those days). But the deeper reason for my tears was that I was overwhelmed when I held my son. I thought, “How are we going to raise him to be everything the Lord wants him to be?” I was depending on my own strength and I had to learn that each child needs to be trained with the Word and prayer, one step at a time, one day at a time.

The Lord was so good. That son and his family attend the church my husband pastored in California. We still receive its monthly newsletter and the most recent issue contained a beautiful picture of our son and his young son listening with rapt attention to a Christian speaker in their church. I thought of the day this son was born, and how overwhelmed I was. All I could say now was, “Thank you Lord!” I cut the picture out and put it under the clear pad on my desk so that I can look at it every day and be reminded of God’s faithfulness to us and our entire family.

Parents “attach the rod” to their own children; we apply the Word of God to them, not because we are bigger, or older, or smarter, but because of God’s authority over us as parents.

I will utter hidden things, things from of old — what we have heard and known, what our fathers have told us. We will not hide them from their children; we will tell the next generation…He decreed statutes for Jacob, and established the law in Israel, which He commanded our forefathers to teach their children, so the next generation would know them, even the children yet to be born, and they in turn would tell their children. Then they would put their trust in God and would not forget His deeds but would keep His commands (Psalm 78:2–7).

Parents also “attach the rod” to their children because of God’s authority over their children. Our children are His first of all, on loan to us to raise for Him. Ephesians 6:1–3 say, “Children obey your parents in the Lord for this is right. Honor your father and your mother which is the first commandment with promise — that it may go well with you and that you may enjoy long life on the earth.”

It is absolutely essential that when parents administer discipline, they do so with the Word of God in hand, or better still, from the Word taught mind and heart out of which the mouth speaks.

With quarreling children, use Proverbs 17:14: “Starting a quarrel is like breaching a dam; so drop the matter before a dispute breaks out.” For loss of self-control use Proverbs 25:28: “Like a city whose walls are broken down is a man who lacks self-contro!” For gossip use Proverbs 26:20: “Without wood a fire goes out; without gossip a quarrel dies down.” For response to mistreatment use Proverbs 15:1: “A gentle answer turns away wrath, but a harsh word stirs up anger.” For stealing, even a penney, use Joshua 7, the story of Achan. For lying, use the story of Ananias and Sapphira (Acts 5:1–11).

And we could go on and on. The point is that discipline which is administered with the Word of God is Biblical discipline. I cannot stress strongly enough the importance of explaining to your child from the Bible why he or she is being punished. It silences all arguments and increases the child’s respect for God and for you. It demonstrates the relevance of the Bible to all of life. It takes arbitrariness out of the discipline process for you as well as for your child.

Finally, parents “attach the rod” because of the three-fold office to which God has called them. The first office is that of prophet. A prophet “listens to God” and “speaks to men.” A prophet teaches. I can already hear parents object. “But, we are not teachers!”

The truth is that you are teachers. If you are not verbalizing admonitions and instruction to your children, then your negligence is teaching them. Parents do not occupy a neutral position in the family lineup. “To teach” or “not to teach” are not options for parents. If they neglect to apply the Word of God to their children, they are teaching neglect, and the results are disastrous. Satan is just around the corner waiting to pick up the slack.

The second office is that of priest. Priests in the Old Testament sacrificed and interceded with God on behalf of the people. Parents must do the same. Parenting and sacrifice are synonymous. The sacrifices made by parents for their children are not atoning in terms of redemption; but they are selfless expenditures of time, talent, energy and resources for the good of their children. Tragically, there are many parents today who are deserting their parental responsibilities for selfish pursuits. Many others are expending huge amounts of money to provide a multiplicity of things for their children, while denying them the essence of what parents are called by God to provide. The results are too painfully evident. Parenting is a priestly office which requires the sacrifice of self in the selfless task of living and applying the richness of the Word of God to their children’s lives and interceding with passion to God on their behalf.

The third office is that of king. Parents are kings in their own house, appointed by God. Kings rule. Kids don’t. But in far too many homes, Christian homes included, kids rule. Their whims and wishes are their parents’ commands. We desperately need a return to Biblical hierarchy in the family where the king and queen (dad and mom) bow before the King of kings, take their orders from His throne and carry them out in their families. How do they do this?