My husband and I live in a luscious fruit belt on the western side of Michigan, bordering Lake Michigan. Among the many acres of mature fruit trees, one will often see a new orchard with row upon row of twigs tied to wooden stakes which are standing straight and tall. These tender shoots are attached to these ing under the stress of high winds and heavy rains, and to insure that they will grow straight and tall so the sap can flow freely and evenly to the branches, thus providing a direct and ample flow of nutrients to the branches so they may bear rich and copious fruit.

There is an old adage which says, “As the twig is bent, so grows the tree.” It refers to the development of a child (the twig). However that child (twig) is bent—influenced by teaching or the lack of it, by discipline or the lack of it, by examples, models, good or bad—so that child will become. If good teaching, consistent discipline and modeling are present the likely outcome will be good. If good teaching discipline and good modeling are absent, the outcome will be weak at best disastrous at worst.

Although there is no Biblical reference in the adage, there is abundant Biblical teaching that corresponds to the core idea. Isaiah 60:21 says, “Then will all your (God’s) people be righteous, and they will possess the land forever. They are the shoot (twig) I have planted, the works of my hands for the display of my splendor” (emphasis mine—LVH). In this verse we learn that the righteous are basically shoots or twigs that God Himself has planted. Not only that, but they have been planted not to bring glory to themselves, but to display the splendor of God! What an awesome thought—our children, precious shoots planted by God to accomplish such a vast vision, and we the parents, teachers and preachers are the vehicles through which this grand design must be accomplished. We must do the bending of the twigs so that the precious nutrients of Biblical teaching, discipline and example may be channeled into the twigs, so that the vehement winds of doubt and temptation may be dispersed.

But there is more. God chooses three trees to describe the righteous. In Isaiah 61:3 God says, “They (the righteous) will be called oaks of righteousness, a planting of the Lord for the display of his splendor.” Oaks, those tall sturdy trees, are known for the hardness of their wood. Our children, through Biblical teaching, discipline and modeling, need to be strengthened in mind and heart so they may become sturdy to resist all the sly, crafty and appealing ploys of the devil in this present age. 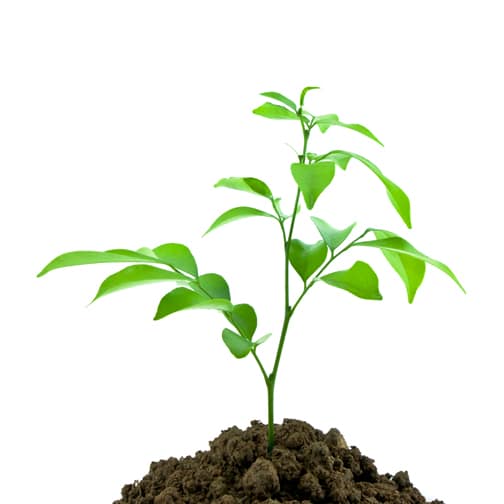 “The righteous will flourish like a palm tree, they will grow like a cedar of Lebanon; planted in the house of the Lord, they will flourish in the courts of our God. They will still bear fruit in old age; they will stay fresh and green, proclaiming, ‘The Lord is upright, he is my Rock and there is no wickedness in him.’”

A palm tree, known to be straight and tall, is another vision God has for His children. We all admire “straight shooters”—people whose word is dependable, whose “walk” matches their “talk,” who can be relied on when the going gets tough. They are people with character. Their worth is not calculated by the list of awards they have amassed, or by the fatness of their bank accounts, or by the rung of the corporate ladder they occupy. Their worth is rather calculated by who they are—the fruits of the Spirit they possess, the conformity of their lives to the Beatitudes in Jesus’ Sermon on the Mount, the Ten Commandments, and indeed all of Scripture. Those who are “straight” in the Biblical sense are those who walk the “straight and narrow,” so clearly and so often discussed in the Scriptures. Our task as parents and teachers is to teach, train (applied teaching) and model this quality of straight living on a straight path, a sobering task.

The righteous are also identified as cedars of Lebanon, those thick, huge trees used by Solomon for the construction of God’s temple, a display for God’s splendor. These trees are deeply rooted in the soil in which they are planted, making it impossible to uproot them. That’s the way God wants the righteous to be—deeply rooted, unmovable, “planted in the house of the Lord (the soil)” as Psalm 92:13 says. Our task as parents, teachers and preachers is to plant these twigs in the “house of the Lord,” the church, and in the day in day out teaching and enforcing of the Word of God in our homes (Deuteronomy 6:7–9). The promises are sweet: Our children thus planted and deeply rooted, will “flourish in the courts of our God.” Their lives and testimonies will strengthen the body of Christ, and “spread the fragrance of Jesus Christ…among those who are being saved and those who are perishing” (II Corinthians 2:14, 15). Their vibrant witness will even transcend the sometimes severe limitations of old age, for “they will still bear fruit in old age; they will stay fresh and green, proclaiming, ‘The Lord is upright; he is my Rock’” (Psalm 92: 15). How blessed we are as parents, teachers and preachers, to have these children on loan to us from God; to be chosen vessels of God to prepare these “shoots” (twigs) to be palms, oaks and cedars in the Garden of God—His Kingdom.

When I was a child I would often see my mother take a “shoot” and place it in a container of water until it developed its own root system. Then she would plant it in its own pot, and later transplant it to a larger pot. To a child it was a wonder, and we should never lose our childhood eyes.

The plant that developed from that little “shoot” bore a striking resemblance to the plant from which it came because it was, in reality, an extension of that plant. God chooses this example of a “shoot” to describe righteous people: “They are the shoot I (God) have planted…for the display of my splendor” (isaiah 60:21). Man, as a shoot, bears a striking resemblance to the source from which he comes -God Himself. That striking resemblance the Bible calls the “image of God” in man. The creature never, even in the state of perfection, becomes the Creator, but he is by God’s design, an “image” of the Creator.

What is an image? Look in the mirror. You see yourself—and yet it is not you. It is a reflection of you. Man is not God, but he was designed to be a reflection of God. In what ways?

Spiritually, man was created with true knowledge. He was not omniscient (knowing everything, like God does). but what he knew, he knew truly, without error. Man was also created righteous, that is, he stood in a right relationship with his Maker—no guilt. Man was also created holy so that all of his thoughts, words, deeds—the totality of his being—was pure, in perfect tune with his Creator. These spiritual qualities were a reflection of the true knowledge, righteousness and holiness of God. Spiritually, man was an “image-bearer” of God.

Physically, God distinguished man, His “image-bearer,” from the animal world by giving him the ability to think, to reason, to communicate, to experience emotions. He created man to be a moral being with an eternal future.

But alas, sin entered the world, and tragically, man lost all of the above! He lost the ability to know truly. He lost his right standing with God (righteousness) and stood guilty before God instead. He lost holiness, and stood polluted before God instead. His ability to think, to reason, to communicate, to experience emotions became twisted and tarnished. As a moral being he was only evil and his eternal future was reversed. Eternal hell now became his destination.

But, alas again! God’s expectations remained the same! In Leviticus 11 God said to Moses and Aaron, “Say to the Israelites…consecrate yourselves and be holy because I am holy…be holy because I am holy.” The apostle Peter in his first epistle, recalled these words: “But just as he who called you is holy, so be holy in all you do, for it is written: ‘Be holy, because I am holy’” (ch. 1:15, 16). Holy—totally pure in person, in life, in relationships. No compromise with God. No half-way measures. “Be holy.” Who could achieve this?

In addition, when sin entered the world, God’s cultural mandate was not withdrawn or altered: “Be fruitful and increase in number, fill the earth and subdue it. Rule…” for God. How could sinful man accomplish this when his physical faculties and capabilities were shrouded in sin and darkness? He could not.

But you know the rest of the story, how God Himself intervened; how He sent His only beloved Son, Jesus Christ, to obey God perfectly, to give His life as an atonement for man’s sin; how God inspired an inerrant Word through which fallen man could learn of salvation through Christ. of being restored in righteousness and holiness through Christ. of regaining true knowledge (even though “seeing through a glass darkly” until Christ returns), of renewal of mind, purging of communication, purifying of emotions and an eternity of bliss in the presence of God; how redeemed man could pursue with eagerness and blessing, the cultural mandate. subduing the earth for God. Amazing grace—that God should love us so! Amazing love—that God should place in our homes, churches and schools, little “shoots” (twigs) on loan from Him, for us to bend—away from the bondage of sin, to the freedom of loving service for our Creator-King-future palms, cedars and oaks in the Garden of God!