Because a lack of cognizance and rightful introspection too often proves deadly to a people, a group, or a movement, it may be well to look at the Christian Reformed Church through the eyes of an “outsider,” who is now at one with the proponents of Calvinistic theology. The question, and rightly so, commonly asked of one who has recently aligned herself with those of the Reformed faith, “What opinions or observations are most prominent in your mind since you joined our Church and have lived among our people?”, brings forth two comments.

There seems to be, first of all , a lack of awareness on the part of most Christian Reformed people—a lack of awareness of themselves, what they are and why they are; a type of “I am what I am because I am a chi1d of my parent because he was what he was”—ad infinitum—without ever examining the “why” of their forefathers. There is a lack of awareness of the rest of the world and what it contains. Theirs is often such an introverted existence that the rest of the world seems not even to be, or else it offers no concern for them. There is little objectivity or extraversion, in that the security and self-satisfaction of a “Jerusalem” (be it Grand Rapids or Pella) has given birth to a generation with little spiritual sensitivity—a sensitivity which would necessitate a consciousness of the world as it is, and the rightful place of the Christian Reformed Community in that world, as well as the great obligation to the people of that world. This is a generation that possesses eyes which do not see, covered over by spectacles which do not admit insight into the depth of their religious experience. 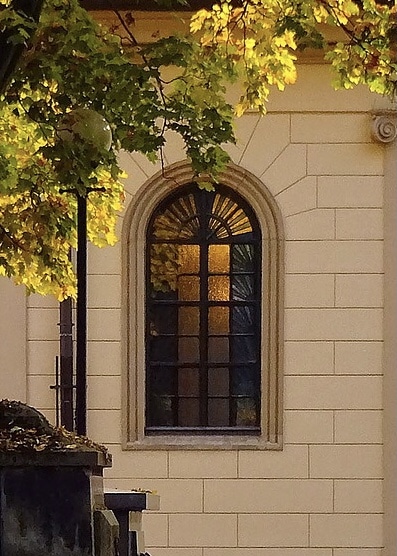 Granted that there are several reasons for this—a life spent in the shadow of the temple is not comparable to the experiences of one who has merely made pilgrimages to the holy city. Security can easily become the lullaby into contentment—the contentment which may lead to destruction. This is no excuse, however, for this shelter has only served to nourish them into becoming so encumbered by minor issues that they have missed the point of their faith, Bickering, gossiping, and smallness, which belong to all groups, should not be so prevalent; they are only manifestations of the ‘“busy-ness” and preoccupation with self which leaves no room for real awareness of the world and the church in the midst of the world.

The great danger involved in such an unawareness is that it may lead to indifference, which is the favorite tool of Satan and his demons. It may prevent the Christian Reformed people from looking at their Calvinism frankly and trying to determine, with fresh insight, what comprises its uniqueness. The people are too busy-busy with jobs, new homes, filling the social calendar, families, and even the church, to look truly at that around which they claim to build their lives. An ancient philosopher has said that the unexamined life is not worth living. Examination of self, church, or world can never take place unless an awareness of these entities is there first.

Alongside of this lack of awareness, there exists, even more importantly, a lack of appreciation of the heritage Reformed people possess; a heritage, yes, but one which cannot be kept alive without personal dedication. Nothing is vital if it is in existence only out of custom. There will either be a decay of the system, or of the people who claim to adhere to that system. No matter how beautiful an exterior may be, without nourishment the inner being will be starved into ruin.

Because Christian Reformed people cannot and do not look at their church as it is, it naturally follows that there can be no real appreciation of what it is. Often it is the one who has recently embraced a Calvinistic world-and-life view who possesses the greatest love for this theology which has direction for all of life. Hence, it is frequently disillusioning for the “outsider” to move in Christian Reformed circles, for he is forever looking for a corresponding zeal for and appreciation of the church’s fervor which is so obviously lacking. Rarely will he find the great truths of the Reformation discussed, and if they are, seldom is the reference to them accompanied by the evidence of personal devotion and gratitude to them.

The people seem to have delegated all theological power to the minister, thus lapsing into an attitude of stagnant security which asks no questions and makes no commitments. Little does it dawn upon them that the faith to which they so inadvertently ascribe demands of them a philosophy of life so stupendous, that consistent application of it would require a change of their minds and a reevaluation of their hearts.

Isn’t this, after all, the unique essence of Calvinism as the purest interpretation of Holy Scriptures that it requires of Christians of Reformed faith that they look at the whole world with its complex aspects, in the light of a philosophy of life, a philosophy determined by a conception of God as creator and us as creation. We are not members of the Christian Reformed Church as it stands as a mere institution, but as it represents the highest of man’s endeavors to systematize the truths of God.

Hence, the most humble type of appreciation should permeate our thoughts and determine our attitudes. However, where are manifestations of this appreciation to be found? The Reformed people have a priceless gift in their hands, and yet, they are so engrossed in admiring the tinsel that they have neglected to look in the box at the prize itself. Sincere appreciation and understanding of the implications of Reformed theology make dedication inevitable, for the Calvinist who has caught sight of the vision of his forefathers must live in response to that vision.

Thus, re-examination is imperative if the Christian Reformed Church is to be one of the last bulwarks of orthodoxy. Honest re-examination should lead to awareness, and when awareness has caused man to look outside himself, the appreciation of his church will never let him rest until his life has reflected the consistency that only Calvinism can offer. The power which is innate in his faith will find itself revitalized, because a real awareness of Reformed theology gives meaning and purpose to every aspect of life.

This is, after all, what the “outsider” felt when she came face to face with Calvinism; the whole world was opened up to her and she saw God and man in their proper relationships. Is it any wonder that she desires so earnestly that those to whom this heritage belongs also share completely and intensely?