Apparently not many people are offended by the descriptive term “rational animal.” It says something about our western culture when such a reference to man is acceptable as descriptive of him. It suggests that reason makes the basic difference between animal and man. It also implies that man’s behavior is determined by his reason. This popular T.V. program shows how far rationalism has seeped down to the grass roots. In spite of the fact that this term “rational animal” does little to suggest the high origin of man as image-bearer of God, it is accepted in our western Christian culture. This concept is not only dinned into the consciousness of children, but it also helps mold the curriculums our culture produces to educate these children. 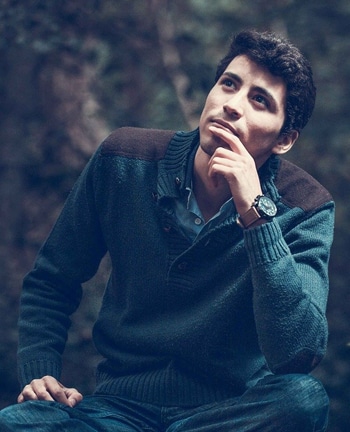 The word “animal” and the word “rational” refer to aspects of man. But to use them together as descriptive of man is misleading and woefully inadequate.

It is misleading because it suggests that the origin of man is animal. The mean child in school is reverting to his jungle status. Dr. Jan Waterink says it is foolish to speak of man returning to barbaric animalism. That was not his beginning. His sin is not a return to but a turning away from his original condition. War is not reminiscent of the beast in man. Animals cannot be as cunning or as devilish as man. It is man’s rebellion against God that causes all the grief. The keener intellect may generate a haughtier rebellion and effect a more devastating human tragedy. All man’s faculties may be developed to the highest degree but he sins because he is the son of Adam who was made in the image of God. He is, therefore, first of all, a religious person. This most important characteristic of man Christian education seeks to recognize.

The term “rational animal” is woefully inadequate because it takes one aspect of man, viz, the thinking aspect, and makes it the unique and dominating characteristic of the human being. How would western culture react if Jiminy Cricket would raise another aspect of man to the top of the hierarchy of human characteristics, He could call YOU the talking animal, the moral animal, the creative animal, the ethical animal, or the believing animal. These terms too distinguish the human being from other living creatures. These characteristics too must be remembered when organizing a curriculum to develop the whole personality.

It is interesting to note that Dr. Jan Waterink makes no primary reference to the rational aspect of man in his definition of the aim of education. It reads, “The forming of man into an independent personality serving God according to his Word, able and willing to employ all his God-given talents to the honor of God and for the well-being of his fellow-creatures, in every area of life in which man is placed by God.”

Today the principal is again confronted with the problem of what should be taught. On the popular level this is evident from the discussion as to whether baby sitting should be taught in the junior high or driver training should be taught in the senior high. At a more advanced level the Russian satellite sputnik has us worried about our science courses. At the professional level Mr. Donald Oppewal in the Reformed Journal of September urges us to work “Toward a Distinctive Curriculum for Christian Education.”

Our principals need time and professional training to concentrate on this problem. It is encouraging that we have men like Oppewal who are willing to sacrifice to do advanced work along this line. It takes a lot of study to be able to lift yourself from the culture that has produced you and then take a look at that culture to discern the Christian and non-christian strands. These strands affect curriculums that serve that culture.

Schools not only serve to perpetuate a culture, however, but they also serve to help each new generation meet the challenging changes each new era brings. Never before has change come so rapidly, Yet our principals nor our principles may get lost in the explorations of the stratospheric ocean that surrounds our earth. Neither may we look back nostalgically and suppose that a nineteenth century school can do a twentieth century job.