1. SOUL-SLEEP, THE THEORY AND THE ARGUMENTS OF THOSE WHO FAVOR IT

Sometime ago I preached to an audience other than my own. An observation made by one of the ladies after the service surprised me. What she said, in substance, was this, “I’m so glad that you cleared up this point about the life in heaven. Now I know that my dear ones are not asleep but awake and rejoicing in the glories of heavenly life.” I might say in passing that she had recently been bereaved of two who were very precious to her. “You see,” she continued, “I have been wondering about this, especially because Mr. . . . (the name of a prominent person was mentioned here) has been spreading the idea that those who die in the Lord enter a state of unconsciousness and remain in that state until the day of Christ’s second coming and the resurrection.”

Of course, I had read about this theory. I knew, for example, that way back in early church history a small sect in Arabia believed in the sleep of the soul; also, that at the time of the Reformation this error was being advocated by some of the Anabaptists; that Calvin had refuted it in his treatise Psychopannychia; that during the nineteenth century some of the Irvingites in England had clung to it; and that the Russellites in our own day believe in something akin to it, which, however, really amounts to a “going out of existence.” But I did not know that even in conservative Christian circles today that notion was again being advocated, and was confusing the minds of some of our own people.

Now, what are the arguments upon which these errorists—for that’s what they are—base their view? They are, in the main, the following:

a. The flow of consciousness is dependent on sense-impressions. For example, I see a handsome young man, and I start thinking about him; or I see a model house, and in my mind I plan to build one like that some day. Or, again, I hear the strains of sparkling music, and in my consciousness I am having a feast. But at death there is a complete break with everything that pertains to the senses. I neither hear nor see nor taste nor feel nor smell anything any more. Hence, it must be that the flow of thoughts ceases too. I lapse into unconsciousness, and until I receive a body again I remain asleep.

c. Nowhere in Scripture do we read that anyone who had been raised from the dead related what he had seen or heard in heaven. The reason? He had not seen or heard anything, for he had been unconscious or asleep. 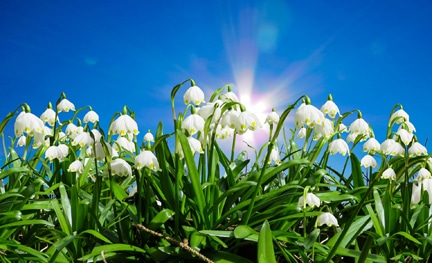 The soul of man is by no means merely an instrument of the senses. Consciousness can exist apart from sense-experience. God has no body, neither do the angels have bodies. Nevertheless, both God and the angels have consciousness. A man who is a genius of an organist can have music in his soul without having any organ on which to express it. His musical consciousness is not removed from his soul by taking the organ away from him.

As to the second argument (See [b] above):

Nowhere does Scripture say that the soul of the departed one falls asleep. It was the person who fell asleep, not necessarily the soul. This comparison of death to sleep is very appropriate; for (1) sleep implies rest from labor; the dead also rest from their labors (Revelation 14:13 ); (2) sleep implies a cessation of participation in the activities pertaining to the sphere in which one has been busy during the hours of wakefulness; the dead also are no longer active in the world which they have left; and (3) sleep is generally a prelude to awakening; the dead also will be awakened. In this connection, the comparison of death to sleep is particularly appropriate with respect to the glorious awakening that awaits those who are in Christ.

To be of any value at all to those who favor the soul-sleep theory, the passages referred to would have to prove that those who have entered heaven do not take part in the activities of the new sphere which they have now entered. None of the passages to which these errorists appeal proves in any way that this is the case.

As to the third argument (See [c] above):

Let us suppose that after Lazarus died, the Lord, knowing beforehand that after just a few days he was going to raise his friend from the dead, kept his soul in a state of unconscious repose. Would such an exception (and a few similar exceptions) prove the rule? Besides, even if we take for granted that those whom our Lord raised from the dead (including Lazarus) had actually been experiencing, however briefly, the conscious joys of life in heaven, is it at all certain that after their return to the earth they were either able or permitted to talk about their glorious experiences? See II Corinthians 12:4.

3. THE NOTION OF THE SLEEP OF THE SOUL CANNOT BE HARMONIZED WITH THOSE MANY PASSAGES WHICH CLEARLY TEACH OR IMPLY THAT IN HEAVEN THE SOULS OF THE REDEEMED ARE FULLY AWAKE

Must I indeed believe: that the redeemed in heaven are experiencing fulness of joy, pleasures forevermore (Psalm 16:11) while they sleep?

that they behold God’s face in righteousness and are satisfied with beholding his form (Psalm 17:15)

that they sit down with Abraham, Isaac, and Jacob (Matthew 8:11) in their sleep?

that the rich man, immediately after death, was in torments, cried, and pleaded (Luke 16) all in his sleep? that Lazarus (the one referred to in the parable) was comforted (Luke 16) in his sleep?

that those for whom Christ offered hi s touchingly beautiful high-priestly prayer are actually, in fulfillment of that prayer, beholding his glory (John 17:24) in their sleep?

that the glories of heaven, with which the sufferings of this present time cannot be compared, will be

that we shall see face to face and shall know fully (I Corinthians 13: 12, 13) while we sleep? that as soon as we are absent from the body we shall be at home with the Lord, delighting in a fellowship with · him better than ever before

(II Corinthians 5: 8) while we continue to sleep?

that death for us, believers, will be gain, better by far than anything we have ever experienced on earth (Philippians 1: 21, 23) though we remain fast asleep?

that the general assembly and church of the firstborn enrolled in heaven (Hebrews 12:23) is a congregation of sleepers?

that throughout all the majestic anthems and choruses of heaven, recorded in the book of Revelation (chapters 4, 5, 7, 12) we remain fast asleep?

that the new song will be sung (Revelation 5:9; 14:3) while the redeemed remain asleep?

that the souls under the altar cry with a great voice (Revelation 6:10) in their sleep?

that his servants will serve him day and night in his temple (Revelation 7:15) while they are fast asleep?

and that the souls of the victors are sitting on thrones and are living and reigning with Christ (Revelation 20:4) doing all of this in their sleep?

Brother, do you really want me to believe that? For myself, I believe this:

“When I in righteousness at last Thy glorious face shall see, When all the weary night is past,

And I awake with thee

To view the glories that abide, Then, then I shall be satisfied.”

1. What is meant by soul-sleep?

2. What are the arguments of those who favor this theory?

3. How do you answer these arguments?

4. Are there people today who accept the soul-sleep theory?

5. Quote some Scriptural passages which clearly teach or imply that the souls of the redeemed in heaven are fully awake.

1. What is meant by “our earthly tent-dwelling” (or “the earthly house of our tabernacle”) in II Corinthians 5:1? And what is meant by “be dismanteled” (or “be dissolved” or “be destroyed”)?

2. With reference to the expression “a building from God, a house not made with hands, eternal, in the heavens” there are several theories.

a. Does this refer to the resurrection body?

b. To an intermediate body, of very thin texture, which we shall receive as soon as our soul enters heaven?

c. To the actual physical body of Jesus in heaven, so that the souls of all the redeemed in heaven must be viewed as somehow residing inside that body (as a certain speaker from abroad suggested in a lecture given in our circles years ago)?

d. To something else, and if so, what?

3. What does Paul mean when he says that we do not wish to be stripped or unclothed but that we would rather be “clothed upon” (II Corinthians 5:4)?

4. What is meant by “the earnest of the Spirit” and why is this a great comfort (II Corinthians 5:5)?

5. How would you use verses 6–8 of II Corinthians 5 in defense of the view that in heaven the souls of the redeemed are fully conscious?