I. THE IMPORTANCE OF THIS SUBJECT

Until recently a very high percentage of human beings never attained to maturity. In fact, ever so many died in infancy. Of late, this tragic situation has taken a turn for the better. Concerted efforts are being put forth to counteract the high rate of infant-mortality and to improve the health of the nations. Think of what is being done by the World Health Organization (W.H.O.), an agency of the Economic and Social Council of the United Nations, and by other agencies all over the world. Even so the goal is not yet in sight.

The question naturally arises, Where are the souls of all these millions who died in infancy? Where, indeed, are those who constitute a surprisingly large proportion of the sum-total of all those who at one time or another lived on this earth, be it only for a few years, months, weeks, days, hours, or even minutes or seconds? Must we believe that by far the most of them are in some sense experiencing the agonies of everlasting perdition?

FirSt, there is what may be called the prevailing view in the Roman Catholic Church. It amounts to this: all unbaptized children are lost. When they die they enter the Limbus Infantum (or Infantium) , a place on the outskirts of hell. Their suffering here is negative rather than positive. They suffer the lack of “beatific Vision.”

Now this approach, while containing indeed an element of truth (inasmuch as it rightly recognizes the fact that responsibility varies with opportunity), is wrong on two counts:

a. Scripture nowhere ascribes such importance to the omission of the rite of baptism; b. it also nowhere teaches the existence of a Limbus Infantum.

Over against this is the position of those who hold that all babies are “innocent.” According to this view, “original sin,” if it can be spoken of at all, is not punishable apart from actual transgression. Since little children are not capable of actual transgression but are innocent, all are saved if they die in infancy. This, or something akin to it, is the position of many evangelical Protestants today. We love these people as brothers in Christ, but we do not believe that Scripture endorses this reason for their position. Infants, too, are guilty in Adam. Moreover, they are not innocent (see Job 14:4; Psalm 51:5; Romans 5:12, 18, 19; I Corinthians 15:22; and Ephesians 2:3). If they are going to be saved at all, this salvation will have to be granted on the basis not of their innocence but of the application of Christ’s merits to them. 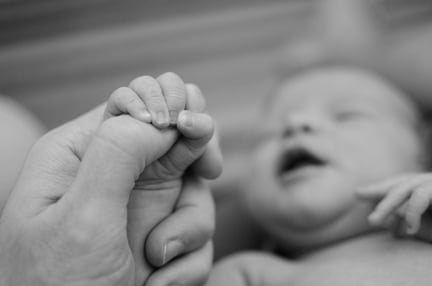 3. THE OFFICIAL POSITION OF THE PRESBYTERIAN CHURCH U.S.A.

The Westminster Confession does not give a clear answer to the question whether all those who die in infancy are saved. In fact, it leaves room rather for the opinion that some might not be elect and saved. See this for yourself. It states, “Elect infants, dying in infancy, are regenerated and saved by Christ through the Spirit, who worketh when and where and how he pleaseth” (Chapter X, Section III). In the year 1903 the Presbyterian Church U.S.A. has, however, “interpreted” this article so that today one knows exactly w her e this denomination stands with respect to that issue. It adopted the following Declaratory Statement:

“The Presbyterian Church in the United States of America does authoritatively declare as follows…With reference to Chapter X, Section III, of the Confession of Faith, that it is not regarded as teaching that any who die in infancy are lost. We believe that all dying in infancy are included in the election of grace, and are regenerated and saved by Christ through the Spirit, who works when and where and how he pleases.”

4. QUOTATIONS FROM THE WORKS OF REFORMED THEOLOGIANS

“All who die in infancy are saved. This is inferred from what the Bible teaches of the analogy between Adam and Christ (Romans 5:18, 19)…The Scriptures nowhere exclude any class of infants, baptized or unbaptized, born in Christian or in heathen lands, of believing or unbelieving parents, from the benefits of redemption in Christ” (Charles Hodge, Systematic Theology, Vol. I, p. 26).

“Most Calvinistic theologians have held that those who die in infancy are saved…Certainly there is nothing in the.Calvinistic system which would prevent us from believing this; and until it is proven that God could not predestinate to eternal life all those whom he is pleased to call in infancy we may be permitted to hold this view” (L. Boettner, The Reformed Doctrine of Predestination, pp. 143, 144).

Nevertheless, not all Reformed theologians speak so positively. Some bring out more clearly the difference, as they see it, between infants of believers and all other infants. “The children of the covenant, baptized or unbaptized, when they die enter heaven; with respect to the destiny of the others so little has been revealed to us that the best thing we can do is to refrain from any positive judgment” ( H. Bavinck, Gereformeerde Dogmatiek, third edition, Vol. IV, p. 711).

Similarly, L. Berkhof, while in full agreement with the Canons of Dort regarding the salvation of children of godly parents whom it pleases God to call out of this life in their infancy, states with respect to the others, “There is no Scripture evidence on which we can base the hope that adult Gentiles, or even Gentile children that have not yet come to years of discretion, will be saved” (Systematic Theology, pp. 638, 693).

b. The fact that the heart of God is concerned not only with the children of believers but also with those of un believers, even with those “who cannot discern between their right hand and their left” is clearly taught in Jonah 4:11.

“For the love of God is broader Than the measure of man’s mind And the heart of the Eternal Is most wonderfully kind.” (F.W. Faber, 1854)

d. Infants have not sinned in any way similar to the adults who have rejected the preaching of the gospel and/or have sinned grossly against the voice of conscience.

e. Scripture now her e explicitly teaches that some or all un believers’ children who died in infancy are saved. Though on the basis of b., c., and d. (above) a person may feel strongly inclined to accept the position that some or all of these are saved, he can never say that Scripture positively and in so many words declares this to be true.

f. God has given to believers and their seed the promise found in Genesis 17:7 and Acts 2:38, 39. Cf. also I Corinthians 7:14. Hence, the Canons of Dort declare, “Since we are to judge of the will of God from his Word, which testifies that the children of believers are holy, not by nature, but by virtue of the covenant of grace, in which they together with their parents are comprehended, godly parents ought not to doubt the election and salvation of their children whom it pleases God to call out of this life in their infancy” (I, article 17).

1. Why is this subject important?

3. What is the official position of the Presbyterian Church U.S.A.?

4. What was the position of Hodge and Warfield? Of Bavinck and Berkhof?

5. What is the Scriptural teaching with respect to this subject?

3. Would you appeal to Numbers 16:31-33 (or similar passages) to prove that some un· believers’ children who die in infancy are lost?

4. What was the view of luther with respect to this subject? Of Zwingli? Of Calvin?

5. “Satan gets the greatest number.” True or false? What is meant by the age of account· ability? When does a child arrive at that age? Is it important that the matter of accountability be impressed on the heart of the growing child?