The 1998 “off-year” campaign for control of Congress has started earlier than usual, is likely to be more expensive than ever and, in the end, will probably produce minimal change to the status quo of divided government.

As conservatives search desperately for a political savior who can undo the damage they perceive President Clinton and his baby boom generation have caused to our morals, there are signs that things are changing. This change is fascinating because it is not coming from topdown political activism, but from a bottom-up transformation of minds and hearts as boomers come to their senses.

Boomers seem to be emerging from a protracted adolescence, spanning more than 30 years. News reports tell us they are tired of the values they once embraced and are searching for the faith, ethics and virtues that mostly characterized their parents’ and grandparents’ generations. Just as boomers harmed culture with their largely bad behavior, their new subtle switch is producing a beneficial jolt.

This shift is not only observable as many boomers search for the God who “died” in the ‘60s, it is also being noticed in the corporate world. A recent issue of Sales and Marketing Management began a cover story: “There’s strange talk being spoken in the hallways of Corporate America today. It’s about inner peace and a desire to gain more from business than a hefty paycheck…Spirituality, folks, is taking hold of the workplace.”

Writing about this trend in the April issue of the publication American Demographics, David B. Wolfe who heads a behavior consulting firm in Reston, VA, says that “America is being changed by a massive and unprecedented shift in what I call the psychological center of gravity (PCG). This is the center of influence on popular culture and values. Its midpoint has moved from the young adult years, when people’s values characteristically undergo a major realignment.” 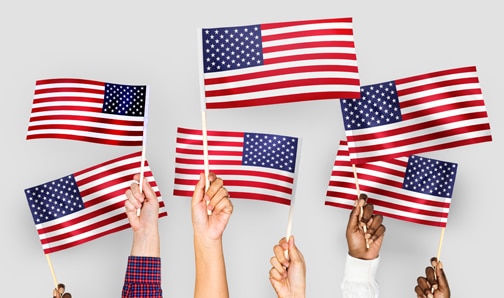 In other words, the boomers are, at last, growing up. And they are realizing there are certain truths about the human condition that cannot be ignored. So, we are beginning to see a drop in crime, an increase in marriage rates and a slow decline in divorce as the boomers not only demand more from themselves, but want more for their children.

Wolfe says politicians and police chiefs are taking too much credit for the decline in crime. Instead, he credits “the moral influence of the PCG…These moral, middle-aged influences could be changing the behavior of nearly everyone above the age of reason.”

Wolfe believes a kind of “unconscious consensus” is at work, “transforming the values profile of the nation.” While he thinks this will have an impact on everything from fast food to retailing and other industries whose marketing has been based on the values of the young, he also predicts that because “the age at the epicenter of the PCG is still rising, the narcissistic, materialistic values of youth will exert less and less influence on consumer behavior.” If Wolfe is right, conservatives may be focusing their efforts in the wrong place. Instead of concentrating on Washington, they might better achieve their objectives by turning to the harvest that awaits them in the fields outside the Beltway. Meeting the boomers at their point of need is what the churches do best; or used to do best before too many became entangled with the wrong kingdom. Religious conservatives returning to their first priority and living the message that their unelected Leader lived and taught would have a greater and more lasting impact on culture than any presidential candidate, election, legislation or Supreme Court decision.

The beautiful part of this is that once people’s hearts are transformed, the political and cultural institutions will reflect that transformation. But it’s nearly impossible to force a standard of goodness on a nation that either wants to be bad or is indifferent to those who do bad things.