Greetings in the name of our Lord Jesus Christ.

We are deeply grateful to God for leading our Synod 1994 to take a strong Biblical stand on women in office. 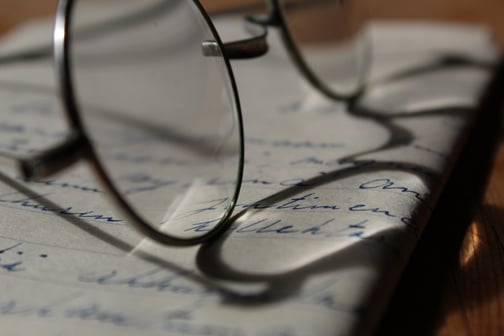 What are you going to do about it?

The editor of The Banner has made his decision. He will fight the decision on the pages of the church’s periodical. We seriously question the fairness of this. Is it right to oppose the stand of the church that hired him? Wouldn’t it be more honorable for him to resign?

What about professors at Calvin Theological Seminary? Many of them have voiced their opposition to the stand of synod. What kind of representatives of the denomination are they going to be in the classroom as they prepare young men for the ministry in the CRC?

The attempt to change Article 3 of the Church Order has been defeated. Article 3 stands. Will the future preachers coming from Calvin Seminary be an army at war with the church? Will a young man who opposes women in office, in accord with the official stand of the CRC, be recommended for candidacy by the faculty? Or will the faculty and the Board of Trustees repeat their attempts to prevent a young man, opposed to women in office for Biblical reasons, from entering the CRC ministry, as they did at Synod 19947 What must happen when the seminary and the church are on a collision course? Many of the professors are members of churches which have defied the synod. Our thanks goes to those who uphold the synodical stand.

What about Calvin College? How many professors oppose the stand of the synod? How many will bring their disagreements to their students this year?

Not only are the educational institutions dominated by rebellious employees, but many of the agencies of the denomination are as well.

The situation in the CRCNA is very serious. The integrity of the denomination is in trouble. The CRCNA is a confessional church committed to the Word of God and to the forms of unity. Our unity is based on an honest commitment to this foundation. When there is open rebellion by a classis in which there are 15 churches, many of whom hold the memberships of a large number of college and seminary professors and denominational employees, something has to happen to prevent the denomination from disintegration. What has to happen is ecclesiastical discipline.

We send this open letter to all concerned, with the prayer that the Lord may lead you to self analysis and reversal. It is our prayer that we as a church body, a fellowship of believers, may resolve to submit to the will of the Lord which was done at the Synod of 1994.

Yours for the sake of the Lord we love and the church He purchased with His own precious blood.