During the opening session, Mr. Peter Elzinga, a member of The Reformed Heritage Church of Holland, Michigan was elected chairman. Dr. Ed Kreykes, who serves as an elder in the newly organized Cornerstone Orthodox Reformed Church of Sanbom, Iowa was chosen to serve as vice-chairman. Rev. Jerome Julien, pastor of the Independent Reformed Church of Sheffield, Ontario continues to serve as stated clerk. 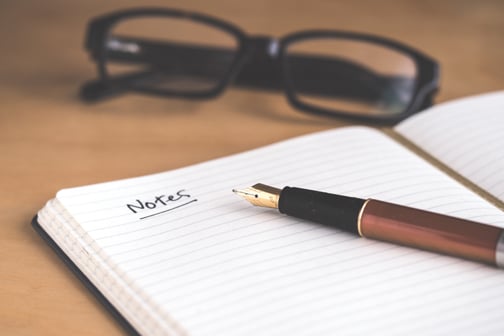 Dr. P.Y. De Jong whose commitment to the propagation and defense of the Reformed faith is well-known, set the tone for the three day meeting as he addressed the delegates and friends of the Alliance gathered for the opening rally on Tuesday evening. Dr. De Jong chose as his theme, “For Such a Time as This—the Reformed Faith.” After establishing the need for the Reformed faith in our day because of the compromise and emptiness which marks our society, the speaker outlined for his audience the distinctiveness of the Reformed faith. No one who was present will soon forget the relating of the lesson learned by Dr. De Jong as a young boy when an immigrant homemaker said to him, “When you become a preacher always begin with and end with God, otherwise your people will be left without an anchor.” The speaker then suggested several ways in which the churches can express that faith today.

An issue of great concern to the churches of the Alliance is the matter of federation. This concern could be sensed in all the discussions that took place during the meetings. Some are ready for immediate organization, while others believe that more time must elapse and that greater preparation is needed before organization of any kind can occur. A small minority still question the need for any kind of federation. The prevailing opinion, however, is that there must be a federation of some kind sooner or later. As one delegate observed, “We surely don’t want one big pope, but neither do we want a bunch of little popes.”

The council of the Aylmer Independent Christian Reformed church had overtured the alliance to establish an avenue by which the independent and unaffiliated churches might arrive at and agree to move toward the use of a common name. This matter was referred to the church order committee.

There has been an interest in recent years among some of the churches of the Alliance to give recognition in some way to the Westminster Standards. It was decided at this year’s meeting to revise the purpose statement of the Alliance to read as follows: “The Alliance of Reformed Churches is an association of churches that are united in an effort to give effective testimony to the truth of the Word of God as it is set forth in either the Three Forms of Unity or the Westminster Standards, and to assist the member churches in promoting ecclesiastical unity and Biblical obedience among the people of God.” It was also decided to appoint a committee to present a report demonstrating to the churches the unity between the Three Forms of Unity and the Westminster Standards and to identify any differences which may exist between them.

A committee was appointed to recommend specific liturgical forms and a specific form of subscription for use in the churches of the Alliance.

The members of the Alliance began their sessions with the singing of Psalm 8. To hear more than two hundred men joined in the singing of the Songs of Zion is no small part of the blessedness of attendance at the Alliance. As we made our way through the affairs of the sessions, we became increasingly aware of the greatness and faithfulness of our God who always preserves for Himself a church committed to the propagation and defense of the faith committed to us.