In recent years, academic authorities have, as in the past, found it necessary at times to censure or suppress student publications. This has occurred at state universities, Ivy colleges, and at Calvin College as well. In each instance, some students, and occasionally a faculty member, have raised the cry of peril to academic freedom. The same protest has been raised when faculty members have been dismissed as Communists.

The whole controversy, in all its facets and instances, reveals an appalling ignorance of the meaning of freedom, a fact which is all the more unhappy when it occurs on a Christian college campus. For the true understanding of freedom is basically theological, and the fabric of liberty is progressively weakened as our culture loses its theological foundation. The kind of freedom commonly claimed by men in our day is not the freedom of the creature but the freedom of would-be gods. Properly speaking, God alone is free and beyond responsibility to anything or anyone other than himself. The freedom of the creature is both limited and responsible. Man cannot fIy, nor can he be born when he chooses, or with the face or abilities he selects. Neither can he ever act independently of God and man but must at all times act with responsibility. Above, beyond and over his will is the absolute and sovereign God, who “from all eternity did by the most wise and holy counsel of his own will, fully and unchangeably ordain whatsoever comes to pass.” Nevertheless, God’s decree does not offer violence “to the will of the creatures, nor is the liberty or contingency of second causes taken away, but rather established” (Westminster Confession, III, 1). The freedom of the creature is real only because of God’s eternal decree, and it is never real except in terms of limitation and responsibility.

The Significance of this becomes more understandable as we examine in turn political liberty, religious freedom, and academic freedom. The free political order recognizes liberty but within the jurisdiction of responsibility and limitation. Unlimited freedom, as in the Greek city-states, becomes tyranny wherein any group can cI1slave another or legislate at will because it has the capacity and liberty to do so. True political liberty establishes the restraint of law, insists on liability, cannot tolerate any creed which works to overthrow it, and will not confuse freedom of the press, for example, with freedom to libel or slander, but will impose restrictions to guarantee freedom with responsibility.

In like manner, religious liberty cannot be an unlimited freedom, nor does such religious liberty exist in the United States, nor is it guaranteed by law. There is no freedom granted to religious cults to indulge in such practices as infanticide, polygamy, human sacrifice, sexual rites, the burning of heretics, or other practices occurring in various religions. When, in the last century, the Mormon polygamists attempted to justify their multiple marriages on the constitutional ground of religious freedom, the Supreme Court was quick to point out that such unlimited freedom was an impossibility. Any and every practice could then be defended on the grounds of religious liberty. The Supreme Court has recognized only those practices as compatible with religious liberty in America which do not go against Christian standards. It admittedly recognized Christianity, not as a revealed or official religion, but as a common law faith determining the nature and limits of the law in the United States. Any total concept of religious liberty is an impossibility for the creature and for his society, and it has been in a true sense a product of Christian culture that constitutional or limited freedom has become a guiding principle of certain nations. And constitutional or limited liberty has been the most secure in its existence and results because it is more theologically valid. The same principle applies to academic liberty. Properly speaking, there has been no instance in our generation in America of a violation of academic freedom. This term can only apply when scholars are denied the right of research and the right to publish or make known the result of honest and valid research. To apply the term academic freedom to anything else is to misuse it. It has, however, been misused by scholars who have viciously worked to undermine the basic standards of an institution while in its pay and ostensibly working to forward its concept of education. Academic freedom cannot be used to justify the teaching of Communism in a state institution dedicated to the weHare of the free political order, nor can it be used to justify or defend the teaching of Buddhism or modernism in a Christian college. In like manner, students have a responsibility and a corresponding limitation to the educational institution as long as they are a part thereof and bear its name, in that the institutional character and reputation is involved in their conduct. Admittedly, this limitation can be abused, but the actual fact is that most institutions, including Christian colleges, have leaned over backwards to show respect to the expression of the students even when it has been a source of serious trouble to them. For this forbearance, they arc to be commended if it is based on a healthy respect for true Christian liberty rather than a tolerance without principle. 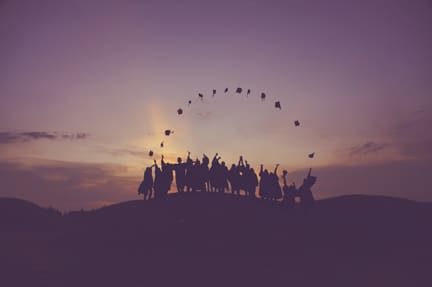 When the students of Calvin College, through the Chimes, protest the withdrawal of the Literary Review in the name of academic freedom, they show a singular ignorance of the meaning of creaturely liberty, and irresponsibility as well. An honest but still kindly verdict on theLiterary Review would be that it is almost consistently poor and immature writing which is secular in spirit. Its secularity is a reflection both on the students and the school. Christian writing does not require a use of religious terminology or subjects, but it does involve a consistently Christian view of life and a consistently Christian purpose. The failure of the Chimes to understand the meaning of freedom is especially striking. In a Calvinist institution, of all places, the exercise of freedom should be seen in terms of the responsibility and limitations of the creature under God, rather than a rebellious son of Adam seeking to be a god and denouncing all of God’s and man’s just requirements of him. This lack of understanding is a theological failure that reflects on both the students and the faculty and requires challenging.