Remember last time we talked about life—when it begins and what it means? We also talked about man’s definition of life from the dictionary and God’s definition of life from the Bible. Did you look up the Bible passage at the end of the previous article? Hope so. It was Psalm 139:13: “For You (God) created my inmost being, You knit me together in my mother’s womb.” Did you notice that David uses the pronoun “me” when he talks about himself inside his own mother before he was born? That pronoun “me” denotes a live human being, not just a pile of flesh. David, inspired by the Holy Spirit, believed that he had life even before he was born. 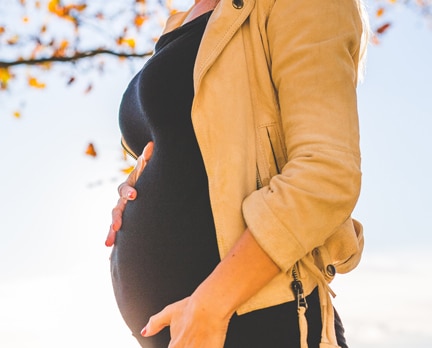 Do you remember the dictionary’s definition of life? It said that if you were able to take in energy, grow and adapt yourself, you were alive. In the last article we learned that the zygote (the union of a sperm and an egg) does those things moments after it imbeds itself into the mother’s womb. This means that life begins from the moment a woman becomes pregnant; not three months, six months or eight months later, but from the moment the woman becomes pregnant she has a God-given life growing inside her.

This is very important because once we know the definition of life we also know exactly what abortion is. By definition, abortion is the stopping of another person’s God-given life. No excuses. This means that a pregnancy caused by rape or incest is also a God-given life and is NO reason to kill the child.

Sometimes doctors can tell us that the baby will never have a nonnal life and may even threaten the life of the mother. Is it our place to say that the child should not live? It would be so easy and convenient to say yes. The Bible says NO. Deuteronomy 19:21 tells us that the only time someone may take another person’s life is in punishment for the sin of murder.

Pretty scary isn’t it? Let me scare you even more. Did you know that since abortion was legalized in 1973, millions of babies have been killed? Think of it this way. Round up all the people in ten large states across the United States and kill them all. Talk about a nuclear holocaust! Did you know that Planned Parenthood clinics and abortion clinics can do hundreds of abortions in just one week? Many doctors that work in these places can do ten abortions in just one hour. Here is another startling fact: all the children that were aborted had no chance to hear the saving gospel of Jesus Christ!

When will the madness end? America has a great sin to answer for. Only by electing men that believe abortion is wrong can the law be changed and the slaughter of babies be stopped. God spoke these words in the Ten Commandments: “I the Lord your God am a jealous God, punishing the children for the sins of the fathers to the third and fourth generation.” These words should make you tremble because God is talking to kids -the next generation. How long will God hold His anger? I don’t know. Children of God, think and pray hard about these things.