This month of May the World Home Bible League commemorates the twentieth anniversary of its foundation. Its origin was indeed humble and inauspicious. It began in Walkerton, Indiana, when Mr. William Chapman, a successful business man from Chicago, after a restoration from illness, determined to devote all his extra time, energy, and fund. to the propagation of the gospel through the distribution of Bibles. In that town of Walkerton he began to give away copies of the Scripture to those who were willing to receive them.

That was in 1938, just twenty years ago. Since then the World Home Bible League has experienced a phenomenal growth. In this short span of two decades the tiny seedling ha. become a sturdy tree. Millions of Scriptures have been placed in homes that had no Bible but promised to read it. The League’s Bibles have gone and are going to many land, besides our own: to Canada, Mexico, Cuba, South America, India, Japan, Hong Kong, New Zealand, the Philippines, Turkey, Greece, and other lands. It fully deserves the change from its original name: The American Home BIble League to the one by which II is now known: The World Home Bible League.

One of the fixed policies of the League is to distribute Bibles free of charge to all families which do not have a Bible and win promise to read it. The W.H.B.L. is not just a Bible Society but a missionary organization which specializes in bringing the Word of God into Bibleless homes, even those which cannot afford to purchase a Bible. We suppose there is a place for organizations which employ colporteurs who travel from place to place to sell Bibles. But we confess to having a “soft spot” for the W.H.B.L which seeks to reach those who have not the Word of God and likely would never read it if it were not for the efforts of the League·, workers who enter Bibleless homes and seek to awaken interest in the way of salvation.

One of the laudable features of the work of this organization is that it employs members of organized churches to conduct campaigns for the distribution of the Scriptures. In this way many a church has received a reflex blessing from the work.

We honor The World Home Bible League for its consecrated leadership, its zeal for the propagation of the undiluted gospel, its emphasis on family religion, and its cooperation with many churches. Especially the two features last mentioned are earmarks of a genuinely Calvinistic approach to the work of missions.

Our congratulations to the Founder, workers, and all the personnel of the W.H.B.L. and our sincere wishes for increasing fruits upon its great work. 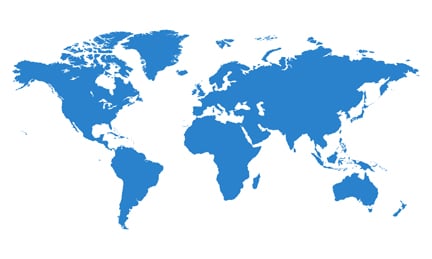