The 1997 Synod of the Christian Reformed Church adopted a new study on worship.This study, the product of a committee appointed by Synod 1994, sought to update and supplement the last CRC study on worship completed in 1968.

The study is about 50 pages long. It reflects wide reading on the current state of American culture and on contemporary worship. It is thoughtful and stimulating at several points, and is well worth reading. It seeks to be moderate, encouraging peace in the “worship wars” and seeking to avoid both the extreme of contemporary seeker services and the extreme of inflexible traditionalism. It contains a number of helpful, pastoral insights—likely to be ignored by both innovators and traditionalists.

The troubling dimension of the study is summarized in one of its principles of worship for the churches: “‘Reformed’ worship is not a unique form of Christian worship…” (Agenda for Synod 1997,p.144). The study does not mean by this statement simply that Reformed worship shares a number of elements and attitudes with other forms of Christian worship. Rather it means that there is no distinctively Reformed vision, theology or practice of worship. 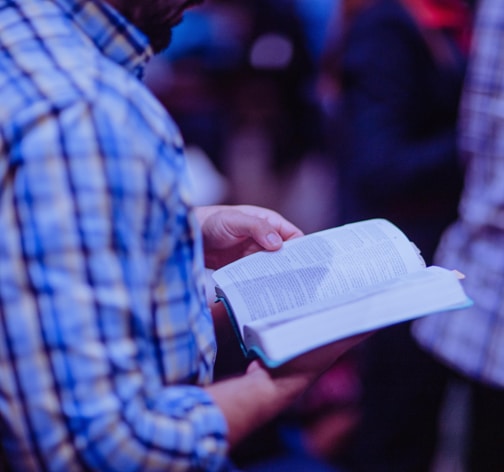 The study’s failure to perceive a Reformed approach to worship rests on its failure to think in a Reformed theological way. It affirms that “there should be integrity between what the church believes and how it worships” (p. 96). But it never specifically looks at the Bible as interpreted by the Reformed confessions to inform its view of worship. For example, the study never refers to the Second Commandment or the Heidelberg Catechism’s exposition of that commandment, even though that commandment has always been central to Reformed thought on worship.

The study looks to the Bible only for quite general principles to guide worship: the Bible is the “church’s basic orientation and authority in worship,” and gives “the raw material for making certain theological claims regarding worship” (p. 96). The Bible is no more specific for Christian worship than for any other form of Christian activity: “All conduct, including our communal acts of worship, is to be regulated by the principles of the Word of God” (p. 106). Such general statements may initially appear to be good, but their application in the report shows how dangerous they are. The clearest example of such misapplication of general statements is the study’s appeal to God’s love of variety and creativity (pp. 116, 117, 118). God certainly does love variety and creativity and the Bible makes that clear. But does that love prove that God wants artists to use their creativity to help produce worship that is “visual and sensory” (p. 121)? The study praises advent wreaths and banners; it also praises sculpture and “little wooden characters who represent all the characters of the Christmas story” (p. 121). Are we to use sculptured figures ofJesus in our worship? Is such a practice in harmony with the Bible and the Catechism? Such a question never even seems to occur to the authors of the study.

This study of worship seems to assume the basic legitimacy of almost everything that goes on in Christian Reformed churches today. The study offers no careful Biblical or theological analysis of CRC thinking or practice. Even though new worship practices have arisen since 1968—e.g., sculpture, dance, drama—these practices are given no careful, thorough examination. The study simply assumes their propriety.

In the last few years I have given a significant amount of time to studying and reflecting on aspects of historic Reformed worship. I have become more and more convinced that Reformed worship is Biblical and is what is needed in our individualistic, image-driven culture. We need worship that is simple, spiritual, focused on God through His Word and sacraments.As we depart from such worship, we move toward self-indulgence and an obsession with entertainment some of the besetting sins of our time.

In the past few years I have also given a significant amount of time to studying developments in the CRC. I have concluded that the CRC has set itself on a course to dismantle and abandon its Reformed confessional heritage. This report on worship and its rapid and easy adoption by the CRC synod is the clearest testimony that we have to demonstrate that pOint. In approving the use of images of Jesus in worship, for example, the study violates the strong language of Heidelberg Catechism, questions 96, 97 and 98. Perhaps we need to remind ourselves of that confessional commitment that all officers of the CRC are sworn to uphold:

96. What is God’s will for us in the second commandment? That we in no way make any image of God nor worship him in any other way than he has commanded in his Word.

97. May we then not make any image at all? God can not and may not be visibly portrayed in any way. Although creatures may be portrayed, yet God forbids making or having such images if one’s intention is to worship them or to serve God through them.

98. But may not images be permitted in the churches as teaching aids for the unlearned? No, we shouldn’t try to be wiser than God. He wants his people instructed by the living preaching of his Word—not by idols that cannot even talk.

Worship is certainly a “hot topic” in our time. We must not be satisfied with either incessant innovation or unthinking traditionalism. We must continue to study and learn about worship drawing on the wisdom of the confessions and of our forebears as we look into the Bible today. We must not abandon Reformed worship as the CRC has done. We must remember that theology and worship are inseparably linked. Where there is no Reformed worship there can be no Reformed theology.

Dr. Godfrey, a contributing editor of The Outlook, is president of Westminster Theological Seminary in California and professor of Church History.