The LORD, the God of their fathers, sent word to them through his messengers again and again, because he had pity on his people and on his dwelling place. But they mocked God’s messengers, despised his words and scoffed at his prophets until the wrath of the LORD was aroused against his people and there was no remedy. (II Chronicles 36:15, 16)

Matthew begins, after the birth narrative, with the coming of one last prophet and the ringing appeal of John the Baptist to repent for the kingdom of heaven is near. Repent, because God’s judgment is about to fall on an unrighteous and unfaithful Israel (Matthew 3:2, 10). This is the same Israel that God sent into exile and brought back again, but an Israel that did not learn its lesson. John tells this covenant people to repent and to produce fruit in keeping with repentance. In the way of repentance the people could experience the forgiveness of God and be restored to fellowship with him. Without repentance the judgment of God was sure to come upon the nation and its people (Luke 3:8, 9).

John the Baptist prepared the way for the public ministry of Jesus Christ, and Jesus began His ministry with the same ringing appeal for repentance: “From that time on Jesus began to preach, ‘Repent, for the kingdom of heaven is near’” (Matthew 4:17). Jesus also demanded the fruits of repentance and spelled out what He meant in the Sermon on the Mount.

Jesus concluded His public ministry with a commission to His disciples to carry on the same work that He had begun. They are not simply to proclaim the gospel; they are to make disciples. They will do that by calling sinners to repentance and to faith inJesus Christ. Repentance unto the forgiveness of sins will be preached in the name of Jesus to all the nations beginning at Jerusalem (Luke 24:47). That is what we see happening in the Book of Acts.

Peter begins his ministry on the day of Pentecost with the same ringing appeal for repentance that had characterized the ministry of John the Baptist and Jesus Himself: “Repent and be baptized, every one of you, in the name of Jesus Christ for the forgiveness of your sins. And you will receive the gift of the Holy Spirit. The promise is for you and your children and for all who are far off-for all whom the Lord our God will call” (Acts 2:38, 39).

In the place called Solomon’s Colonnade Peter addresses the men of Israel with this unambiguous demand: “Repent, then, and turn to God, so that your sins may be wiped out, that times of refreshing may come from the Lord, and that he may send the Christ, who has been appointed for you—even Jesus” (Acts 3:19).

Jesus commissioned His church to make disciples not only of the Jews but of all the nations. In fulfillment of that commission Paul goes to the Gentiles in Athens and tells them that God “commands all people everywhere to repent” (Acts 17:30). He testifies to the Ephesian elders, “I have declared to both Jews and Greeks that they must turn to God in repentance and have faith in our Lord Jesus” (Acts 20:21). Paul testifies before King Agrippa, “First to those in Damascus, then to those in Jerusalem and in all Judea, and to the Gentiles also, I preached that they should repent and turn to God and prove their repentance by their deeds” (Acts 26:20). 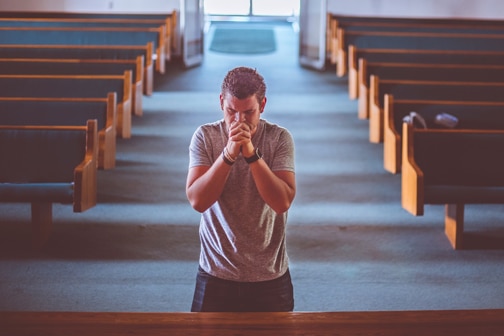 What we have in the New Testament is a consistent pattern of preaching and exhortation rooted in the ministry of the prophets of the Old Covenant. John, Jesus, Peter and Paul, they all come with a ringing demand for repentance and faith inJesus with a view to forgiveness. They demand the fruit that true repentance always brings in its wake. They carry that demand not only to God’s ancient people, theJews, but beyond that to the Gentiles, to all the nations of the world.

Surely we are to learn from all of this what the pattern for preaching today must be like. The preaching of God’s Word must exhibit Jesus Christ in all of His glory, majesty, love and compassion as the only Savior, the Son of God who gave His life to pay the penalty for sin, and who rose again to give the power of new life. Then must come the call to repentance and faith in Him. It must be a clear, unhesitating and unambiguous call that leaves no doubt in the mind of the listener exactly what it is that the Lord is asking of him. It must leave no doubt about the terrible consequences of not responding with repentance and faith.

It is precisely here, however, that we Calvinists sometimes run aground and are unable to follow the Biblical precedent. We recognize that there must be a call to repentance and faith, but it does not ring with the same urgency that we find in the New Testament because such a call seems to conflict with some basic convictions that we have as Calvinists. For example, we believe in the doctrine of predestination. That means we do not first of all choose God and then have that choice ratified by God’s choice of us. And we also believe in the doctrine of regeneration. We must be born again; but we do not give birth to ourselves. The new birth is a sovereign work of grace accomplished by the HolySpirit who works when, where and how He pleases.

Instead of telling sinners to repent and to believe in Jesus we might, for example, tell them to ask God for the gift of faith and repentance. But even that is a problem. After all, how can we expect the sinful heart of man even to ask for these gifts? He sees no need of them and does not understand what he is missing without them.

We come to the conclusion that there is really nothing we can ask the sinner to do if we are really going to be consistent five point Calvinists. At the most, we can explain the way things are, that Jesus has died to save the elect and that the Holy Spirit will eventually give the gift of faith to the elect. We do that in the hope that at some point the Holy Spirit will work in the heart of the sinner to bestow the gift of faith and repentance.

But now we see how far removed we are from the vigorous kind of gospel proclamation that we find in the inspired text of Scripture. John, Jesus, Paul and Peter did not tell their hearers to ask God for the gift of repentance; they told them — yes, they even commanded them—to repent. “The time has come,” Jesus said. “The kingdom of God is near. Repent and believe the good news!” (Mark 1:15).

Jesus and the apostles commanded sinners to repent and to ask for pardon, not because they thought sinners had the ability in and of themselves to do that very thing. Rather, they understood that the command is issued with divine authority and in the power of the Holy Spirit. The Spirit makes the Word of the gospel powerful to the conversion of sinners.

Paul writes to the Thessalonians, “Our gospel came to you not simply with words, but also with power, with the Holy Spirit and with deep conviction” (I Thessalonians 1:5).

Paul compares the power of the gospel proclaimed, to the power of God demonstrated at creation when God spoke, and the heavens and earth took shape. “For God, who said, ‘Let light shine out of darkness,’ made his light shine in our hearts to give us the light of the knowledge of the glory of God in the face of Christ” (II Corinthians 4:6).

Especially significant is James 1:18: “He chose to give us birth through the word of truth, that we might be a kind of first-fruits of all he created.” Here the apostle says that our salvation is first of all a matter of God’s choice, His sovereign electing will. Second, election results in the new birth (regeneration). The new birth is a creative work of God. But the Lord accomplishes this marvelous transformation “through the word of truth,” just as He did when the heavens and the earth were created. The difference is that human beings now speak the Word of the Lord, and they do so in the name of the Lord.

The trouble is that we Calvinists can too easily use the doctrines of sovereign grace as an excuse for not becoming directly involved in the work of evangelism, for not confronting sinners directly with the claims of Jesus, the demands of the gospel, and the promises of saving grace. Or if we do become involved, the call to repentance and faith is so hedged with doctrinal qualifications that it does not ring with New Testament clarity or power. In fact, we preach the inability of the sinner in such a way that we give him a good excuse for continuing in his sin and rebellion.

When we tell sinners to repent and to find forgiveness in Jesus, we do that, not because we are impressed with the quality of our presentation or the native ability of the sinner to respond, but because the Holy Spirit has promised to honor His word in the conversion of the lost.

Jesus has promised to build His church (Matthew 16:18). A ringing call to repentance and faith is the measure of our dependence on sovereign grace.