It is an undeniable fact that the maintenance and growth of the Church of Jesus Christ in truth and in number is, humanly speaking, in a large measure determined by the competence, sincerity, and faithfulness of the shepherds who pastor and feed the flocks with necessary spiritual food. It is also generally agreed that prospective ministers of the Gospel should have adequate training and be well acquainted with the knowledge of God’s Word and its related subjects, before they are qualified to teach others and to execute the affairs of the Church. For this reason, almost all denominations consider it an important phase of their work in the church to establish a seminary that will give a theological training and teach the specific theological position or that particular denomination or of a particular Faith, so that young men may be prepared and trained in its own institutions to fill the need of the Christian Church in general, and of that denomination in particular. It is with this in view that the present writer hereby proposes a Reformed seminary for China. 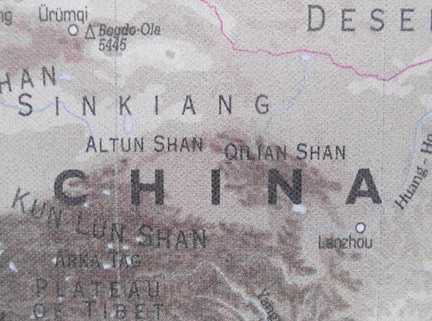 In the past many seminaries and Bible institutes have been established in various parts of China, mostly by different foreign mission boards, Among them, some belong to the liberal camp and others are largely fundamentalistic” in character. As far as my knowledge is concerned there has not been even one regular seminary in China which is distinctly and consistently Reformed. By regular it is meant that a seminary requires a college degree as a prerequisite to its admission and is authorized and qualified to grant the degree of Bachelor of Divinity or its equivalent. However, some of the seminaries referred to also admit high school graduates for the Bachelor of Theology degree obtained in four or five years of study. By Reformed I mean a seminary in which members of the faculty not only formally subscribe to a Reformed confession or confessions, but truly and sincerely hold to the Reformed Faith and teach it in classrooms and elsewhere.

A seminary which merely bears the name “Reformed” or “Presbyterian” is no more a truly Reformed seminary than a person who only has his name in the membership book of a Reformed church is a Reformed Christian. Consequently, most native ministers of the Gospel in China have not had the necessary training for the specific task. Some do not even have any theological training at all. Usually, however, they have had their education in a seminary, which is, with few exceptions, the equivalent of a Bible institute in this country, or in a Bible institute, which generally admits both senior and junior high school graduates. As a result, the understanding and therefore the interpretation of the Bible has to be largely, or in some instances solely, acquired through one’s own study and meditation. This inevitably leads to an unbalanced and inconsistent theological interpretation of the Scripture with many personal “experiences” inserted into it. The importance of doctrines and theological system is minimized and even discarded, except for a few central doctrines such as the Trinity, the Deity of Christ, etc., which are held in common by conservative Christians.

On the other hand, the Modernistic missionaries have made their headway in establishing religious and educational institutions (or the propagation of their naturalistic theology among the Chinese people, and by their subtle intellectual appeal and under their banner of “Universal Brotherhood of Man” led quite a few people to the other gospel of justification by works. The only two seminaries in China which strictly require college degree for admission are liberal in theology (Nanking Theological Seminary and the School of Religion of Yenching University). Furthermore, these missionaries or their mission boards have in previous years sent a number of Chinese Christians to this country for theological training—in such institutions as Union Seminary in New York, the Divinity Schools of Harvard and Yale Universities. In fact, most of the liberal leaders in the church of China today have received their higher education in this country. And they form a formidable force in China’s church today.

In order to combat modern liberalism on the one band, and the extreme fundamentalistic anti-intellectual ism on the other, the establishing of a Reformed Seminary in China is not only desirable, but imperative. Dr. Abraham Kuyper has rightly said in his book on Calvinism that “if the battle is to be fought with honor and with a hope of victory, then principle must be arrayed against principle; then it must be felt that in Modernism the vast energy of an all-embracing life-system. assails us; then also it must be understood that we have to take our stand in a life-system of equally comprehensive and far-reaching power” (p. 11).

The Need for Sound Training

It is true that the Scripture itself is sufficient and able to defend its own authority against waves and storms of destructive criticisms and false teachings, yet we should also bear in mind the fact that in many instances the liberals also make their appeal to the Bible, especially to certain portions of the gospel records. Hence, a preacher must sharpen his mind and be able to discern truth from error by preparing himself in an orthodox and well-qualified theological institution which can offer him in a systematic way orthodox theology as well as the truly Biblical interpretations and applications for his future task in teaching and administering the work of the Church.

The sad fact is that it seems to be the deliberate policy of the conservative foreign missionaries and of the mission boards in general not to encourage, but in some instances to discourage, the training of native leadership to the same level or above the educational background of the missionaries themselves, in theological and administrative fields for the Chinese Christian Church. This was especially true before World War II. It is evident that so few Chinese Christian ministers in the conservative circles have received a complete theological training either in this country or in Europe, with some help from the mission boards or theological institutions. (I am not insinuating that a Chinese preacher must have had his theological training in Europe or in America, if he is to be counted as having been adequately trained in theology on a regular seminary level, but so far as the present situation of theological institutions in China is concerned, it is necessary to acquire a regular seminary training of the historical Christian Faith abroad).

Many missionaries had, and still have, the tendency of sending forth the Gospel to only one locality, aiming to evangelize only one town. They spend all their energy, zeal and money to develop a sort of “Christian center” in that particular town and devote their lives permanently in that place to teaching, preaching and exercising the administrative affairs of the mission church and other types of mission institutions. This naturally creates a mutual distrust and half-hearted cooperation between the missionary and the native Christians. But more than that, when the missionary is forced to leave his post on account of political or social circumstances he discovers that it is very difficult to find a native leader who would be competent theologically as well as administratively to take over the church work which the missionary has been carrying on, with the result that the work of the church is in danger of being interrupted.

The Biblical Principle of Missions

The Biblical principle of missionary activity is, we believe, that the missionary should go forth and preach the Gospel to all the world, as far as possible; he is not to confine himself to one city or town, so to neglect the salvation o[ souls beyond that city; but rather he is to evangelize the community, to educate and train the native preachers and teachers of the Word, and then transfer the duties and responsibilities to the native leaders and Christian laymen, and move on to another place to preaching the glad tidings.

Furthermore, a mission field should not always remain to be a mission field but it should, through the work and assistance of the missionaries, develop to become a Christian community where native churches are organized. These churches, if healthily developed and cultivated, ought in turn to become independent, self-propagating, self-supporting, and self-governing churches, full and complete indigenous churches. The purpose of missions is to bring the Gospel to those people who have never heard of the glad tidings, to expand the Church of Jesus Christ, and ultimately to glorify God. The “mother-church” should, therefore, by all means help the native Christians establish their own churches, and rejoice with them when this objective is realized.

It is with these considerations in mind that Mr. Paul Szto, missionary of the Third Christian Reformed Church at Paterson, N.J., for the Chinese students in New York City, and this present writer, having had the privilege and opportunity, by the grace of God, of securing our theological training at “Westminster Seminary, began to feel the need and the burden of establishing” a Reformed Seminary in China, once the door is again opened in that land, or, if possible, in Formosa first. Thus we may teach and train future ministers of the Gospel who do not have the opportunity to study in another country but are anxious to receive a thorough and Biblical training in a regular and standard seminary in their own country. These young men who have consecrated their lives for the Master’s use for his Kingdom may come and share with us the knowledge, the fellowship, and most of all, the blessing in the deeper understanding of God’s Word as it is interpreted by the Reformed system of theology.

Why a “Reformed” Seminary?

Two questions may be asked: Why should we want to start a specifIcally Reformed seminary? Why can’t we just seek to establish a general fundamentalistic seminary? These questions have already been partly answered in the statement we have quoted from Dr. Kuyper, namely, principle must be arrayed against principle. And this principle, if it is to be an all-embracing life-system, is to be found in Calvinism. A general fundamentalistic seminary will not be adequate for the purpose. Various divergent and even opposing views will then be held and taught, with the unavoidable result of creating controversies within the faculty itself.

Furthermore, as those who believe that Calvinism is the purest and most consistent presentation of the truth of the Bible, we cannot but aim to establish a theological institution in which the most consistent and comprehensive theology will be taught.

We fully realize the meagerness of our small effort and that there will be many obstacles in our way in bringing this goal into actuality; nevertheless, we are convinced of the necessity and urgency of such an institution and trust that, in God’s good providence, with the help of those Christians who are also interested in and concerned with this project of establishing a Reformed Seminary in China, this goal will be reached.

In my next article we hope to set forth the general structure of this Reformed Seminary in a more concrete way and then consider some of the practical problems connected with it.