Yet each of these denominations has weaknesses. Perhaps the clearest weakness is the failure to express the unity of confessional Reformed Christianity. If these churches hold to the Reformed confessions, why are they not united? When members of these groups gather informally, there is often a great sense of connection and appreciation for one another. But too often these denominations allow their individual histories (and suspicions) to block a visible expression of unity. 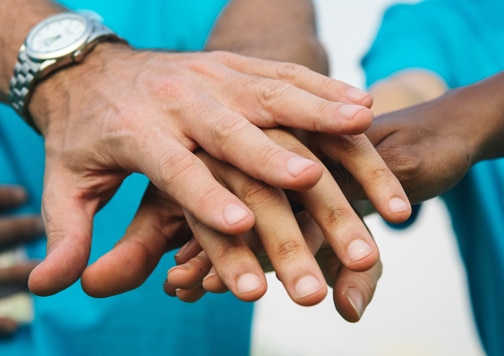 The failure to manifest unity greatly weakens the credibility of the Reformed cause. Our opponents too easily can claim that conservative Reformed Christianity is hopelessly divisive and expends its energy on theological warfare rather than on making Christ known. That charge misses the real hostility of our culture (and many churches) to Reformed Christianity, but still has an element of truth to it.

What can be done? One solution would be to continue having inter-church relations! committees talk to one another and seek organic union after working through all differences and suspicions. Another would be to widen participation in the National Association of Presbyterian and Reformed Churches (NAPARC) and use that organization as the visible expression of our unity.

Is there another option? It may only be a Reformed dream, but I believe that there is. Our confessional Reformed denominations should consider a bold move to express their unity and increase the credibility of their witness. Let all of these denominations (or as many as are willing) join together under one general assembly (or general, national synod) with each former denomination becoming a particular synod under that general assembly.

This simple (and modest!) proposal would: obviously have to be worked out in terms of specifics, but let me suggest some of the elements of the idea that would help it work. The general assembly would adopt the Westminster Standards and the Three Forms of Unity as its confessional basis. It would I meet every three years and have very specific, limited powers. It would have the authority to make decisions in relation to joint actions of the synods. The general assembly I would be composed of delegations from all the synods according to the size of each synod (in fairness to the larger synods), but the decisions of the assembly would have to be ratified by a majority of the synods (in fairness to the smaller synods). The assembly would, have the authority to remove a synod that was judged to have departed from the Reformed faith, but would not have the authority to interfere with the internal operations of a synod. The assembly would encourage greater cooperation and coordination among the synods, and over time some synods would probably merge, but each synod would be free to make those decisions on its own.

Each synod would initially continue to function exactly as it does now as a denomination. All current practices, teachings and ministries would continue as they are. Over time synods could investigate avenues of cooperation and even merger with other synods, but that would be entirely up to each synod. For example, the Reformed Presbyterians, if they became a synod under the new general assembly, would be able to preserve their doctrine and practice of exclusive Psalm-singing without musical instruments with no possibility that the I general assembly could ever interfere with that position.

Is such an idea an impossible dream? Not if we Reformed Christians are as bold and courageous in pursuing the unity of the church as we have been in pursuing the purity of the church. The idea is basically very simple and requires no local changes for any of the denominations. It does require confidence in the brethren and a willingness to accept some teachings and practices different from our own. It would force all of us to ask with new focus: what does it mean to be Reformed and what must others believe and do for us to recognize them as adequately Reformed?

The potential advantages are tremendous. We could have a confessionally Reformed denomination of a size that would increase its witness and resources dramatically in North America. It would express the fundamentally positive character of Reformed Christianity. Most importantly it would show our fidelity to the Bible’s call for unity and manifest our desire to testify clearly to Christ’s gospel of grace.

Will one or two denominations lead the way to turn this dream into a reality? Dreamers awake! There is work to do!

Dr. Godfrey, a contributing editor of The Outlook, is president of Westminster Theological Seminary in California and professor of Church History.