If you’re like me, you hear the word “ecumenicity” and you think, “World Council of Churches” or some such “ecumenical” organization. (“Ecumenicity” comes from the Greek word “oikoumene,” meaning “inhabited world.” It refers to the idea that the church of the Lord spans the globe, and ought to express its oneness.) In this article and a subsequent one, I enter upon a risky course. I want to dispel the notion prevalent among confessional conservatives that all ecumenicity is driven by a liberal agenda, and to challenge you to think about ecumenicity in a different light. Let me lay my cards on the table face up: in this article, I want to convince you that a proper view of ecumenicity is not only Biblically desirable, but is Biblically commanded. In the next, I want to explore with you ways in which you can be ecumenical in your local church and her dealings with other believers and churches in your community.

UNITY IN THE WORD

One of the reasons so many conservatives have been uneasy about the “ecumenical movement” is their sense that the movement makes short shrift of the Word of God, demonstrating a seeming willingness to compromise doctrines at the drop of a hat.

That isn’t the way the Bible speaks of the ecumenical mandate. Listen to the words of John 17, revealing Jesus’ high-priestly prayer. In them, you must notice that the unity of the apostolic church is based on the fact that it is founded upon the Word of Christ: “For I gave them the words you gave me and they accepted them” (v.8).

Again, notice the words of v. 14: “I have given them your word and the world has hated them, for they are not of the world any more than I am of the world.” Here Jesus reveals in His prayer another dimension of the unity of the church: in the lives of His disciples ( and subsequently, throughout history) the church suffers opposition together because it stands firm in His Word.

Again, notice the words of v. 17: “Sanctify them by the truth; your word is truth.” Here Jesus makes clear that the pulse-beat of the church’s holiness depends upon the Word of God. Yet another dimension of the unity of the church depends upon that common pursuit and demonstration of holiness.

Finally, notice the unity of purpose and mandate that is revealed in the words of v. 20–21. Jesus prays not only for His disciples (the eleven), but “for those who will believe in me through their message (the apostolic preaching and inscripturated Word of the New Testament!!), that all of them may be one, Father, just as you are in me and I am in you.” You must notice that carefully: Jesus prays for the unity of the believing community in no uncertain terms! He wants those who believe according to the apostolic witness to be united in Him.

Make no mistake about it: the Bible is of the essence of the life of the church, providing the foundation for her existence, the strength to face her enemy, the power to shape her holiness, and the common foundation to establish her unity. The point? There is no room for discussion of the ecumenicity that ignores this truth. If we are not united in our common commitment to the truthfulness of God’s Word, our “unity” is artificial. 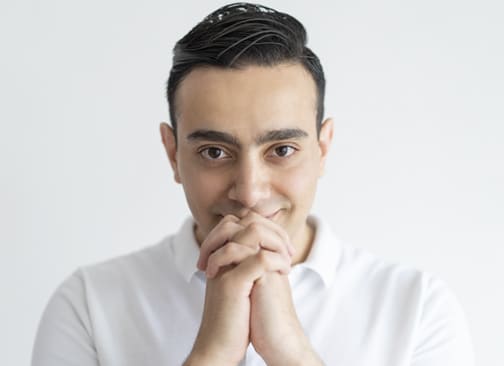 UNITY FOR THE CAUSE OF EVANGELISM!

If the Word (the “evangel”) is central to the life of the church, it is most certainly the heart of her mandate. She is called to preach and teach the evangel—the good news—, to make disciples of the nations based upon it. In short, to “do the work of evangelism” (to paraphrase 2 Tim. 4:5).

And here’s a key reason for us to be Biblically ecumenical: evangelism is affected directly by our unity in the faith! Listen to Jesus’ words in John 17:21,23: “May they (the apostolic church) also be in us so that the world may believe that you have sent me…May they be brought to complete unity to let the world know that you sent me and have loved them even as you have loved me.”

No surprise, if you think about it. Why should the world listen to the message of a church that can’t seem to get her act together? Too often the church acts like a football game: 60,000 people on the sidelines watching 22 guys beat each other up. Entertaining? Perhaps. But certainly not the best way to communicate the power of the gospel of grace. No, our united walk, based on common commitment to the truth of the Word, is critical for the integrity of the message of Christ. Remember Jesus’ words in John 13:35: “By this all men will know that you are my disciples, if you love one another.”

And this has never been more urgent than in our individualistic age in which religion is marketed like cereals. “Pick your brand; they’re all about the same!” Add to this the struggles of the church in this time of ecclesiastical uncertainty, when denominationalism is seemingly on the wane, and more and more independent churches appear on the horizon every day, and you can sense more acutely the timeliness and importance of common Biblical identity and a common Biblical purpose and mandate.

THE NEED OF THE DAY: GRACE

What is it going to take to put this ecumenical mandate into practice? In a word: grace. By that I mean we’re going to need to learn how to be more gracious with each other, not always picking at the differences until we open the wounds more, but showing the grace that our Lord shows us. After all, in this sinful world, our understanding of the Word is limited by our own weakness. We see as through a glass darkly. Though we are to take our faith and confession seriously (after all, our forefathers often died for it!), there is no room for spiritual arrogance, and no call to be graceless. We hold to our faith humbly, always ready to stand corrected by the Word of the Lord.

For example, consider how many conservative Reformed people agree on the Biblical teaching that opposes women’s ordination to church office but also disagree on the application of that teaching. I spoke recently with a representative of a consistory that denies the vote at congregational meetings to women. Another told me that their consistory restricts women’s teaching in Sunday School to children under 12, lest they compromise the principle of women teaching men. On the other hand, some churches understand the relevant texts to prohibit exclusively the usurping of the teaching/preaching office, and so have no qualms about women serving in a wide range of non-office bearing capacities, as for example, chairing committees or teaching in areas of expertise.

Or consider our Reformed Baptist brothers and sisters. Strong Calvinists who look back to the great Spurgeon for inspiration, and who articulate their faith in creeds like the London Baptist Confession of Faith of 1689, they are strongly opposed to infant baptism. A recent conversation with one such brother opened my eyes to the fact that they are not non-covenantal, as I had assumed. In fact, he articulated a very dynamic view of the covenant which he believes demands believers—only baptism! While I disagree with him on the practice of baptism, I grew in appreciation for the broad dimensions of our unity in the faith and our common pursuit of Biblical truth.

Can we stand together with believers that represent such differences as these? Of course we can, And we must! The effectiveness of our witness is at stake, And it is the prayer and the will of our Lord! I laud such efforts as the studies and conferences being held in our times seeking to consolidate the unity of the Reformed faith as expressed in the various Reformation creeds, I only hope we can learn from these formal expressions of Biblical ecumenicity, and apply the same spirit to the life and work of the local churches.

That’s my topic for next month.

Dr. Sittema, a contributing editor of this periodical and author of a new book, The Shepherd’s Heart, is pastor of the Bethel CRC in Dallas, TX.