This is the first of a series of three articles that deal with a very important theory of education. The second and third articles will appear in the February and March issues respectively. Ed.

It is now thought possible that one can teach objectively and still be loyal to his religious allegiances and ideals. Upon the proper basis “one can interpret history or public affairs or the sciences or religious ideas without becoming partisan and without denying one’s own allegiances or goals”. So claims Emerson W. Shideler, associate professor of philosophy at the University of Iowa, in a recent issue of The Christian Century. He thinks that Protestants need to declare their “theology” of education and finds the only adequate theory of education to be “education as training in decision making.”*

It should be apparent that if Professor Shideler is right in claiming to have found a theory of education that permits both for objective teaching of all subjects—even of religion -and for full loyalty to one’s allegiances and ideals, then the Christian School movement is quite unnecessary and even wrong. Since Shideler here makes a momentous claim, we shall do well to listen to what he has to say and to consider carefully whether or not he can substantiate his claim. In so doing we shall also find opportunity to place our own educational theory in the scales. If ours is found wanting, the sooner we know it the better. Let us first listen to what Professor Shideler has to say. 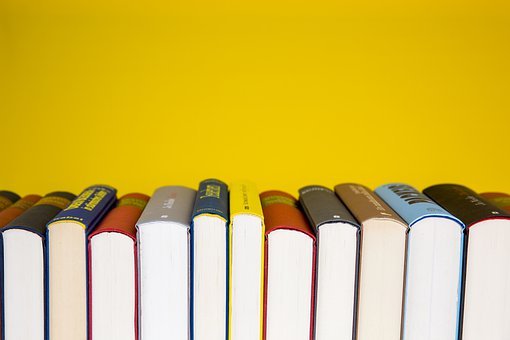 The proponents of the informational theory “understand that the job of the educational process is the transmission of information from teacher to learner. The teacher’s obligation is satisfied when the pupil has acquired the specific data, and his function as teacher is restricted to the successful transmission of those data. Most academic subjects are presumed to be taught from this point of view, and education is presumed to consist in possessing information.

“To teach religion from the informational point of view means teaching about religion: conveying, from a neutral position, information about the history of religions, and descriptions of their dogmas, practices, and organizations, without committing either student or teacher to any belief.”

This theory of education, Shideler claims, makes man merely an observer and a collector of facts from the world around him that reveals its independent character to him through observation. These facts form the nature of man, and his function is to be the passive recorder and communicator of them. If there is a God at all, he is just another fact to be observed and communicated.

This theory of education, in Shideler’s view, conceives of truth as being merely so many facts which one receives and hopefully passes on unchanged. There is no contribution that the observer and communicator makes to the facts; at least the ideal is to leave the facts untouched.

Against this informational theory Shideler directs two objections. In the first place, it fails to take into account that there is no agreement as to what the facts are. He means that facts are never, by themselves, unaffected by the person who relates them.

Consciousness itself is the awareness of meaning. The only facts that can be observed and communicated are those which are interpreted by the observer and the communicator. By themselves aU facts are mute. They “speak” only through the voice of man. In the second place, this theory fails to recognize that all teaching is necessarily selective and represents a particular point of view. In short, then, the informational theory with its ideal of neutral observation and the impartial transmission of facts is impossible because both in the selection of the facts to be taught and in the presentation of these facts a very sizable piece of the teacher is injected. Shideler does us a service by pointing this out.

The indoctrination theory of education. Shideler continues, conceives of education as the process of trying to persuade the pupil to accept as his own the conclusions of the teacher or the community. If one accepts this as the purpose of education, then the whole matter of teaching religion (which then becomes an indoctrination of the teacher’s ideas) places one in a dilemma. The teaching of religion in the public schools will mean one of two things. One will either agree to ban all religious education from the schools and thereby deny the authenticity of his own religious claims or he will “agree that all teaching activities are on a par with religion, which means that nothing can be taught outside the context of some doctrinaire position.” If he is concerned about religion, he will have to champion parochial schools.

This indoctrination view of education regards man as a mere automaton, a puppet who must pass on the truth of God without contamination. It conceives of truth as external and inexorable before which man loses his freedom and no longer acts as a responsive and responsible object of God’s love.

Shideler says; “It is therefore wrong to indoctrinate, not because one disagrees with the conclusions being indoctrinated, and not because one fears the success of such indoctrination, but because of the false view of man and of truth that such indoctrination presupposes and propagates. The teacher in such a system claims that his knowledge stands outside the life of man and is untouched by human fallibility. No Protestant claims—or should claim—transhuman stature for his own church or his knowledge of religious (or any other) truth, and he denies—or should deny—that any other church possesses such stature. Similarly, the teacher who indoctrinates implicitly assumes that his pupils must be protected from the dangers of being human, that they must be protected from the risks of faith by providing them with a ‘certainty of knowledge’ that would guard them from making errors or holding wrong ideas.”

THE TRAINING IN MAKING DECISIONS THEORY

The way out of the dilemma of either banning all religious instruction from the public schools or establishing separate schools, Professor Shideler claims, lies in the theory that education is neither the giving of information nor the inculcation of doctrine, but conscious training in making decisions.” According to this position, education is training in how to think, rather than in what to think; it is a confrontation, a dialogue between ways of assessing evidence and supporting conclusions. It implies that the teacher’s primary job is that of making clear the bases upon which he weighs the facts, the methods by which he separates facts from fancies, and the ways in which he discovers and selects his ultimate norms….The dialogue that constitutes the teaching-learning interaction, in religion as elsewhere, becomes a debate over alternate ways of thinking and evaluating. Upon this basis one can interpret history or public affairs or the sciences or religious ideas without becoming partisan and without denying one’s own allegiance or goals.”

According to this theory of education, the task of the teacher is to expose his commitments as clearly as he can, leaving the student free to make his own commitments. To the extent that the student learns well, he will clearly recognize his commitments for what they are, will learn to discover inconsistencies in them and will become able to apply the criteria of his commitments to the problems he faces.

“Teaching as dialogue makes clear the principle that in all areas the facts and their meanings finally rest upon some criterion of selection and interpretation that is itself the product of a believing commitment to something, whether logic, practical experience, tradition, community patterns or whatever. Thus full recognition is given to man’s inescapable involvement in the process of determining or identifying the truth, and the effect of his free but sinful and limited nature upon his results is identified.”

In following this procedure the teacher does full justice to the freedom of the student to make his own choice. The student’s freedom either to respond to God or to reject him is protected. He is accepted more as a partner in the dialogue than a recipient of information.

According to this theory, truth is not something final and absolute in creedal or propositional form. “It is not a specific body of content at all. Instead, truth is the living relationship in which man confronts his existence in God. In Christian terms, truth is the life in Christ that one shares in dialogue with God, not a set of formulas or a recital of facts about him.” God reveals himself, not propositions about himself. In this dialogue man discovers that what he needs is Dot knowledge but forgiveness.

The Protestant is required to accept this understanding of the truth, for if he claims to possess the whole and final truth, he has made himself an idol, has denied both his creatureliness and his sin.

“The Protestant is not thereby committed to the notion that there is no ultimate truth. Instead he reaffirms the stand out of which Protestantism began; that in the response of faith, no present statement of the truth is final enough to be exempt from question. No man yet knows God or his truth fully. Hence to refuse participation in the forum of ideas is to claim that God’s work is finished and that he is no longer active in the world. This is to deny the very roots of Protestantism, and indeed of Christianity.”

Shideler has given us a suggestive and provocative presentation. Inasmuch as it takes into the educational scope the role of man, the nature of truth, and the place of Cod in education it requires our careful attention. Inasmuch as it claims to have found a way out of the dilemma of teaching religion in the public schools, it lays down a challenge which we cannot ignore. Our response to this challenge will require careful study and evaluation.

*The Christian Century, September 27, 1961, “A Protestant Doctrine of Education.”