In the final Democratic debate before the Super Tuesday election, Vice President Al Gore responded to a question about the type of Supreme Court justices he as president would select: “I would look for justices of the Supreme Court who understand that our Constitution is a living and breathing document, that it was intended by our Founders to be interpreted in the light of the constantly evolving experience of the American people.”

Gore went on to note that while the supposed right to an abortion is not in the Constitution, the late Justice Harry Blackmun read that right into it. Gore said that the Constitution must evolve because when it was written Thomas Jefferson owned slaves and women couldn’t vote.

Gore’s view of the Constitution, shared by most political liberals, is of the most dangerous philosophies of our time. It establishes a class of philosopherkings who determine the rights of the people, and it shreds the Constitution as a document that conforms people to unchanging principles that promote their own and the general welfare.

A “living” Constitution, notes constitutional attorney John Whitehead, means the Constitution is “up for grabs,” and it becomes whatever the justices decided, not the people through their elected representatives. 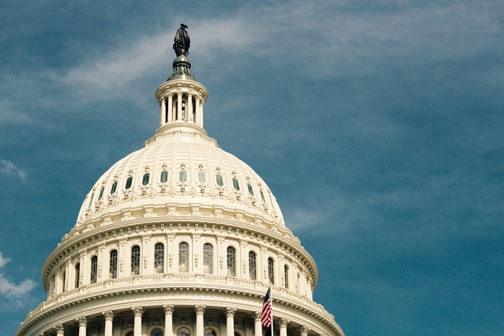 The proper way to resolve inequities such as slavery or women’s suffrage is the way these issues were ultimately, resolved—through the amendment process. We wouldn’t need a Constitution at all if unelected, elitist judges could decide everything. The Founders intended that the amendment process would cool the hotheads who want to inflame public opinion to do certain things that may not ultimately be in the public’s best interest. The philosopher-kings believe they are best equipped to decide which laws are good and which are not. Knowing that a majority of the people probably would not follow the social engineers into their idea of social and political nirvana, liberals want the judicial class to define everyone’s rights.

In the coming election voters must decide whether they wish to remain under the authority of a constitutional republic or a dictatorial oligarchy run by unelected people in black robes.

In his 1989 book, The Tempting of America: The Political Seduction of the Law, Judge Robert Bork observed where the “living Constitution” concept has led: “The abandonment of original understanding in modem times means the transportation into the Constitution of the principles of a liberal culture that cannot achieve those results democratically.” While this might make liberals temporarily happy, would they be as content to see a conservative court majority causing harm to the Constitution from the right by reading their own biases into the document?

Bork wrote that there are only two sides in the war for control of the law: “Either the Constitution and statutes are law, which means that their principles are known and control judges, or they are malleable texts that judges may rewrite to see that particular groups or political causes win.” Vice-President Gore clearly prefers a legislating judiciary. Gov. George W. Bush says he would name judges who respect and uphold the Constitution as written.

Judge Bork outlined the fundamental reason for having laws in the first place: “When we speak of law, we ordinarily refer to a rule that we have no right to change except through prescribed procedures. That statement assumes that the rule has a meaning independent of our own desires.”

In the debate, Gore advocated designer law which, like fashion, would gratify the changing whims of a population. But this was not the Founders’ view of the law. They made the law difficult to change precisely because they intended to preserve, protect and defend the people from corrupt leadership. Respect for the Constitution kept Franklin Roosevelt from packing the Supreme Court with additional faithful to the Constitution. Gore should not be allowed to pack the court with his ideological soulmates who would wreck the Constitution and the law’s presumed neutrality. That would make the court merely spoils of political war to be enjoyed by the party and president that win an election.