In fiction, James Bond was given a license to kill by the British government. In reality, the Dutch government, which should know better because of its experience with the occupying Nazis, recently gave physicians their own license to kill. The Dutch parliament, in a 91–45 vote, set supposedly strict conditions under which doctors may now literally kill their patients, but an important line has been crossed for medicine and patients that will not be easily redrawn. 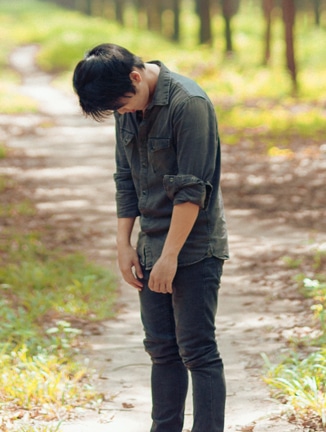 The Hippocratic Oath, written more than 2,000 years ago in response to a revulsion against the utilitarian motives behind abortion, infanticide and euthanasia in ancient Greece, established for the first time “a complete separation between killing and curing,” in the words of the late anthropologist Margaret Mead. The oath, which was pagan in origin, would later be infused with ethical and moral principles contained in the Old and New Testaments.

Now that those principles are no longer regarded by many people as relevant for a modern age, we are regressing to that pre-Hippocrates time in which technique, skill and outcome, rather than intrinsic value, are to guide physicians as they determine who should live and who should die.

As Nigel M. deS. Cameron writes in his book, The New Medicine: “The real question is this: Is medicine essentially a matter of medical technique? Or is it, rather, a matter of values, of moral commitments in the exercise of clinical skills?” These are important questions with profound implications for the United States as the Clinton Administration begins to overhaul American health care.

The Dutch passed their new euthanasia law precisely because, as Cameron warns: “The medical profession has simply forgotten to reflect on the nature of the medical enterprise. It has no single governing concept of what it is doing. A fatal combination of technological advance and ethical flux has led to the progressive disintegration of the idea of medicine.” Indeed, most education in medical schools today takes only a cursory interest in “bioethics.”

If there is no Author of life, if there is no reason for curing (i.e., that man is a unique creation endowed with rights which he receives from a higher source than from the state), then much of medicine is worthless sentimentality, and we could save lots of money which the healthy could spend, by denying all but the “fit,” access to medical care.

It this has a familiar ring to it, it should. This was precisely the view taken by German doctors who entered into an unholy alliance with Hitler. That experience shows those who will learn from it, as the Dutch clearly have not, that once doctors engage in killing to satisfy a state objective (i.e., cost containment, budget balancing), there will be no limits placed on the use of their “skills.” Then, as Dr. Karel Gunning, former president of the League of Dutch Physicians, noted, an irreversible slide begins: “Our society is moving very quickly from birth control to death control.”

Those who warned of such a progression in the United States when abortion was made legal in 1973 were dismissed as alarmists. That was nearly 30 million dead babies ago. Now we are busy tearing down what barriers remain to infanticide and euthanasia. As with abortion, the hard cases will be used to justify euthanasia, which could then be as accepted by many as abortion is, especially if it is sold as a benefit to the younger, healthier and more “useful” overburdened taxpayer. Jack “the dripper” (as Rush Limbaugh calls him) Kevorkian, is doing his part to accelerate euthanasia in America.

Shame on the Dutch people for allowing euthanasia to be practiced again in their midst. Are there no history books in The Hague? Parliamentarians should have read Benno Muller-Hill’s book, Murderous Science, in which the professor of genetics at the University of Cologne focuses on the transformation of medicine before and during the war years.

In the spring of 1937, writes Muller-Hill, a decision is made that requires “all German coloured (CQ) children to be sterilized.” Hitler later backdates his letter introducing “euthanasia” to September 1, 1939, to coincide with the assault on Poland that begins World War II. The letter states: “Reichsleiter Buhler and Dr. Brandt are entrusted with the responsibility of extending the rights of specially designated physicians, such that patients who are judged incurable after the most thorough review of their condition which is possible, can be granted mercy killing.”

There were, of course, no “thorough reviews,” and people were exterminated when they failed to meet Hitler’s standard for the master race. There is no moral difference between what Hitler did then and what the Dutch Parliament did recently. The empowerment of Dutch physicians with the right to kill is a dangerous precedent which the Dutch people will regret.