This is the second morning devotional Pastor Buys delivered at the World Reformed Fellowship Conference.

To them God has chosen to make known among the Gentiles the glorious riches of this mystery, which is Christ in you, the hope of glory. Colossians 1:27

This is one of the most amazing statements of the New Testament. It is really the highest peak of the Christian doctrine of salvation. Paul says this mystery contains the riches of the glory of God. Literally the text says an overflowing wealth of the glory is revealed when this secret is laid open.

What is this overflowing wealth of glory that he is going to unveil? This: that the eternal, almighty great and awesome God has come so dose to His children that He is living in you. To be a real Christian does not only mean to believe in Christ with your mind, but to believe that Christ is in you! Can you think of anything greater and more glorious?

When the devil attacks you, and comes to you to depress you, when you are weary and tired, and when you are persecuted and everyone seems to be against you, and you begin to wonder whether there is much point in being a Christian, this is the answer. Think again: Who is residing within you; just remember who has made His home in you. It is the real secret of assurance and joy of the Christian life, of being “more than conquerors,” and of being such kind of people that God can use us to attract others to Himself through us.

If you grasp this marvelous truth and regularly meditate on it, it will give you comfort and strength. It has got such all encompassing implications that it effects every aspect of your life.

That Christ lives in us is of such crudal importance that Paul says to the Galatians that it is the whole goal of his ministry: My dear children, for whom I am again in the pains of childbirth until Christ is formed in you (Galatians 4:19).

Let us consider this great Reformed truth of the indwelling Christ:

That Christ lives in us is a mystery that has been concealed for ages.

As we naturally are, Christ cannot live in us. When our first forefather Adam fell in sin in paradise, sin and death came to live in all human beings born out of him. As long as there is no living relationship of true faith between a person and Christ, sin lives in that person (Romans 7:17). Sin is like an evil person, like a vandal who destroys a house when he moves into it. Total degeneration of body, soul and spirit became part of man since the fall in paradise. When we look to the world around us and we observe the sexual immorality, the whole pandemic of AIDS (and millions are dying in Africa), the hatred of tribalism and racism that causes discrimination and devastation, we see the horrible results of indwelling sin.

But God still loved His property in this broken dying world. For that reason His eternal plan of salvation has been put in place. In Old Testament times He chose to come and live with the people of Israel. God proved His presence in the midst of His people by living in the tabernacle and later in the temple.

But in the Old Testament this was not true of the Gentile nations. God did not live in their midst.

But now, Christ has been sacrificed on the cross. The blood of all the sacrifices in the Old Testament only foreshadowed the blood of Christ. That is why Paul says here in Colossians 1:20 that Christ reconciled us to Himself by making peace through His blood, shed on the cross.

The result of this final sacrifice and reconciliation to God is that Christ now, after Pentecost, lives through His Holy Spirit in every Christian from every tribe and tongue and nation.

Jesus Himself said in John 14:20 of the day of Pentecost: On that day you will realize that I am in my Father, and you are in me, and I am in you.

Since Pentecost God does not live in buildings of bricks and mortar. No, He now lives in people from every tribe and tongue and nation who have embraced Jesus Christ as Savior and Lord.

That is why Paul says that God has chosen to make known among the Gentiles the glorious riches of this mystery.

Inspiration for a New Lifestyle

When Christ comes into the life of a person to live in his heart, it is like an old run-down home that has received a new occupant who starts to renovate the house and repair it completely. It is always amazing to see how Christ renovates people; how He transforms ugly self-centered characters into pleasant self-sacrificing people; how He restores broken marriages and heals shattered lives.

In a sermon on this same text Charles Spurgeon said: Christ in you means power in you. A strong man armed keeps his house till a stronger than he comes, and when the stronger enters, the first tenant is ejected by the power of the newcomer, and kept out by the same means. We were without strength till Christ came, and now we war with principalities and powers, and win the victory.

Christ in us is provides the real stamina to live godly lifestyles. That is the reason that Paul reminds us that our bodies have become temples of the Holy Spirit when he explains the holy lives Christians should live:

Flee from sexual immorality. All other sins a man commits are outside his body, but he who sins sexually sins against his own body. Do you not know that your body is a temple of the Holy Spirit, who is in you, whom you have received from God? You are not your own; you were bought at a price. Therefore honor God with your body (1 Corinthians 6:18–20).

Oh, if we remembered that the living Christ with all His glory is living in our bodies, we would be so careful what we do and what we don’t do with our bodies. Every time I give in to sinful desires, I sin against Christ . Himself who is living in me.

That is why the whole church is also called the Body of Christ. For Paul “the body of Christ” is not just a metaphor or helpful word picture, but it points to the reality that Jesus dwells among His people and gives His life to them. This means that the church becomes nothing less than life-pulsating people who are animated by the indwelling presence of Jesus Christ.

Only when we believe that Christ lives in each Christian can we begin to understand phrases like Ephesians 1:23 where it is said that God appointed Christ to be head over everything for the church, which is His body, the fullness of Him who fills everything in every way.

In many other religions people believe that God is very far away from them, and they have to approach other mediators first to intercede for them. In Africa, those who are not Christians are regularly involved in rituals where they worship their ancestral spirits to bless them and to bring good fortune to them and their families. But our message to them may now be: God has come so close to you that He wants to live in your heart. When you believe in Him He really lives in you. 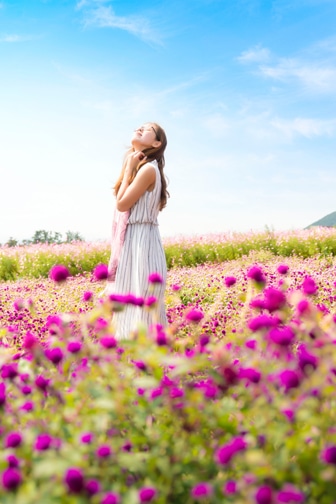 The fact that Christ lives in every Christian and that every Christian is a member of His body, means that we as Christians become His multiplied hands, His feet, His voice and compassionate heart.

In the church we should all be ministers of Christ to one another and to the world outside. When the leaders of the Protestant Reformation discovered this truth afresh, Martin Luther said that the whole congregation should be priests.

When we realize that Christ is living in our brothers and sisters in the church, we will also be very careful how we handle each other, especially in times of conflicts and differences.

Let me use an illustration to highlight this point: A certain man once saved up money for years to buy a very expensive and costly Chinese vase for his wife. They were very proud of it and placed it on a significant spot on a shelf in their living room. One day another friend who did not know it was so expensive picked it up in a rather careless way, and while he was throwing it from one hand to another hand he said: “This looks quite nice.” His friend said: “It has cost me a half million dollars.” “Wow! Sorry!” his friend said while he very carefully replaced it on the shelf.

If we realize that our fellow Christian brother or sister has not cost God merely a half million dollars, but the costly blood of His own dear son, and that Christ is now living in our fellow brother or sister, we will be extremely careful and sensitive in our criticism. Maybe we will then be more eager to wash one another’s feet, than one another’s ears when we deal with conflict in our churches. Then we will realize that we should always speak the truth in love and that truth without love is nothing less than brutality.

The Guarantee of Life Everlasting

Here in Colossians 1:27 Paul also says that Christ who lives in us is the hope of eternal glory. Christ in us is the ground and foundation of our hope of eternal life. When death comes we may know that Jesus Christ who lives in us has already conquered death. He died, but was resurrected. He will never die again and He is now living in me. Therefore I will be with Him forever when I die. After my death I will see His body and His face and I will look into the eyes of the One who loved me so much that He gave His life for me when I was still a lost sinner, and came to live in me to restore me to His image.

After death I shall see His glory, and enjoy everlasting communion with Him who is now already living in me. By His sufferings and death He earned it for me. Through His intercession He is now preparing it for me. His righteousness gives me the right to inherit it. The fact that He is living in me through His Spirit is the first taste of this glory.

If He lives in you, you will have boldness and a longing to finally meet Him personally face to face.