Dear Editor of TORCH AND TRUMPET:

When a man is confused on an issue, it is either caused by his own inability to do clear thinking, or it is caused by others to whom the person has been looking up as leaders. I’m referring to the issue of the Infallibility of the Word of God. Permit me to give you a little bit of background in order that you may be able to help me.

I have spent 28 years of my life in the Netherlands, was born and reared in the Gereformeerde Kerken van Nederland. We believed in the infallibility of the Bible. There was no doubt: “My Word is Truth.” In discussion with unbelievers in Holland, in the days of my youth, mostly people who were confused by Darwinism, although not necessarily people who had utterly rejected the belief in a “Higher Intelligence,” whom they might be willing to call the “Creator,” I used to reason that without a doubt this marvelous universe must have been planned by one with a very high intelligence, in fact one who could not be less than omnipotent It used to surprise me how the mere statement of this conviction about the Creator tended to get one’s opponent “on the ruo.” The doctrine of Creation showed far greater intelligence than anything Darwin or any modern theologian could bring up in opposition. Of course when the idea of creation was conceded, though with reluctance, there still remained the question: How did this creation take place and what is your source of information? This did not seem a difficult problem to cope with for a believer. If there is a God, a divine Creator, he wants tills creature to know about him. To know of this great power and love, in fact to know of all of his divine attributes. There’s where revelation comes in. God made himself known in this creation, and it is logical that he would tell about himself by the Word of his mouth. Why should God do all these great things and then keep the information all for himself and his angels? He wanted his rational creature, man, to know about this and gave us his Word which subsequently was put into writing. Can anybody in all sincerity think that God would give an incomplete record or a record containing errors? Could it be anything but an infallible record? I have never doubted this and I believe that I was in line with the Reformed theologians. 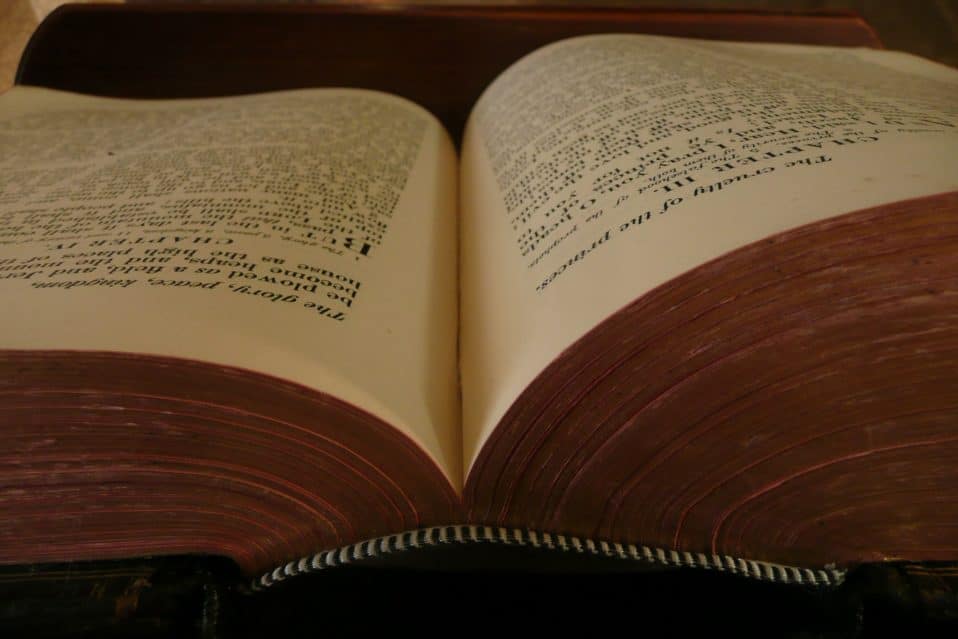 When I observed the decline in the Presbyterian Church I became convinced that I had better depart from them and rejoin the Christian Reformed Church, the Church that was doctrinally sound, confessing the infallibility of the Word of God. In those days we, the Christian Reformed Church, were very sympathetic toward Dr. Machen and his associates, and we rejoiced when they started the Independent Board of Mis s ion s, Westminster Seminary, and finally also the Orthodox Presbyterian Church. We felt close to these fellow-contenders for the faith; we encouraged them and we (and the Laymen in the Christian Reformed Church agreed) had the feeling that we could be helpful to each other, strengthening each other’s hands.

But, what is the situation now? The Christian Reformed Church is arguing the subject of infallibility of the Word of God. Undoubtedly some of our professors and other leaders had already come to the conclusion that reservations had to be made about the doctrine of infallibility. That if we had to stand by our creed and profess that the Word is infallible we should temper that by agree· ing that it’s a more or less fallible infallibility. Until a little over two years ago nothing came into the open about these contentions. The professors were silent about this. It took a couple of Seminary students to force the issue. They wrote about it in the students’ paper and The Banner. They apparently had the consent of some of their professors and the issue was right in the lap of the Church. The result is nothing less than confusion. People are confused about something they and their fathers used to be sure about. This is so-called openmindedness and legitimate Scientific-theological research, which is supposed to give us a better understanding of the Word. Strange that the students appeared to lead and the professors appeared to follow.

I am one of these confused people mentioned in the preceding paragraph. Don’t misunderstand me, I’m not confused in my thinking about infallibility. I believe in it without reservations. My confusion has to do with the loss of confidence I now entertain in some of our clergy and other leaders. Thank God, I have still confidence in many of our Church leaders, but I have lost it in several who are in high places. I am displeased also because of open and concealed attacks that come from their midst against Westminster Seminary and the Orthodox Presbyterian Church. I am just as much for that Seminary and the Orthodox Presbyterian Church now as I was when they started. In fact I have more reliance in their Orthodoxy than in the Orthodoxy of some of our leaders in Calvin Seminary and our own Church. I’m just through reading Dr. E. Young’s Thy Word Is Truth and The Infallible Word by Murray, Stonehouse and others. I feel a lot safer following the leadership of these men than of several of our own, who show an unkind spirit toward West· minster and the Orthodox Presbyterian Church. The ones who advocate withholding financial support from Westminster, that bulwark for the Reformed faith in America, are blundering. Why should they not uphold these men who are holding fast, while we are slipping? Instead of casting them off we should try to get closer to them. We should even consider calling more of the West· minster graduates to our pulpits, since it seems that we can not supply our own need for ministers.

For the above remarks I alone am responsible. But there is a feeling among the “grass roots” in our denomination that concurs with my sentiments.