The strong pungent flavor of the vanilla available just across the border from our San Diego home was a treat I enjoyed during our years living there. Somehow it seemed my cookies had so much more flavor when I added that Mexican Vanilla. So, when our family relocated to the East Coast, I carried with me an ample supply of vanilla. Time passed, however, and my supply was depleted. Some time later, following a week in Southern California, my husband was returning to our east coast home carrying in his luggage a precious gift of love for me: Pure Mexican Vanilla. As we settled into the car, the sudden fragrance of vanilla swept over us. I heard my husband groan as the awful truth of what had happened dawned on him. We reached home, he opened his bag, and there against his drenched clothes and a brand new volume by Chuck Swindoll, lay the broken bottle. The year was 1985.

As the youngest of four well-behaved proper young ladies, my restless independent spirit stood in sharp contrast to their quiet, more mature behavior. I longed for acceptance, not criticism. I longed to hear the remarks of approval I heard about my older sisters. Instead, I met frequent frowns of disapproval, or worse, the stinging words of comparison, not spoken to me, but rather about me, as I passed by.

Then I would remember that unexpected, infectious laugh which had refreshed and reassured me as a very young child. His name was Harvie. For the rest of the evangelical world he was a spokesperson for world missions, a student of latter twentieth century urban life and missions, and a profound thinker who impacted the lives of seminarians year after year. To me, he was the first adult who laughed with me, who held me on his knee and actually listened to me. He was the first adult whose welcoming attitude became a fragrance that has swept over me time and again in my life. His own self-proclaimed antics as a boy remained vivid in my mind as I grew up under the critical eyes of one home mission congregation after another. Over the years, I grew to cherish the concept that even restless, mischievous boys and girls could become adult servants of God with the courage and energy to step apart from the crowd and serve God in remarkable ways. Thus, years later when my own young son challenged my energy level and my parenting skills (which had seemed quite adequate for my daughter, a quieter, “eager to please” little girl), my confidence did not waver. For years before, unknown to the adults around me, I was absorbing a profound lesson: in God’s hands high energy, creative children have been given a tremendous gift. It is this very source of frustration to many parents and adults, which in the master potter’s hands can be focused to accomplish incredible work for the kingdom of God. 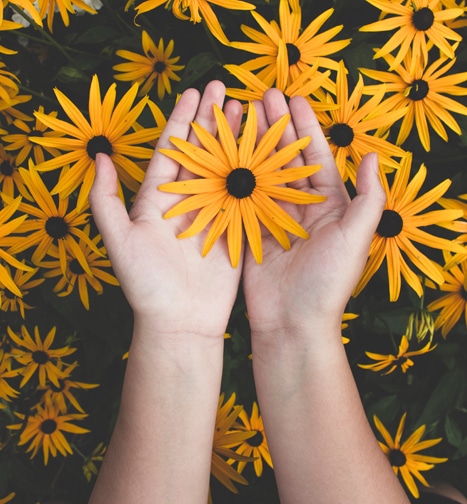 Nevertheless, how common it is for adults to overlook two incredibly important facts about the children with whom we have the privilege of interacting. First, very young children are consistently absorbing messages from us without our realizing it. Secondly, those very same children are created in the image of God with unique gifts and callings just as certainly as we adults.

Recently, one of my colleagues brought his two-year-old to our department meeting. Her deep bright blue eyes absorbed this group of adults sitting about the table exchanging lighthearted banter as we waited for the last member to arrive. Suddenly, I heard my friend make an offhand playful, but derisive remark about his daughter. Noticing my surprised look, he responded, “Oh, she doesn’t know what I’m saying—she just hears the tone of voice. That’s what counts. See, she’s smiling at me.” Somewhat appalled by the incident I challenged Scott’s thinking to no avail. Inconsistency in thinking about children is rampant, even within the covenantal community.

Certainly, our society stresses the need to educate our children thoroughly and early. Preschool programs have waiting lines for admission. The popular theory is that in order for children to be successful in kindergarten, they must have had some experience in the classroom, they must have already learned some basic fundamentals: the alphabet, counting and the simple use of numbers, and so on.

Many parents feel compelled to teach even preschool children as much as possible to prepare them for their first exposure to other children in a classroom situation. One day as I drove home through the busy streets filled with commuter traffic, I noticed the car directly in front of me. In the back seat in a baby car seat I saw a very young child, a year and a half, or two. Soon I realized that the mother was showing to the child large, colorful flash cards with sounds spelled out. As I followed the car for twenty minutes through stop and go traffic, the mother continued to drill her restless little boy.

A dichotomy has become established in our society. On the one hand children are frequently treated as though what is said in front of them cannot be understood by them, while on the other hand, we press them expectantly to learn. We ignore their presence as we talk about them, or discuss other adult subjects (which children should never be burdened to hear), while at the same time we often refer to them as “little sponges.” In an age whose focus has become “end product,” it has become easy to approach childrearing, unconsciously, with an outcome-based manner.

Further, in the “covenant community” this dichotomy also exists in recognizing the importance of the child within the fellowship of believers. How precious children clearly are to God! A quick concordance scan shouts the tenderness of God toward children. In Psalm 78:2–7, how strongly God speaks of the need to inform our children of His works so that even the unborn children of following generations will have the opportunity to put their faith in God. Sharply contrasted with that enthusiasm and hope for the children is the reference in Psalm 78:8 to the forefathers whose stubborn hearts were not loyal to God. It is from children’s, even infants’ lips, that God’s praises silence the lips of the foes of God (Psalm 8:2).

Interestingly, Jesus’ attitude toward children seems to stand in sharp contrast to the culture of His day. “But when the chief priests and scribes saw the wonderful things that He did, and the children crying out in the temple and saying, ‘Hosanna to the Son of David!’ they were indignant and said to Him, ‘Do You hear what these are saying?’ And Jesus said to them, ‘Yes. Have you never read, “Out of the mouth of babes and nursing infants You have perfected praise”’” (Matt. 21:15–16)? Earlier, Matthew records the disciples’ conversation with Jesus concerning who was the “greatest in the kingdom of heaven.” Jesus simply replies by calling a child over to them and setting the “little child” down among them. As Jesus concludes His discussion about greatness in God’s kingdom, He makes two pointed remarks: “Whoever receives one little child like this in my name receives Me”; “Whoever causes one of these little ones who believe in Me to sin, it would be better for him, if a millstone were hung around his neck, and he were drowned in the depth of the sea” (Matt. 18:5, 6). Jesus frankly addresses His disciples withthese imperative statements that call us to consider our own conversation and behavior toward children. I wonder how frequently Christ would respond indignantly or even more strongly to our interactions with children today.

Just over seven years ago our oldest son was involved in an accident which resulted in significant brain injury. Over the following months, I noticed how frequently adults, who had never taken the time to talk with Jonathan, began to talk with him. Not only were they genuinely eager to encourage his progress; they began to realize they enjoyed talking with him. A couple of months after the incident, a member of the congregation came up to me and said, “You know, I think that accident was good for your son. He’s a much nicer person now.” Completely taken aback by the remark, I responded with the only thing that could come to my mind at that moment: “Actually, his basic personality has not changed. He has always been a thoughtful, loving person…Maybe, you just hadn’t been around him enough to know him.”

As adults we often become so absorbed in accomplishing our own goals that we can lose the spontaneity and joy of living before God in community. It is frequently difficult to value and cherish those around us who challenge our own agendas. Children often do just that. They interrupt our schedules. They do not necessarily agree with our ideas of what is appropriate or convenient at the moment. They frequently may show more faith in seemingly impossible situations than we adults. Unfortunately, our natural response too often can be harsh and critical, instead of encouraging and supportive.

Incredibly, God has given adults the opportunity to become the fragrance, the aroma for the children in our communities of faith. By receiving these little children like Christ did, by passing on the knowledge of “the praises of His wonderful works,” we can serve as the aroma of life to them. Again and again throughout their lifetime early words of refreshment may come to them, giving a foundation of hope and encouragement. Such is the instruction of Paul in 2 Corinthians 2:14–16: But thanks be to God who always leads us in triumphal procession in Christ and through us spreads everywhere the knowledge of Him. For we are the aroma of Christ among those who are being saved and those who are perishing. To the one, we are the smell of death, to the other, the fragrance of life.

Years have passed. The Swindoll volume sits among others on the shelf. Recently, I took the volume down; as I opened it the rich sweet aroma of vanilla drifted into the room. And I remembered Harvie.

Cornelia Ruth Ruff teaches at Valley Christian High School in Duhlin, CA. Her husband, Lewis, presently serves as the Regional Coordinator for PCA church planting in the 13 western US states.