Thousands of people had come together and heard Christ’s sermon against sinful fear and earthly anxiety—so many in fact that many feet were trampled.

One of those present listened with growing impatience, because whatever the Preacher said did not allay his anxieties in the least. He was preoccupied with the thought how to talk his brother into dividing an inheritance with him. Apparent1y the brother was not easily talked into such an act of fairness and justice.

Understandably this matter preyed upon the listener’s mind, particularly since this type of injustice hit him in his soft spot—the pocketbook.

The sermon, preached by Christ, in no way applied to his troubles, he felt. To fear God and not men, no matter what they do, is an abstract sort of religion not dealing with the ethics of a dishonest brother. Then what’s the use of being fellow members of the Old Covenant church where the Mosaic law is held in the highest respect?

But perhaps the minister could be brought down from his lofty perch if faced with this piece of corruption in Israel.

Boldly this auditor interrupted the sermon! “Teacher, bid my brother…” The reply was scathing. “Man, (sic) who made me a judge or a divider over the two of you?”

That was all; no sympathy expressed; the whole matter simply brushed aside as being immaterial and of no consequence whatever. So it seemed. Was this the same Christ who spoke the famous words of Matthew eighteen: “If thy brother shall trespass against thee, go and tell him his fault…”? Was this the same preacher who declared: “If thy brother has aught against thee, leave thy gift at the altar and go and reconcile thyself first”? Did this problem not concern Him and could He simply brush it aside? Should not the Master volunteer to go along as a witness to hear the argument between the two brothers and try to effect a reconciliation? No, the devastating words: “Man,…” are the only answer and have found their mark unerringly.

Our listener had become visibly upset; his whole demeanor portrayed his real interest. He was not concerned about his erring brother in the least; he was interested in the money. His brother could go to perdition for all he cared. In short, the fear of God was not in him; hypocritically he asked the Master for help with his problem. A problem he had, to be sure; but no Christian concern for the eternal welfare of his thieving brother.

Beware of covetousness, added Jesus, showing a deep concern for the real problem of this man, adding a parable for good measure lest the application should escape him. “Thou fool….” In spite of all the grand plans and financial schemes, you will die before they have been executed and your money will have departed from you. “So is everyone that layeth up treasure for himself and is not rich toward God.” Yes, when that sermon was preached a lot of toes got trampled upon in more ways than one, no doubt.

We too have earthly blessings given unto us by the Father of lights and we enjoy them with thanksgiving, for every gift of Cod is perfect. But the Lord rips off every mask of artificial piety, because his Word cuts down to the dividing of bone and marrow. “MAN,…” “Take heed and keep yourselves from all covetousness: for a man’s life consisteth not in the abundance of the things which he possesseth.” Such a man is a fool.

A fool and his money are soon parted. 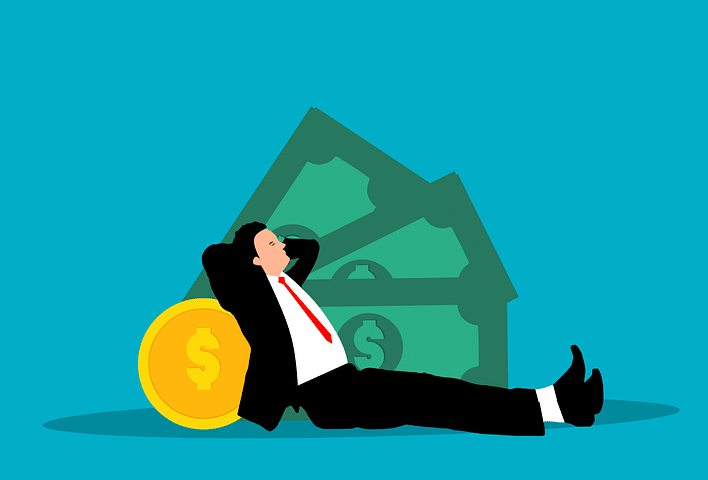