The Synod of the Christian Reformed Church meeting in the year 2000 will be faced once again with the issue of Women in Office. This matter will be on the agenda because the decision, taken by Synod 1995, which opened the offices of elder, minister, and evangelist to women, is to be revisited in five years. Hence, Synod 2000 will take up this matter again. The matter of Women in Office is a Biblical issue. Every one who is interested in this question readily concedes that this is so. The only question is whether the Bible permits, indeed demands, that women be allowed to serve in the church as elders, ministers and evangelists, or whether the Bible forbids this. It is true that some in the Christian Reformed Church claim that this is only a “Church Orderly” issue. That is to say, it is not a Biblical or confessional matter. But to argue from that point of view is to deny that the Church Order of the Christian Reformed Church is based on Scripture. No one in the Christian Reformed Church is prepared to do that. So, to claim that the question of Women in Office is a Church Order issue and not a confessional or Biblical issue is only to place the discussion one step beyond the foundational question, which is to say: Granted the issue is a Church Order issue. But since the Church Order is derived from the principles laid down in Scripture, those who maintain that this question is only a Church Order question must concede that it is indeed a Scriptural issue after all.

That of course brings us to the central matter in this discussion. The crucial question is: What does the Bible say regarding this matter? After all, everyone in the Christian Reformed Church is interested in what the Bible has to say about this, and anything else that is before the church.

Everyone will agree, I think, that the passage of Scripture that is most clearly related to this issue is the one found in 1 Timothy 2:9–15. This is the classical text to which every side in this issue appeals. There is a book, recently edited by three New Testament theologians, entitled Women in the Church: A Fresh Analysis of 1Timothy 2:2–15, which argues persuasively, in my opinion, that the Bible forbids women from holding offices of authority within the church. The approach of these professors is scholarly. Each of them deals with a specific area of the text or the background of the text. For example, Dr. S.M. Baugh, Associate Professor of New Testament at Westminster Theological Seminary in California, argues from the historical situation in Ephesus in the first century after Christ. The common explanation for Paul’s in sistence that women not hold authoritative office in the church is that Timothy, the pastor of the church in Ephesus, was dealing with a feminist cult associated with the goddess Artemus. These feminists had infiltrated the church at Ephesus, so say the proponents of women in office, and were promoting themselves into positions of authority in the church. Paul’s injunction against women in office was due then, to a local situation that existed in Ephesus. Professor Baugh shows from a scholarly review of literature from the first century that this was not at all the case in Ephesus. He says, “Men filled Ephesian magistracies and its most prominent social positions. This alone rules out the kind of feminism sometimes conferred on Ephesus. In addition, we have blaring silence regarding feminism from curious explorers like Strabo and Pliny the Elder in their comments on Ephesus. They give no hint whatsoever that women dominated this city” (p. 34). 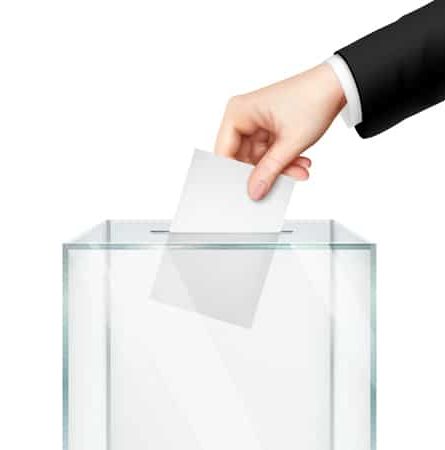 Dr. T. David Gordon, Associate Professor of New Testament at Gordon-Conwell Theological Seminary, discusses the kind of literature I Timothy is. The argument that is often heard regarding Paul’s stand on women in office is that the pastoral letters were intended as personal letters to pastors in given situations. Thus the contents of those pastoral letters have to do with certain local situations. Professor Gordon proves from the writings of the apostle, that Paul uses universal norms to deal with specific situations. Though the situation may be local, the norm is general and universal. He writes, “The argument in I Corinthians 14 about the unintelligibility of tongues, which renders them non-edifying to the hearers (whether they are also unedifying to the speakers is, a debate we need not enter here), is relevant to the Protestant insistence that worship be conducted in the vernacular language. The norms beneath these instructions are first, that gifts are given to edify, and second, that unintelligible forms of communications are not edifying…The various Pauline instructions regarding food (Romans 14; I Corinthians 8; I Timothy 4:3–5) deal with food offered to idols as well as religious scruples about food. In each situation, the norms are the same: that God has made all that exists, and that therefore an item of food is clean if it can be received in good conscience and with thanksgiving to God the Creator. Nevertheless, love is more important than liberty” (p. 57). The point here is that though the situation regarding speaking in tongues and food offered to idols were local situations, nevertheless Paul addresses the issues with abiding norms that affect Christians in every age. The same applies to the message in I Timothy 2:9–15. This is especially proved when Paul relates his prohibition of women in office to Adam and Eve in the Garden. It is clear that Paul is not simply passing on information that concerns merely a local situation. The third essay, written by Dr. H. Scott Baldwin, Lecturer in New Testament at Singapore Bible College, reviews the history and translation of the word “authority.” It is the Greek word translated “authority” in I Timothy 2:12. He points out that it is a difficult word because it is used only once in the New Testament. But by comparing its usage in secular Greek literature, Dr. Baldwin concludes that its translation as found in the English Bible is correct. In an exhaustive appendix, Professor Baldwin quotes from numerous ancient writings of the first centuries in which the word “authority” is universally translated “authority.” These include the Church Fathers, the literary Greeks of the first century BC through the second century AD. He concludes that the text as we know it is correct: “I do not permit a woman to teach or to have authority over a man.”

The longest essay written by Professor Thomas R. Schreiner, professor of New Testament, Bethel Theological Seminary, is entitled “An Interpretation of I Timothy 2:9–15. A Dialogue with Scholarship.” He argues that the progressive position that supports women in office cannot rightly hold to the teaching of Paul. For either they must say that Paul is wrong or they must say that while it is true that Paul prohibits women from holding office in the church, they reject that message. One cannot have it both ways. “Our problem with the text is not, in the main, exegetical but practical. What Paul says here is contrary to the thinking of the modern world. We are confronted with an alien and shocking word from the Scriptures. This alien word should modify and correct both our thinking and our behavior” (p. 154). This, of course, is precisely where the case of women in office finally rests. It is the issue of Scripture, the most important question, and it is the one the progressives in the Christian Reformed Church most want to avoid. For it is true that the Christian Reformed Church still insists that it is true to the Bible. Every synod of the Christian Reformed Church in recent years would insist that all of its decisions were true to the Scriptures. But the fallacy of this argument is clearly revealed when one has to admit that Paul does indeed prohibit women serving in official offices in the church.

An essay written by Dr. Robert W. Yarbrough, Associate Professor of New Testament. Covenant Theological Seminary, defends the thesis that understanding and interpreting the Scriptures correctly requires serious exegesis of the text, but also a willingness to bow before the Lord of the text. “What the Bible says (to keep the matter simple for a moment), the significance of I Timothy 2:9–15, is tolerably clear. as the preceding chapter showed. In Paul’s understanding men and women, while equal in value and importance before the Lord, were not accorded identical places in church and home. Precisely the same offices in the church were not open indiscriminately to either sex” (p. 156). Why, then, do the progressives in the Christian Reformed Church, who claim to hold to the Scriptures, take an opposite position to that of the apostle? Dr. Yarbrough answers that people read the Bible from their particular point of view. Biblical authority then becomes second to ones experience. “Changes in society require changes in the church” is the cry of the progressives, But ths attitude toward the Scriptures is filled with danger. For it will inevitably lead to a reinterpreting of Scripture in keeping with an altered intellectual climate.

Dr. Harold O.J. Brown writes the last essay. He is Professor of Biblical and Systematic Theology, Trinity Evangelical Divinity School in Deerfield, IL. His essay is interestingly titled, “The New Testament Against Itself. I Timothy 2:9–15, and the ‘Breakthrough’ of Galatians 3:28.” The position he takes is that God simply cannot contradict Himself. He writes: “For about eighteen centuries, I Timothy 2:12, as well as 1 Corinthians 14:34 and related texts, was assumed to have a clear and self-evident meaning. Then, rather abruptly, some (people), hardly a quarter century ago, began to ‘discover’ a different meaning in the apostle’s words. Did God suddenly permit ‘more light to break forth from his holy Word’?” (p. 197). He continues, “When opinions and convictions suddenly undergo dramatic alteration, although nothing new has been discovered and the only thing that has dramatically changed is the spirit of the age, it is difficult to avoid the conclusion that that spirit (of the age) has had an important role to play in the shift” (p. 199).

There are some of us in the Christian Reformed Church who greatly fear that what Dr. Brown says has taken place or is in the process of taking place, within our denomination. The spirit of the age rather than the authority of Scripture, is the prevailing motivation for the issue of Women in Office. Synod 2000 has an opportunity to show that this is not the case.

The book referred to in this article is: Women in the Church: A Fresh Analysis of I Timothy 2:2–15 Edited by Andreas J. Kostenberger Thomas R. Schreiner, and H. Scott Baldwin, Grand Rapids: Baker Book House 1997.