The question, “What happens to our souls when we die?” is one which often has concerned believers when their loved ones have died. Where are our souls after death? This subject has also received the attention of theologians for centuries. The upshot of their cogitations may be summed up into several main views as follows.

This view maintains that at the time of the death of the body, the soul becomes unconscious, and, therefore, the soul is likened to being asleep until the resurrection. In this state, the soul experiences neither joy nor pain. It simply remains unconscious and awaits the resurrection at the return of Christ when soul and body will be reunited and raised incorruptible. Protestants reject soul sleep because of the testimony of many Scriptures, including our Savior’s dying words on the cross—“Father, into your hands I commit my spirit” (Luke 23:46)— and Paul’s words, “For to me, to live is Christ and to die is gain” (Phil. 1:21 NIV).

Those who teach that there is a purgatory claim that purgatory is the place where the souls of those who die in Christ must go after death to be purged of any remaining evil. These souls must “suffer for a time a purging which prepares the soul to enter heaven and appear in the presence of the beatific vision. The purpose of purgatory is to cleanse one of imperfections . . . and to remit or do away with the temporal punishment due to mortal sins which have been forgiven in the sacrament of penance. . . . Purgatory will last only until the general judgment” (Catholic Concise Encyclopedia, Page 284). This is the official view of the Roman Catholic Church. The Bible says nothing about purgatory. Therefore, Protestantism, from its beginning, has rejected purgatory, due to a lack of a biblical basis.

This view states that when people die, both body and soul cease to exist. Death is the final state at the end of our life’s journey. One becomes forever nonexistent. In other words, one ceases to exist forever; we die just as the animals do. Protestants reject this view for the same reason as it rejects purgatory. There is nothing in Scripture to warrant such a position. The Bible consistently teaches that the soul lives on after the death of the body.

Some hold to the view that at death all souls go to a place called Hades. This view teaches that Hades is divided into two areas, namely, one part where the damned dwell, and the other part where the saved dwell. Those who advocate this view are likely to refer to this Scripture, “He [Christ] was put to death in the body but made alive by the Spirit, through whom also he went and preached to the spirits in prison (1 Peter 3:18–19) NIV). Admittedly, this 1 Peter text is hard to understand, but by comparing scripture with scripture it seems to say that Christ, at the time of his resurrection or afterward, announced his victory also to hell dwellers. In the Reformed view, as W. G. T. Shedd states it, “There is no intermediate Hades between Heaven and Hell, which the good and evil inhabit in common. When this earthly existence is ended, the only specific places and states are Heaven and Hell. Paradise is a part of Heaven; Hades is a part of Hell. A pagan underworld containing both Paradise and Hades, both the happy and the miserable, like the pagan idol, is ‘nothing in the world.’ There is no such place” (Dogmatic Theology, vol. 2, pages 594–95).

Finally, the ancient view known as universalism seems to be coming back into vogue. Universalism is the view that all who die go to heaven. Universalism is unbiblical in many ways. It trivializes the seriousness of sin. It also ignores the work of Jesus Christ, who said, “I am the way and the truth and the life. No one comes to the Father except through me” (John 14:6 NIV). It also contradicts another scripture which states, “Salvation is found in no one else, for there is no other name under heaven given to men by which we must be saved” (Acts 4:12 NIV). It also flies in the face of the Heidelberg Catechism’s teaching in Lord’s Day 7, Q&A 20. Such universalism, advocated by some, such as Rob Bell in a recent popular book entitled Love Wins, argues that God loves too much to send any souls to hell. Sadly, universalism is pure human sentiment on the part of proud interpreters who seem to think they know more than God and the Bible. The Scripture agrees, of course, that God loves. And yes, love wins—not by ignoring sin—but by forgiving sin by way of the atoning blood of Jesus Christ. “For God so loved the world that he gave his one and only Son, that whoever believes in him shall not perish but have eternal life” (John 3:16 NIV). *This paragraph, as well as some other emendations, has been contributed by Dr. Joseph A. Brinks of Menno, South Dakota.

Generally speaking, the majority of Protestants believe in what is called the intermediate state. In this view the soul of a believer in Christ “goes immediately to be with Christ to enjoy a continuous conscious, personal existence while awaiting their final resurrection of the body” (R. C. Sproul, “The Intermediate State,” Essential Truths of the Christian Faith, Page 205). Thus, the soul of a believer in Christ remains conscious and can enjoy the presence of God and the glories of heaven, though without a body, while awaiting the resurrection and a new glorified body. Therefore, when death strikes one of our family members, we often comfort them with the assurance that their believing loved one is now “absent from the body and present with the Lord” (2 Cor. 5:8). 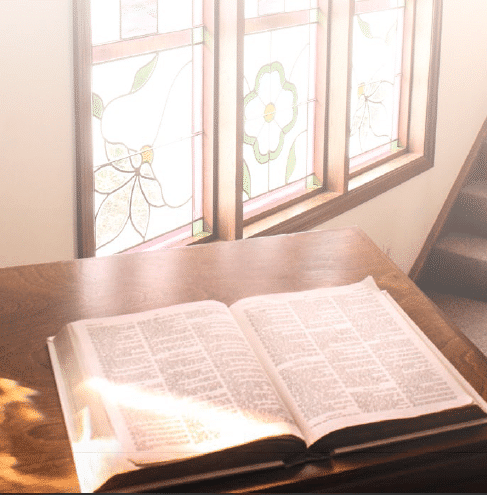 This comfort accords with the words of Jesus to the dying thief at his right on the cross:“Assuredly, I say to you, today you will be with Me in Paradise” (Luke 23:43 NKJV). Thus, the conscious existence of the soul is presented as continuing in God’s presence, while the body is committed to the grave. And Jesus himself, as he breathed his last on the cross, committed his own soul to the Father (Luke 23:46). Since Jesus firmly believed in the continued conscious existence of the soul after the death of the body, he could comfort his disciples—before leaving them—with the promise, “In My Father’s house are many mansions; if it were not so, I would have told you. I go to prepare a place for you. And if I go and prepare a place for you, I will come again and receive you to Myself; that where I am there you may be also” (John 14:2–3 NKJV). Thus, Jesus assured his disciples that their relationship with him would continue beyond the grave.

Some theologians believe that God gives temporary bodies in the intermediate state in order for the inhabitants to enjoy communion with each other in heaven. Dr. Donald B. Bloesch, for example, states the following on this subject: “It was a common understanding in biblical times that the dead are clothed in some kind of body (1 Cor. 15:35). The inward man who persists after death includes the somatic as well as the psychic” (Essential of Evangelical Theology, vol. 2, Page 187). He cites several examples of biblical instances which portray the dead as being clothed in some bodily form and easily recognizable, including Samuel (1 Sam. 28:13–14); Elijah and Moses on the Mount of Transfiguration (Matt. 17: 1–4; Mark 9:2–5); and the saints in paradise who are clothed in white robes (Rev. 7:6–11; see esp. 7).

There is, however, no clear and explicit expression of such a teaching in Holy Writ. Therefore, we find no such mention of temporary bodies of those whose bodies lie in the grave. Further, to argue that the souls in heaven must have a body “as a means of fellowship, communication, and identification” (Bloesch, page 184) is to ignore the fact that God is spirit and has perfect fellowship within the Trinity of persons in the Godhead. Thus, the spirit of man can have conscious fellowship with God, and others present in heaven, even without a body. Moreover, the standard Reformed confessions maintain a conscious spiritual existence of the believer with Christ after death, though in a bodiless state.

The Westminster Confession of Faith proclaims the following in article 32. 1, “Of the State of Men after Death, and of the Resurrection of the Dead”: The bodies of men, after death, return to dust, and see corruption, but their souls, which neither die nor sleep, having an immortal subsistence immediately return to God who gave them; the souls of the righteous, being then made perfect in holiness, are received into the highest heavens, where they behold the face of God, in light and glory, waiting for the full redemption of their bodies. And the souls of the wicked are cast into hell, where they remain in torments and utter darkness, reserved to the judgment of the great day. Beside these two places, for souls separated from their bodies, the Scripture acknowledgeth none. (Article xxxii,1).

The Second Helvetic Confession, some eighty years earlier, had already clearly expressed the Reformed view regarding the state of the dead. It is quite obvious that both views express similar positions about the destination of believers at death:

For we believe that the faithful, after bodily death, do go directly unto Christ, and, therefore, do not stand in need of helps or prayers for the dead, or any other such duty of them that are alive. In like manner, we believe that the unbelievers are cast headlong into hell, from whence there is no return opened to the wicked by any offices of those who live. (art. 26.3)

The Heidelberg Catechism of the Reformed Churches, written in 1563, also expresses the truth that to be present with Christ after death is part of the comfort of confessing belief in “the resurrection of the body.” It poses the question: “How does ‘the Resurrection of the Body’ comfort you?” And the answer is clear and forthright:

Not only my soul will be taken immediately after this life to Christ its head, but even my very flesh, raised by the power of Christ, will be reunited with my soul and made like Christ’s glorious body. (Q&A 57)

Conclusion of the Matter

In conclusion, we believe the Reformed spiritual forebears properly understood the Scripture to teach that the soul of a believer in Christ, when separated from the body at death, goes immediately to be “with the Lord.” That is, it continues to live a conscious existence without a body and free from sin. It therefore, participates in the joy and realities of the heavenly life. Its fellowship is pure and perfect with God and the redeemed church, though not yet complete. It, too, awaits the final return of Christ and the resurrection of the body, which, in a glorified state, will be reunited with its soul. And, according to the Bible, The dead in Christ will rise first. After that, we who are still alive and are left will be caught up together with them in the clouds to meet the Lord in the air. And so we will be with the Lord forever. Therefore encourage one another with these words” (I Thess. 4:16–18 NIV).