“But you will receive power when the Holy Spirit comes on you; and you will be My witnesses in Jerusalem, and in all Judea and Samaria, and to the ends of the earth.”  Acts 1:8

When Jesus had accomplished all that He had come to do, He ascended into heaven. Ten days later, on Pentecost, came the outpouring of the Holy Spirit. It marked the beginning of the great harvest prepared by the Son of God’s work on while He was on earth. The Holy Spirit would apply all the work that Jesus had accomplished to the hearts of God’s elect. Through the Spirit, they would be born again and become spiritually minded.

The Call from Christ

Just before Jesus ascended into heaven He told His disciples what they were to do when they received the Holy Spirit. They were to be witnesses of all they have seen. This was not an option; they were commanded by their Master to go into all the world and proclaim the glorious gospel message that reconciliation with God was available through Jesus Christ.

By implication, the church receives the same mandate from the Son of God. Led by the Holy Spirit, the church brings the same message as the apostles of old: it is Christ and Him crucified. In addition, when the Holy Spirit of God convinces a person that God has opened the way of reconciliation to Himself through His Son, that person will become a witness for Christ.

We live today in an age when the opportunity to do mission work is greater than ever before. The Word of God can be proclaimed not only in the synagogue and the amphitheatre; it can be brought to millions of people by means of print and mass media. As technology develops, so do methods of evangelism and missions. Television and radio have been replaced by the Internet and iPod. Millions of people have the gospel available to them as they download sermons by the simple click of a mouse.

Christian programs are bouncing off of satellites everywhere, even in countries where Christian missionaries are banned by the government. We can bring the glorious good news of salvation to any part of the world for those who have never heard it as well as those who long to hear again.

The Call to the Church

Certainly, most churches are willing to send money. They take an offering once or twice throughout the year and say, “God bless you in your work. Here is some money to help you,” but they really do not know the missionaries they support. When I began the ministry years ago, the churches I served would have a Mission Emphasis Week with missionaries speaking at well-attended breakfasts and luncheons, leading chapels at schools and worship services at the church. Today, if a missionary is invited to speak after a worship service at a supporting church, many make a hasty exit because they have other plans. Fear of hierarchy has prevented at least one federation from establishing a mission board that could distribute information about the needs of her own missionaries.

Individuals give generously to all kinds of mission support endeavors but seldom have gone out to speak to their unbelieving neighbor across the street or at work. Volunteering for Daily Vacation Bible School, jail ministry, or visiting with the homeless is often left to someone else.

The Lord spoke to His people saying, “You are my witnesses” (Isaiah 43:10). This was addressed not only to the leaders or prophets of Israel. God was addressing the Israelites as a whole nation. They were to be witnesses to all the world of the mighty acts of God who had brought them into the Promised Land.

In Acts, Jesus may be speaking first and foremost to the disciples, but through them He is addressing all believers. Certainly, we want to reach the people in Toronto for Christ; we want to bring the gospel to those in Trinidad and the good news of salvation to India. But we must also be witnesses of the mighty acts of God in our lives, in our homes, workplaces, and wherever God leads us.

The Call to Witness

A witness is a person who gives testimony of a certain fact or event. Those facts are given to people who do not have knowledge of them. Suppose you witnessed a car accident. You saw the whole thing clear as day. The police come to the scene of the accident. They did not see what had taken place. How do they know who is in the right and who is in the wrong? They ask witnesses. You, as a witness, would give your testimony as to what you saw take place. Based upon the evidence of your eye-witness account the police issue a citation to the person who was in error.

John begins his first epistle with these words: “That which was from the beginning, which we have heard, which we have seen with our eyes, which we have looked at and our hands have touched—this we proclaim concerning the word of life” (1 John 1:1). The apostle John was an eye-witness! Based upon his testimony we know some of the facts concerning the life of Jesus of Nazareth. We can read about his life, death, resurrection, and ascension. We can read about how his life affected those around Him.

John wrote near the end of his gospel: “These things have been written that you may believe that Jesus is the Christ, the Son of God; and that believing you may have life in His name” (John 20:31).

In our generation, Christians are to bring the same message as John. We are to speak to others about Jesus Christ who arose from the grave, ascended into heaven, and now holds the keys of heaven and hell. He is alive. He is real. Of this we must give testimony. But how can Christians today know that these things are true? Certainly no one today can claim to have seen the stone rolled away or the Son of Man ascend into heaven.

Are we merely to accept the words of men whom we do not know from Adam, who claim to have witnessed an incarnation, death, and resurrection, as gospel? Would you accept an astounding message of a recent death and resurrection from your best friend?

There is more to it than that. The Spirit of God who came on Pentecost convinces us as to the facts of the Jesus of Nazareth. The fellowship we have with the Spirit through faith convinces us of the truth of the gospel and the saving work of Him who is the Christ. Knowing the facts surrounding the birth, life, death, resurrection, and ascension of the Son of God to be true, we believe in Him, and we are to tell others about Him.

In this connection, there are two very interesting passages in the Bible about the role of witnessing. As you read through the Book of Jeremiah, you soon discover that the prophet suffered many things because of his testimony and his preaching. He was threatened so often that he came to a point in his life where he decided to be silent and preach no longer.

After being silent for a while, the prophet wrote, “But if I say, ‘I will not remember Him or speak anymore in His name,’ then my heart becomes like a burning fire shut up in my bones;     and I am weary of holding it in, and I cannot endure it.” (Jeremiah 20:9). Jeremiah could not keep still! 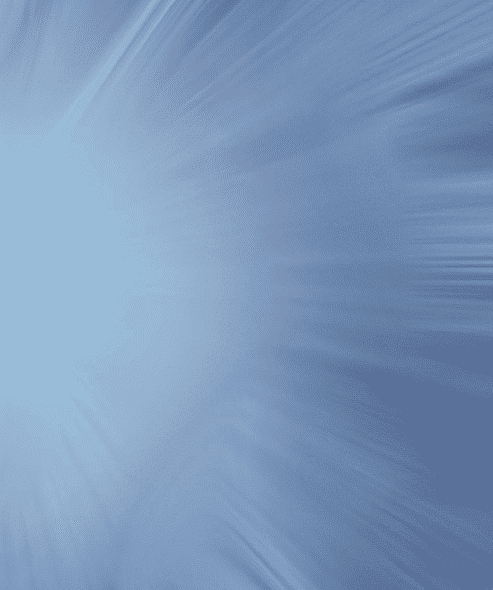 In the New Testament, Peter and John were threatened by the Sanhedrin. They were basically told that could continue to heal people and go on with their preaching; they just could not do it in the name of Jesus. Peter and John reply: “Whether it is right in the sight of God to give heed to you rather than to God, you be the judge; for we cannot stop speaking of what we have seen and heard” (Acts 4:19, 20).

They could not stop! They were irrepressible witnesses. They had seen and heard the Lord Jesus. How could anyone expect them to stop witnessing for Him when they knew Him to be the long promised Messiah? They knew Jesus of Nazareth was the one for whom all of Israel waited.

How can we stop bearing witness of our Savior when we know He is the only way to heaven? There is no other! Jesus said that those who truly believe in His saving work accomplished once for all at Calvary will be His witnesses. We can do no other.

If you take the time to read Peter’s sermon on that first Pentecost, you will notice he does not mince his words. He is very straightforward in what he tells the crowd that has gathered. “This Jesus, whom you crucified,” he tells the crowd. People have to know that they cannot go on living in sin and expect God to save them. You know that’s true, don’t you? Then why aren’t you telling people about that?

Paul tells people everywhere about what God has done for him through Christ. He is a changed man because of Christ. As a Christian, you are a changed person, as well. The power of Christ and the work of the Holy Spirit have changed you! How can you keep such good news to yourself? “You will be my witnesses,” Jesus said.

The Power to Witness

When you witness for Christ, you are not on your own. Jesus said, “You shall receive power when the Holy Spirit has come upon you” (Acts 1:8). That power comes from Christ. The wicked rulers who told Peter and John no longer to speak about Jesus marveled over the courage and ability these men had. Here’s the way Acts 4:13 puts it: “Now as they observed the confidence of Peter and John, and understood that they were uneducated and untrained men, they were marveling, and began to recognize them as having been with Jesus.”

They had been with Jesus. Even the Sanhedrin had to acknowledge that a special power was enabling these men to do what they did. That power is the person of the Holy Spirit.

In Luke 11:13 the Lord promises that special power to the church. He freely gives the Holy Spirit to whoever will ask for Him. Through the Holy Spirit, you will be witnesses of the glorious good news of the gospel.

Rev. Wybren H. Oord is the co-pastor of the Trinity United Reformed Church in Lethbridge, Alberta, Canada. He is also the editor of The Outlook.