In seminary I studied beside talented women who wanted to become pastors. Opponents of women’s ordination struck me as old-fashioned and cranky. I read books and articles which said it was permissible, even required, for women to serve in all church offices. My regard for women’s abilities made me eager to find Scriptural, scholarly support for female pastors.

I did not find what I wanted. The more I studied arguments in favor of women’s ordination, the more hollow they sounded. The more I examined the church’s historic position, the more solid and Scriptural I found it to be, whether I liked it or not. The office of pastor or spiritual overseer, I found, is for certain men and not for women. Much as I might want to think otherwise, the case is too strong at three levels: practice, precept and principle. 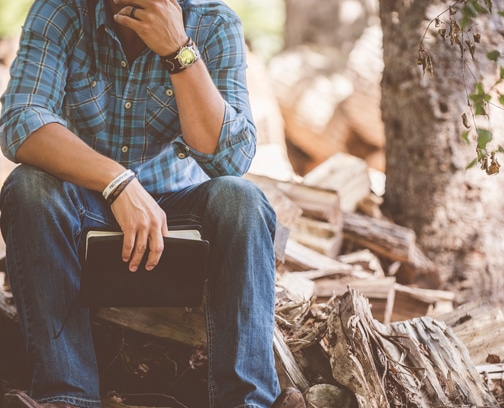 Consider the historic practice of God’s people. In Old Testament Israel, priests were officially responsible to lead public worship rituals and to teach the law of Moses. Without exception, these official leaders and teachers were men.

When Jesus came to earth, He maintained the practice of having only men as official leaders. Jesus had many followers, women as well as men, but when Jesus chose twelve apostles to serve as leaders, all twelve were men.

This is all the more striking in light of how much women mattered to Jesus. Prime examples include Jesus’ mother Mary, the prophetess Anna who spoke about baby Jesus, the women who followed Jesus and supported His ministry, and the women who were the first to see the risen Christ. Jesus treated women as daughters of God, as intelligent learners, as partners in His mission, and as witnesses for Him. And yet when our Lord chose official leaders for His church, He chose twelve men.

Male leadership continued through New Testament times and beyond. As the early church grew, women were vital members but the elders and pastors were always men. When the church faced persecution, women were among the heroes and martyrs, but only men held the positions of official teaching and oversight “in all the congregations of the saints” (1 Corinthians 14:33). Some cults that spun away from Christianity into Gnosticism or goddess worship would ordain women as priestesses, but the church never did. With each passing century, responsibility for official teaching and church governance remained a task for men.

Why did this practice remain the same for so long? Was it because men were thought to be smarter or more spiritual than women? No. Sinful bias did creep in at times, but that was not the reason for restricting the ruling offices to men. The church through the centuries, whatever its failings, was well aware that women could know Scripture as well as men, sometimes better, and that women could be just as holy as men, sometimes holier. Yet the church insisted (as a fifth century statement put it), “A woman, however learned or holy, may not presume to teach men in the assembly…a woman may not presume to baptize.”

If being a pastor or bishop were only a matter of intelligence, integrity or ability, the church would have ordained women to the teaching and ruling offices of the church long ago. It didn’t take the church two thousand years to notice the wisdom and purity of many Christian women. These qualities were evident all along. Nevertheless, throughout Scripture and church history, official church leadership was reserved for men.

Given the biblical and historical practice, does that just happen to be the way things turned out? Or is there a precept, an explicit command from God, that was being followed?

The Israelites didn’t just happen to end up with a male priesthood. God ordered it. God didn’t command Moses’ sister Miriam and her daughters to become priests. He commanded Moses’ brother Aaron and his sons to become priests (Numbers 3:10).

Now that Jesus is our perfect high priest and sacrifice, ritual sacrifices and Aaronic priests are no longer needed. But God’s people still need official leaders who teach and exercise authority in Jesus’ name. The New Testament uses the word pastor, a shepherd responsible to care for God’s flock. The New Testament also uses the word overseer, usually translated as “elder” or “bishop,” someone responsible for supervision of souls.

These leaders are responsible for teaching sound doctrine in the church’s official gathering, admitting people to the church through baptism, supervising the Lord’s Supper, and excluding from the Supper and from the church those whose doctrine and life oppose the way of Christ. Together with these official, authoritative acts, leaders must mobilize and coordinate the spiritual gifts of God’s people under their care, in order to build up the church and advance God’s mission in the world.

The apostle Paul lists a number of qualifications that are necessary for those who officially teach and exercise authority: godly character, sound doctrine, and ability to teach and lead. Paul speaks of men who are faithful to one wife and manage their family well. Lest there be any doubt that this means males only, the apostle says, “I do not permit a woman to teach or have authority over a man” (1 Timothy 2:12).

Paul does not mean that women may never teach anything or have any kind of authority. He is talking about becoming the official teacher of doctrine in public worship and about the authority connected with such an office. Elsewhere Paul speaks approvingly of women prophesying, sharing God-given insights with others. He speaks of women as partners in spreading the gospel. But on this matter of official teaching and authoritative supervision of a congregation, Paul says, “I do not permit a woman to teach or to have authority over a man.”

This is not just a suggestion which we might be unwise to ignore; it’s a command which we would be wrong to disobey. “Do not permit” means it’s not allowable, not merely that it’s not advisable. This is the precept of Christ’s apostle, writing with the Lord’s authority under the Holy Spirit’s inspiration.

After saying, “I do not permit a woman to teach or have authority over a man,” Paul goes on to explain: “For Adam was formed first, then Eve. And Adam was not the one deceived; it was the woman who was deceived and became a sinner” (1 Timothy 2:13–14). Paul does not merely give advice for a particular time and situation. He appeals to a principle established at creation and violated in the Fall: the principle of male headship.

God created a man first, then formed a woman from him and for him. “For man did not come from woman, but woman from man; neither was man created for woman, but woman for man” (1 Corinthians 11:8–9). When the man and the woman first met, the man took the lead by naming her and defining her in relation to himself (Genesis 2:23). God’s order of creation was Adam first, then Eve. Satan’s order of temptation was Eve first, then Adam (“it was the woman who was deceived”). But God’s order remained Adam first. After Adam and Eve sinned and hid, the Lord called to the man, “Where are you?” (Genesis 3:9). Although Eve sinned first, God addressed Adam first. Primary responsibility remained with the man.

Male headship, established at creation, violated during the Fall into sin, then reaffirmed by God, is the principle which underlies the precept and practice of ordaining men as leaders in the church. God wants godly male leadership in the home and in God’s household, the church. Indeed, a man’s ability to lead his family is a mark of whether he can lead God’s church. “If anyone does not know how to manage his own family, how can he take care of God’s church?” (1 Timothy 3:5).

Male headship expresses God’s creation design. It reflects the relation between Christ and His church (Ephesians 5:23). It even parallels life within the Godhead: “The head of every man is Christ, and the head of woman is man, and the head of Christ is God” (1 Corinthians 11:3). As God the Father and Christ are united and equal, with the Father leading and Christ submitting, so man and woman are united and equal, with complementary roles in family and church.

There is good reason, then, to believe it is God’s will for His church to ordain only men as elders and pastors.

A congregation should not assume, however, that it is fulfilling biblical teaching just because it doesn’t ordain women. There’s much more to being biblical than saying what women shouldn’t do. Churches must value and encourage women in the many things God calls them to do. Churches must confront and condemn distortions of male headship, such as dominating or denigrating women. Churches must build up God’s daughters and encourage them to use their spiritual gifts in appropriate ways. If a congregation upholds male leadership but wrongly stifles women’s gifts and neglects their needs, it is worse than a congregation which values women but wrongly ordains them to all offices. It is worse to have a plank in one’s eye than a speck of sawdust.

Still, even though planks do more damage than specks, let’s not pretend that sawdust helps the eye or improves vision. Ordaining women may not be the worst error, but it is an error.

Veterans of long-running debates over women’s ordination sometimes complain, “We’ve been studying this for decades and nobody’s mind is likely to change anymore.” But many, especially those of us under 40, have not studied it so long and may not be so entrenched as battle-weary veterans think.

Many church members, including office bearers, have never heard a sermon about whether women should be ordained. Many pastors (on either side of the issue) say little or nothing about this from the pulpit. Although they vote in ecclesiastical assemblies, they want to avoid local controversy and never preach on the subject to their own people. So unless the people study the matter on their own, they may have no dear understanding of why Christian churches throughout history (and most churches still today) have ordained only men as pastors and elders.

Not everyone’s position is set in cement. Some haven’t given it much thought. Others have tentative opinions but not firm convictions. They lean in a direction they happen to like (as I once did) but may be persuaded otherwise if they consider the case for the church’s historic understanding of biblical teaching on this matter. At any rate, if it’s up to congregations whether they should ordain women or not, it’s more important than ever for members and office bearers to understand the church’s historic position before deciding whether it should be changed.

This article was originally published in The Banner and is reprinted with permission.

Rev. David Feddes is the Radio Minister of the Back to God Hour of the Christian Reformed Church.